There's no Trump without Palin: Meghan McCain scolds conservatives for backing Trump — forgets this is the party her dad helped create

How ironic: McCain bemoans the GOP abandoned “conservative principles for the cult of personality and celebrity” 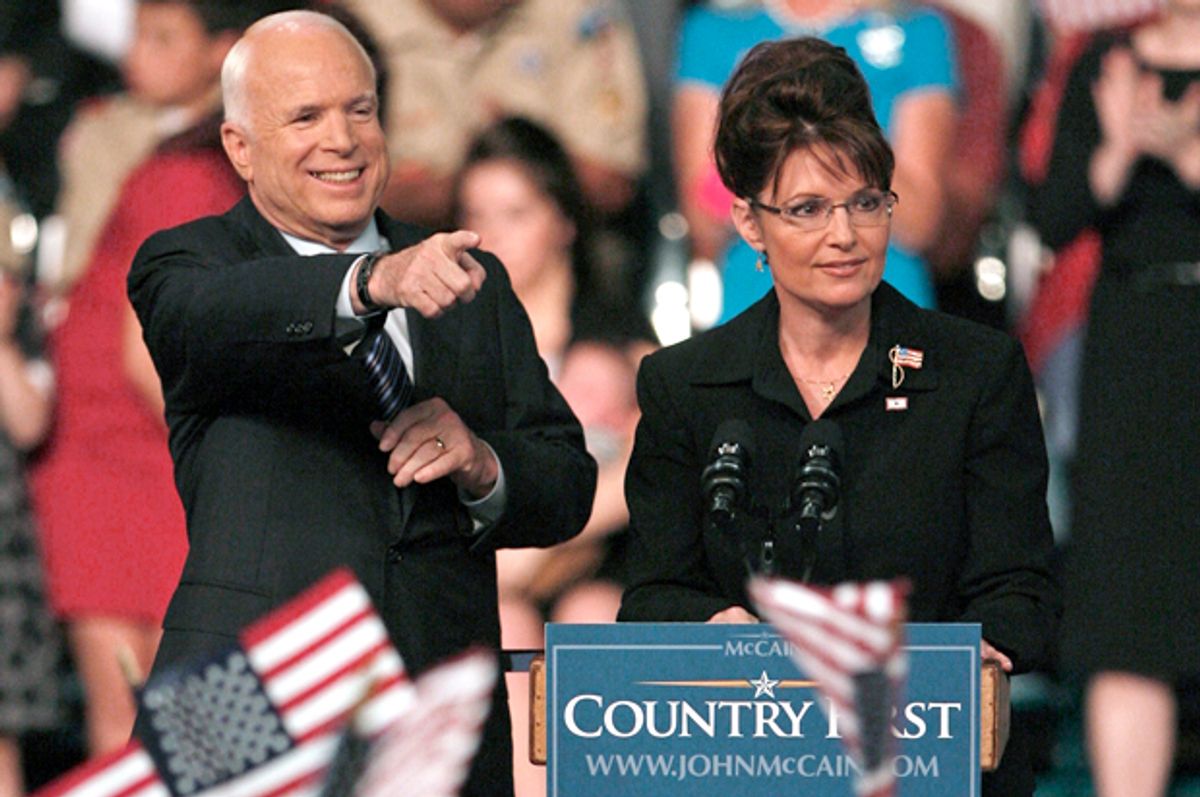 Donald Trump's coronation as the GOP nominee will present plenty of opportunities for Republican amnesia and short-sightedness. The easiest thing to do, if you're a conservative Republican, is to dismiss Trump as an aberration, as if his candidacy emerged out of a whirlwind. But that's the work of revisionist historians, not honest observers of the last decade of Republican politics.

Consider this recent tweet by Meghan McCain, the daughter of John McCain and now a commentator for Fox News:

I hope history remembers those who gave up their conservative principles for the cult of personality and celebrity. And those who didn't.

The myopia here is staggering. Although she didn't respond, I asked Meghan if she remembers an obscure, half-forgotten figure named Sarah Palin? I asked because, in so many ways, there is no Trump without Palin. Palin was Trump before Trump. The rambling incoherence, the vacuousness, the reality TV theatrics, the ghastly marriage of ignorance and confidence – Palin brought this to national politics long before Trump did.

And it was Meghan's father, John McCain, who foisted this catastrophe upon the country.

It was the bottomless cynicism of McCain, the once serious Senator from Arizona, who helped pave the way for Trump. He sold his soul to the conservative media-industrial complex the day he choose that buffoonish celebrity as his running mate, a woman he knew was woefully unprepared for the job. And he choose her precisely because of her potential celebrity, because she polled well with evangelicals and because she was the darling of right-wing media.

Like Trump, Palin had no governing philosophy, no vision, and lacked a basic understanding of political life. But she was greeted as a rock star by conservative pundits, who were convinced they could sell her to the base. Trump no doubt noticed this, and took from 2008 an obvious lesson: Win the headlines and Republican primary voters will follow.

Palin proved, beyond any reasonable doubt, that “personality” and “celebrity” trumped conservative principles in today's Republican Party. She proved that a substance-free media-centric strategy could work at the highest level of politics. Palin was dangerously unlettered, and yet the attention she received propped her up to an extraordinary degree. If they weren't facing an historical candidate in Obama, they might have succeeded. That we came this close to that reality ought to have been a turning point for the country and for the Republican Party. But it wasn't. And Trump confirms it.

Meghan McCain's tweet obscures an essential truth: The Republican Party abandoned “their conservative principles for the cult of personality and celebrity” in 2008, when they put Sarah Palin, a vain, unstable, and dishonest naif, a 71-year-old's breath away from the Oval Office. And they did it because they knew they could, because they knew the party of Fox News would take the bait.

This is the same party that, today, is falling for Trump's transparent con job. Complain all you want about “conservative principles,” Ms. McCain, but don't act surprised. This isn't new. This is the party of Sarah Palin, the party your father helped build.

And now it's the party of Donald Trump.