"This is not a reality show": President Obama scolds the media to get serious about Donald Trump

"As a general rule I don't pay attention to Mr. Trump's tweets," Obama told reporters when asked about taco bowls 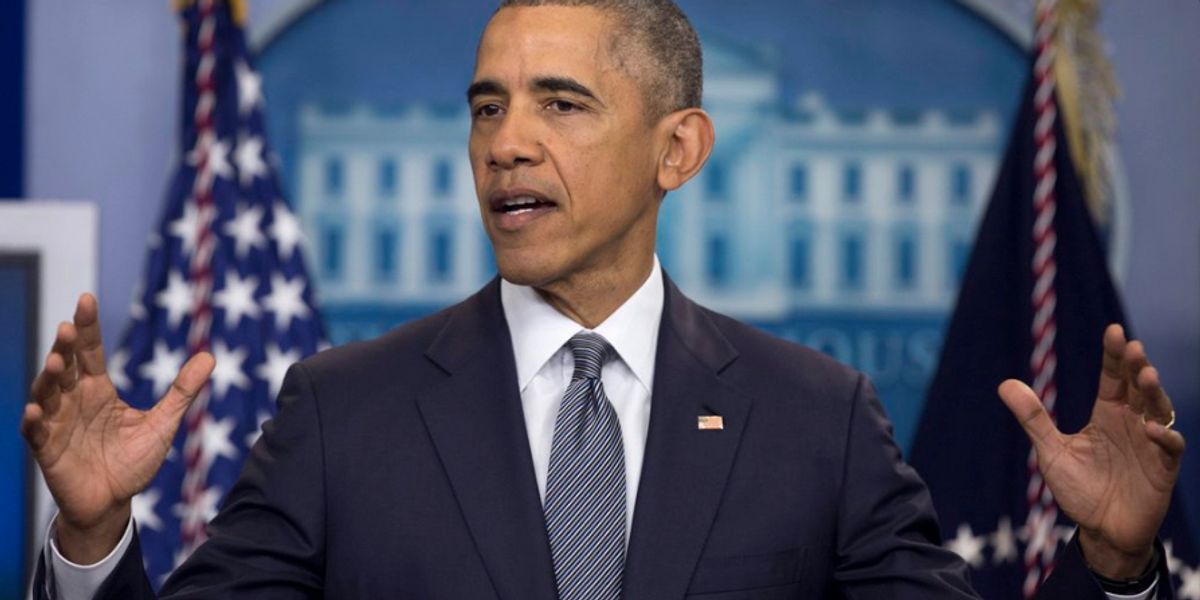 "I just want to emphasize the degree to which we are in serious times and this is a really serious job," the president said on Friday during remarks on the economy in the White House press briefing room.

“I think it’s important for us to take seriously the statements he’s made in the past," he told a reporter when asked for his reaction on the business mogul becoming the unlikely "presumptive" Republican Presidential nominee. The president said that Trump had a “long record that needs to be examined.”

"But most importantly, and I speak to all of you in this room as reporters as well as the American public," Obama said, "this is not entertainment."

"This is not a reality show," he asserted.

"This is a contest for the presidency of the United States," Obama reminded reporters. "What that means is that every candidate, every nominee, needs to be subject to exacting standards and genuine scrutiny."

"It means that you got to make sure that their budgets add up," he told the gathered journalists. "It means that if they say they've got an answer to a problem, that it is actually plausible and that they have details for how it would work."

"And if it is completely implausible and would not work," Obama added, "that needs to be reported on. The American people need to know that."

"If they take a position on international issues that could threaten war, or has the potential of upending our critical relationships with other countries, or would potentially break the finicial system," Obama posited, "that needs to be reported on."

“What I’m concerned about is the degree to which reporting and information starts emphasizing the spectacle and the circus. Because that’s not something we can afford,” he warned.

“The one thing that I’m going to really be looking for over the next six months is the American people are effectively informed about where candidates stand on the issues,” he said. "If that happens, then I'm confident our democracy will work," Obama concluded.

Obama on Trump: "This is not entertainment. This is not a reality show." https://t.co/f9JG04B1wG pic.twitter.com/yWanVyV3zE

As the Washington Times pointed out, three of the four questions Obama took from reporters were about Trump, including one about Trump's patronizing Cinco de Mayo tweet of a taco bowl.

"As a general rule I don't pay attention to Mr. Trump's tweets," Obama told the reporter, predicting he would continue to ignore Trump's tweets for the next six months.

Obama: "I have no thoughts on Mr. Trump's tweets." https://t.co/hRv8FxUIJT pic.twitter.com/uzrWmgLmEO — Washington Examiner (@dcexaminer) May 6, 2016