"These are all actual quotes from discouraged Republicans," she said, "so if you know one, be nice!" 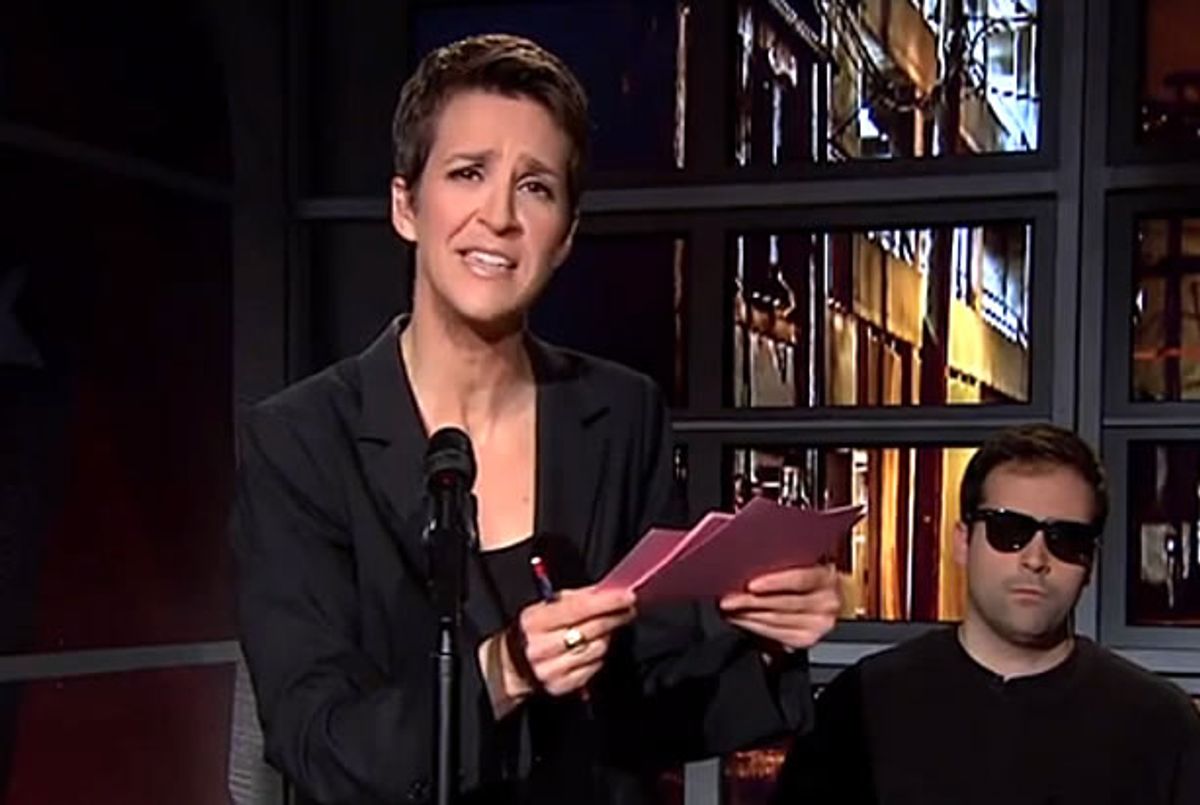 On the Thursday edition of her MSNBC program, Rachel Maddow decided to "honor the concerns" of Republicans aghast at the fact that Donald Trump will be their party's presidential nominee in the most sensible way possible -- by transforming those concerns into beat poetry.

Accompanied by a man in black playing a bongo, Maddow read the howls of aggrieved Republicans as if they were written on the road in 1957. "Donald Trump is a proto-fascist grotesque," she read, "with zero political experience and poor impulse control."

"If the Republican Party becomes the party of David Duke and Donald Trump," Maddow continued, "I'm out."

Indulge in some schadenfreude by watching the entire segment below via MSNBC.