Welcome to the dark side, Mr. Trump: Dick Cheney says he'll support the billionaire in the general election

Cheney recently accused Trump of "sounding like a liberal Democrat," but will still back the Republican nominee 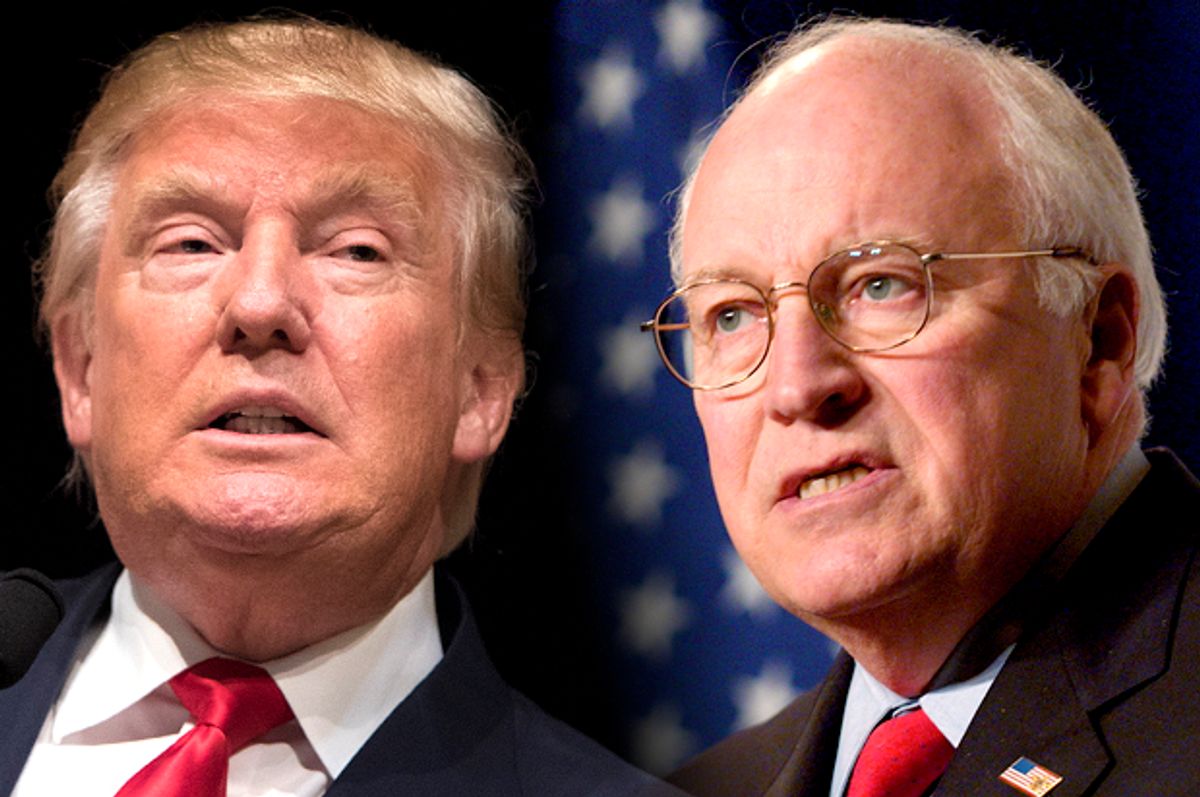 Add Dick Cheney to the list of Republicans who will support Donald Trump's presidential bid. The former vice president and Darth Vader admirer told CNN on Friday that he will support his party's nominee, as he says he always has.

Cheney's announcement comes soon after other Republican elder statesmen, including Mitt Romney, John McCain, and George W. Bush, announced they would not attend the Republican National Convention this summer, highlighting tensions within the party fueled by Trump's rise. Former presidents George H.W. Bush and George W. Bush, both of whom Cheney served under, reportedly will not endorse Trump or comment on his campaign.

Lindsey Graham, who has been one of Trump's harshest Republican critics, told CNN he was surprised at Cheney's announcement. "Dick Cheney's a great man," Graham said. "We see the world a lot alike when it comes to foreign policy. I can understand when people want to support the nominee of the Republican Party. I would like to be able to do that, but I just can't."

In February, Cheney criticized Trump for "sounding like a liberal Democrat" after Trump accused Cheney and George W. Bush of lying about Iraq's possession of weapons of mass destruction. Despite these harsh words, in the same interview Cheney emphasized his loyalty to his party and said he would support the Republican nominee.