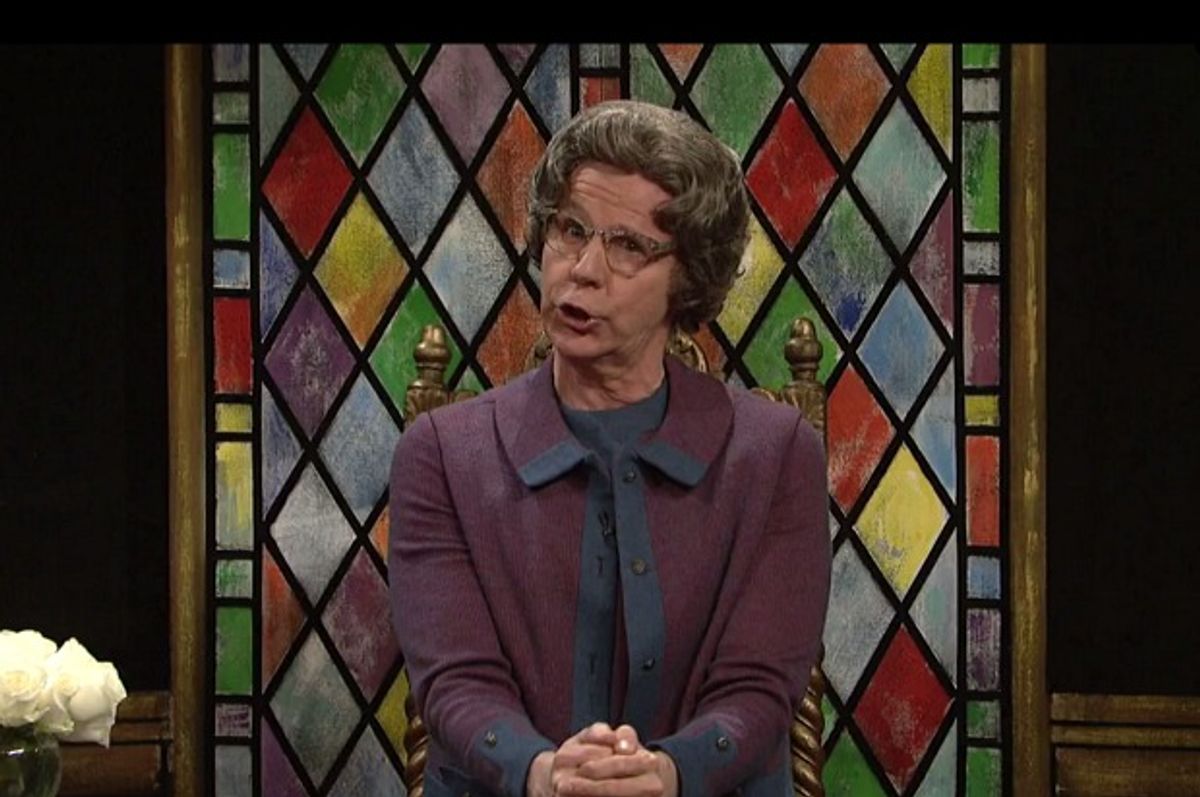 "Saturday Night Live" alum Dana Carvey returned for last night's cold open and brought back an old favorite character, Church Lady, to opine on "the exciting presidential match-up between a godless liberal Democrat and Hillary Clinton." After tsk-tsking at the "strumpets, street walkers and sluts" of the Met Gala, including digs at Madonna and Beyoncé, Carvey brought Ted Cruz (Taran Killam) on to claim that his whole disastrous campaign, down to dropping out after his last primary defeat, was "God's plan."

"Was it God's plan to get humiliated by an orange mannequin?" Carvey inquired. "Tell me, Ted Man Walking, what are you going to do now?"

Cruz's plan: "I've been told to go to hell so many times I think it's time to check it out."

Then Darrell Hammond showed up with his epic combover of a Donald Trump impression. When Church Lady quizzed him on Scripture, Trump had all the tremendous answers: "2 Genesis 2 Furious, which says, and I quote, love thy neighbor as thyself, and like a good neighbor, State Farm is there. And always keep the Sabbath yoooooge — that's Moses. Oh, and the part where Jon Snow comes back to life, that's great Bible."

Then Ted Cruz returns, in his new form. Check it out: