I've spent years writing books. Novels, no less. And for what? I'm turning my hand to the one thing that pays. Sex 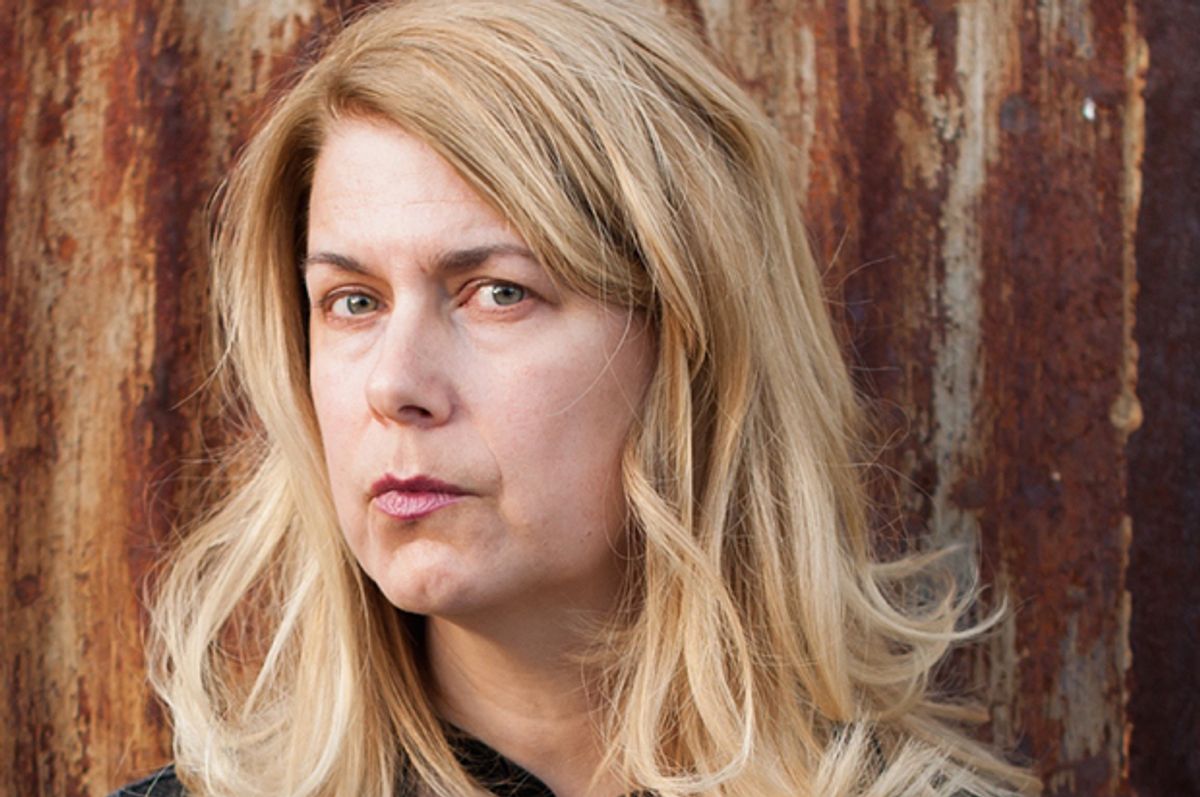 It seems to me that the time for subtlety, in our American life, has passed. Do we look for subtlety in news media nowadays? In pop music? In fashion? In TV, movies? Even in visual art, is subtlety what we seek out and richly reward? Do we seek delicate phraseology in politics or other forms of public life?

Why, then, is literary fiction, that boutique culture where I’ve set up my modest shop, such a stubborn holdout? One thing: sheer arrogance! We offer no popcorn, no concessions of any kind, not the Raisinets, not the sour gummy worms, not the Junior Mints. We offer no booming sound system. We offer no beautiful actors. We offer no dance performances and only the most minimal costuming. We certainly don’t offer libations. Not even wine or beer. Much less cocktails. Strictly BYOB.

Black words on a white page. We figure we can get away with that. Laughable. Honestly. No wonder only a handful of us carve out a living from this activity. Give us a few years, we’ll have to cast our lot in with the poets. Those poor saps. No one bothered to tell them about Elvis. Aretha Franklin. The Beatles. David Bowie or Prince, RIP. Man, even Taylor Swift! Guys, newsflash. These people took your jobs. You’re done. Go start a commune in Saskatchewan. Grow mung beans. Do something useful. Jesus.

Sometimes the folks in Hollywood will make a movie from one of our books, or say a TV show. And most times, when this happens, they remove the subtlety — that shit doesn’t make bank. They buy the book, cut out the subtlety in a swift, surgical strike, and there you go. Movie. Sometimes they make that work. Hallelujah! Then people give us some respect. Money, also. At parties, strangers are finally impressed. You write books? Uh huh. Anything I would’ve…they made a movie out of it? Shit! What did you say your name was? Hey, I really like your shirt. That’s nice, the contrast stitching there, over the…was that your husband you came in with? No? Is he your boyfriend?

But that’s a long shot, the movies. We don’t hold our breath waiting for Hollywood, or we’d be dead.

So we’ve got the unmoving words on the page. That’s the first black mark against us. Second: do we get to the point? How soon? Here’s the answer: no. We don’t get to the point, not for 200 pages at least. Sometimes 3,600, if we’re Knausgaard. At writing workshops they taught us to show not tell — well, showing takes time. We paint a slow picture. You can see the brushstrokes. We don’t get to the point, and sometimes when we do our readers don’t notice, in fact. It’s so couched in nuance it can fly right over a person’s head. What was that you said? I couldn’t quite make it out.

Third, sound bites. We don’t have them. No pull quotes. No celebrity names. Few if any pictures. The list of what we don’t have is a long one. Our tools for captivation are few, and often ungainly.

It’s also about exploitation, even brutal objectification. And that’s another salient comment. We like to objectify, because it’s a turn-on. If you’re thinking with empathy — a so-called “value” of a boatload of literary fiction — you’re not thinking let’s fuck. Empathy’s like pity. Or generosity. Or even a kind of charity. It is, in a sense, for wusses, and our American life is not for wusses. If it ever was, which I for one wouldn’t bet on, it’s not anymore.

Kneeling between her splayed-out legs, face buried in her juicy twat, he slowly stroked his wide shaft. Then he flipped her over, heaved her up onto all fours and thrust in from behind.

Let’s say you have a fireman, right? He’s dressed for a four-alarm fire, he’s got the fiberglass helmet, the pull-on boots and high-vis yellow jacket. He goes to a woman’s front door, rings the bell. She lets him in, wearing an apron. He instantly removes his pants. No one says, Hey, a fireman wouldn’t do that! You haven’t earned that moment! Back to the drawing board!

I’m going to ask a poet friend of mine to join me in my new American endeavor. He’s a really good poet and he needs the cash. He recently traveled to the Czech Republic, where people still like poetry — I’m not sure how that works, but maybe they don’t have access to iTunes or Spotify — and yeah, he mostly slept in the homes of well-meaning strangers or sometimes in barns or the beds of trucks, plus ate potato soup, but still it broke the bank. He’ll walk with me down this new path, I think. We’ll go together, hand in hand. For us the future’s shining bright.

Lydia Millet is the author of the novels Sweet Lamb of Heaven, Mermaids in Paradise, Ghost Lights (a New York Times Notable Book), Magnificence (finalist for the National Book Critics Circle Award and the Los Angeles Times Book Prize), and six other novels. Her story collection Love in Infant Monkeys was a Pulitzer Prize finalist. She lives outside Tucson, Arizona.