With strings, acoustic guitars and eerie atmosphere, the group's new album is chilly and brilliant 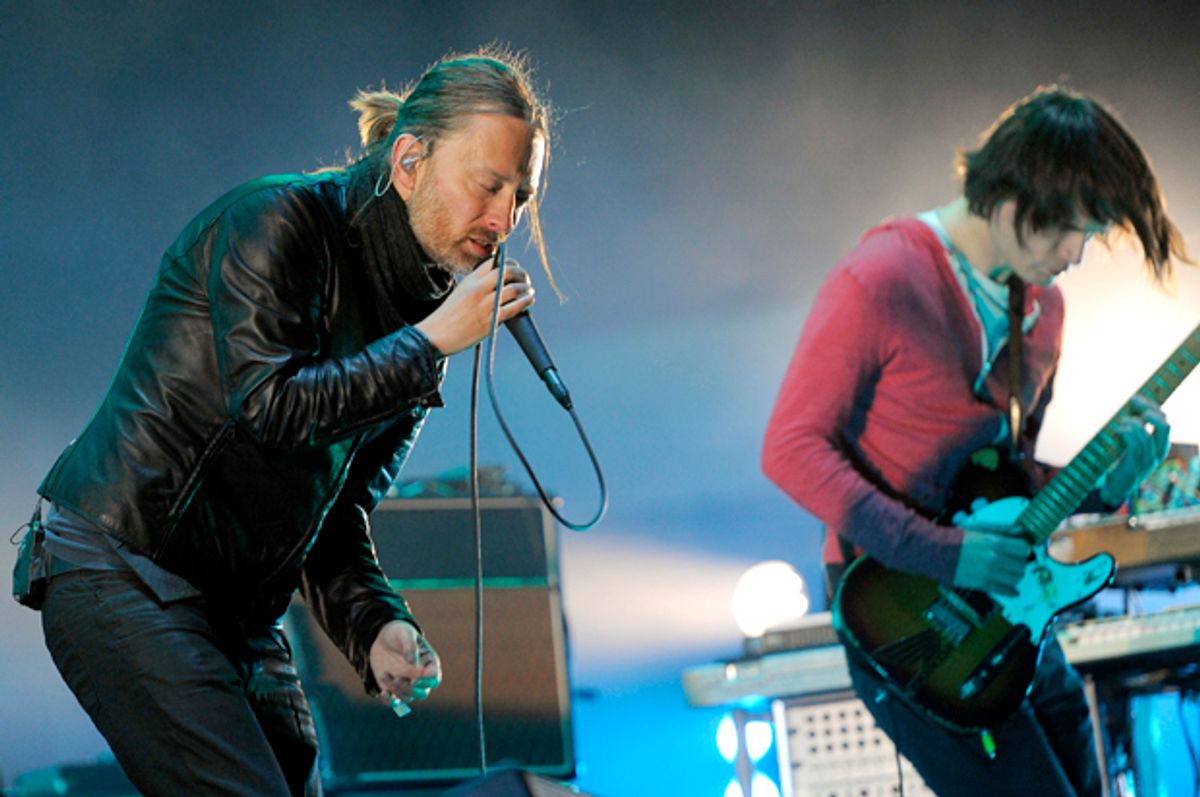 More than almost any band going, Radiohead changes drastically based on the way you listen to it. All music, of course, depends on its context, but Thom Yorke and his group of glowering Oxfordians make music that can be almost dull in some settings and absolutely galvanizing in others. Capitol, the band’s label, seemed to know this when it sent out review copies of 1997's “OK Computer” as a cassette locked into a Walkman: Give me your undivided attention, the packaging seemed to say, and you will find yourself transported the way you haven’t been since you fell in love with music in the first place.

Radiohead’s songs don’t always do that, but its new album, “A Moon Shaped Pool,” succeeds in all the ways we’ve come to expect from the band, and then some. If you want hooks and conventional song structures here, you’ll be frustrated. If you figured that the band’s five-year absence meant that it would return with something completely different, you’ll be let down as well.

But for low-key sonic experimentation, a weirdly intimate exploration of dread and alienation, an interest in splicing electronica and classical minimalism into rock songs, this is a great and fully realized album. It goes places emotionally most popular music doesn't get close to.

While it’s not the full-blown orchestral project some had looked forward to, “A Moon Shaped Pool” uses strings often and well, from the stabbing staccato of opening track “Burn the Witch” to the more meditative work on “Glass Eyes.” There are also eerie washes of choirs on these songs, like the voices that kick in on “Decks Dark.” Acoustic guitar shows up on more tracks than we’re used to for Radiohead.

This is mostly an album of slow to medium tempos and under-the-surface effects, but some of the songs develop in startling ways. “Present Tense” sounds like a familiar Radiohead dirge, crossed with a bossa nova, until it picks up momentum with amped-up percussion and swooning background vocals partway through.

With the exception of a song or two, much of “A Moon Shaped Pool” shows how Jonny Greenwood’s score writing (most clearly, for “There Will Be Blood”) has come back home and remade Radiohead’s music. So it’s a significant turn away from “The King of Limbs,” the group’s last LP, which was built much more on electronic beats and jagged rhythms. (I could have done without the new song “Ful Stop,” which sounds like it was left over from that album: It’s got some inventive guitar playing but feels out of place here.)

Would the album have been better with a few more filled-out, extroverted tracks like “Identikit”? Maybe. But the recording has a very definite shape, including the way it drifts into nothingness with the piano-driven version of “True Love Waits,” a song that’s been part of the band’s live set but never been released on a studio album.

Lyrically, the album offers Radiohead’s usual plate of dread (“Panic is coming on strong/ So cold from the inside out” from "Glass Eyes") with what seems to be an environmental twist: “We are of the earth/ To her we do return,” on “The Numbers,” which was called “Silent Spring” when the band performed it live.

Play it in the background, and “A Moon Shaped Pool” might sound like any album influenced by “OK Computer” – drifting, lacking in focus, without force. But attend to it, and the album’s low-key genius and elusive qualities become powerful and just about perfect. Craftsmanship, atmosphere, and an ominous tone – the group has always been about these things, but with “A Moon Shaped Pool,” Radiohead has taken all of its strains to a very high level.