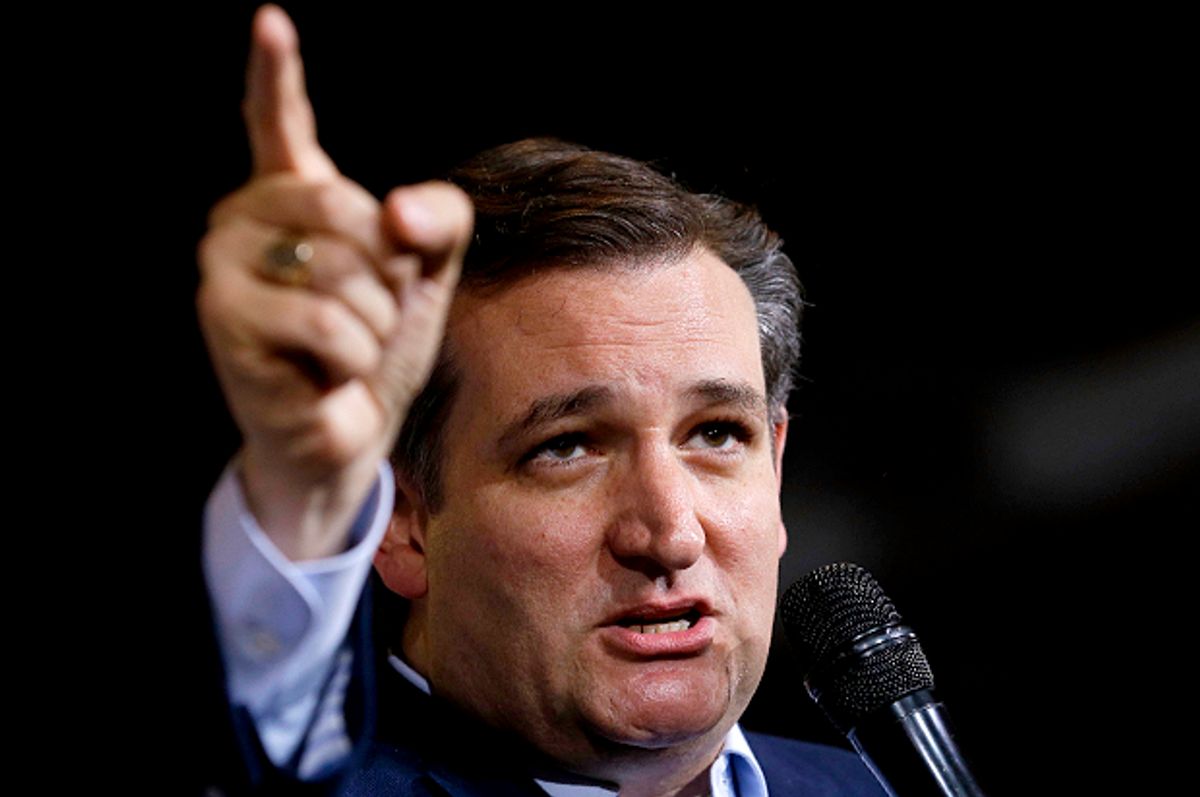 Ted Cruz may not have had the time to pick up his running mate, Carly Fiorinia, when she dropped off the stage after introducing him to voters in Indiana who would eventually go on to reject him as "your next president of the United States," but less than a week after dropping out of his ambitious race to the White House, some of his top aides are already rushing to make sure Cruz controls the Republican agenda in 2016 -- one way or another.

The New York Times reports that a group of Cruz advisers, lead by former Virginia Lt. Governor Ken Cuccinelli, are "mounting an effort to seize control of the Republican platform and the rules governing the party’s July convention":

In an email sent Sunday to pro-Cruz convention delegates, a top aide to the Texas senator writes that it is “still possible to advance a conservative agenda at the convention.”

Mr. Cruz is planning a Monday evening conference call where, as Mr. Cuccinelli writes, Mr. Cruz’s former officials plan to “discuss what we can do at the convention to protect against liberal changes to our platform, and how we can right the wrongs in the rules from 2012!”

“To do that, it is imperative that we fill the Rules and Platform Committees with strong conservative voices like yours,” Cuccinelli wrote, while Cruz made his first public apperance since dropping out of the race on Millionaire’s Row at the Kentucky Derby:

Cuccinelli, who had been in charge of wrangling convention delegates for Cruz before the candidate suspended his campaign, told the Times that this new “Cruz-Fiorina” sanctioned effort "is about protecting movement conservatism.”

Trump has already terrified conservatives and Republicans alike for his multiple positions on the minimum wage, abortion, and transgender bathroom bans.

“We want to have girls go in girls bathrooms,” Cuccinelli explained of Cruz delegates' issue with Trump shaping their party's platform this summer.

This, of course, comes as House Speaker Paul Ryan announced that if Trump so wishes, he'd be be obliged to step down as convention chair.