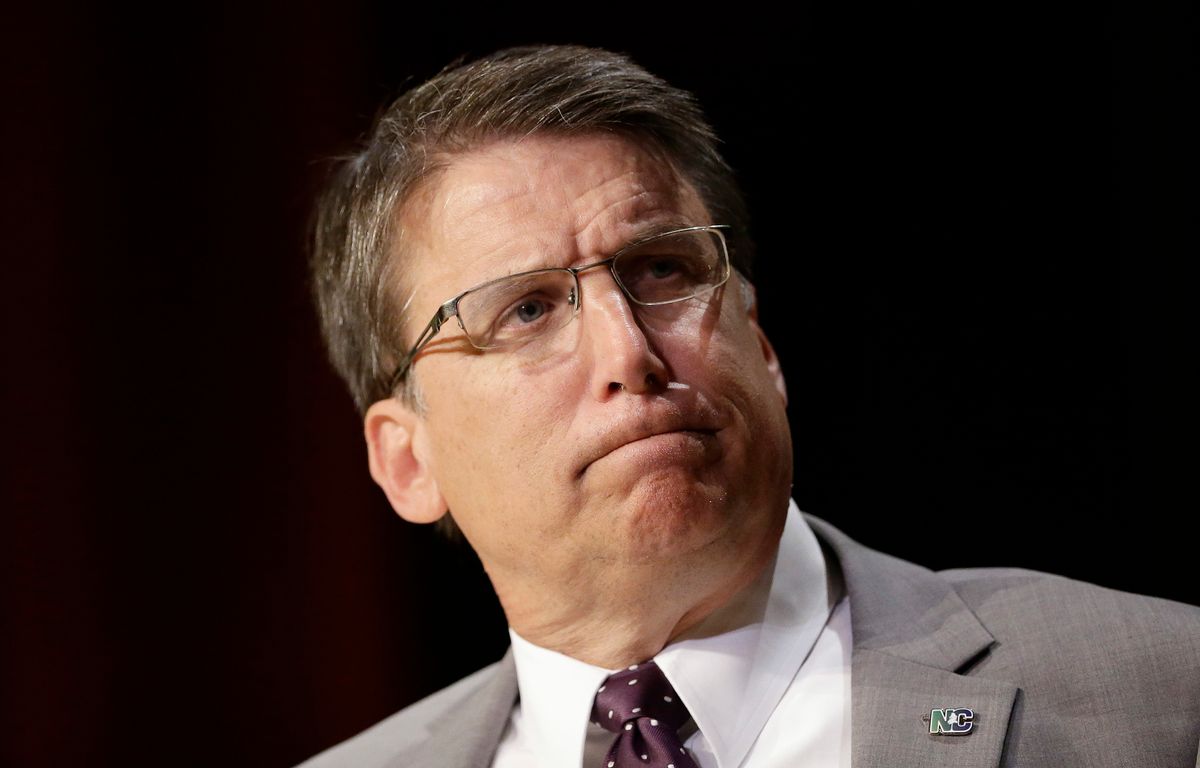 North Carolina Gov. Pat McCrory pauses while making comments concerning House Bill 2 during a government affairs conference in Raleigh, N.C., Wednesday, May 4, 2016. A North Carolina law limiting protections to LGBT people violates federal civil rights laws and can't be enforced, the U.S. Justice Department said Wednesday, putting the state on notice that it is in danger of being sued and losing hundreds of millions of dollars in federal funding. (AP Photo/Gerry Broome) (AP)
--

ABC News reports that North Carolina filed a lawsuit against the Department of Justice on Monday to defend House Bill 2, a controversial law that bars transgender people from using public restrooms that do not correspond with the biological sex stated on their birth certificate.

The state's action comes less than a week after the Justice Department warned North Carolina to repeal or stop enforcing HB2 by Monday or risk losing hundreds of millions in federal funding. According to the Department of Justice, HB2 violates the Civil Rights Act's protections against employment discrimination and discrimination based on sex.

North Carolina's lawsuit calls the federal government's stance "a baseless and blatant overreach." The state seeks injunctive relief against a halt to federal funding and a declaratory judgement to clarify federal law surrounding the issue.

North Carolina Gov. Pat McCrory appeared on Fox News on Sunday to push back against pressure from the Department of Justice. "It's the federal government being a bully. It's making law," he said, adding that the position amounted to the federal government "telling every university that accepts federal funding that boys who may think they're a girl can go into a girl's locker room or restroom or shower facility."

McCrory signed HB2 into law in March, drawing immediate criticism for the bill's anti-LGBT bias. In addition from barring transgender people from using the restroom that corresponds with their gender identity, the bill prevents local governments im the state from passing their own ordinances to protect LGBT rights.

Backlash against the bill has already had tangible effects on the state. Deutsche Bank and PayPal have halted plans to bring hundreds of jobs to North Carolina, and several musicians have cancelled high-profile concerts in the state to protest the bill, including Bruce Springsteen, Pearl Jam, Ringo Starr and Demi Lovato. Additionally, NBA Commissioner Adam Silver announced the league will not hold its 2017 All-Star Game in Charlotte unless the law is changed.