WATCH: Joe Scarborough gets into a fight with Donald Trump's Twitter feed on Morning Joe 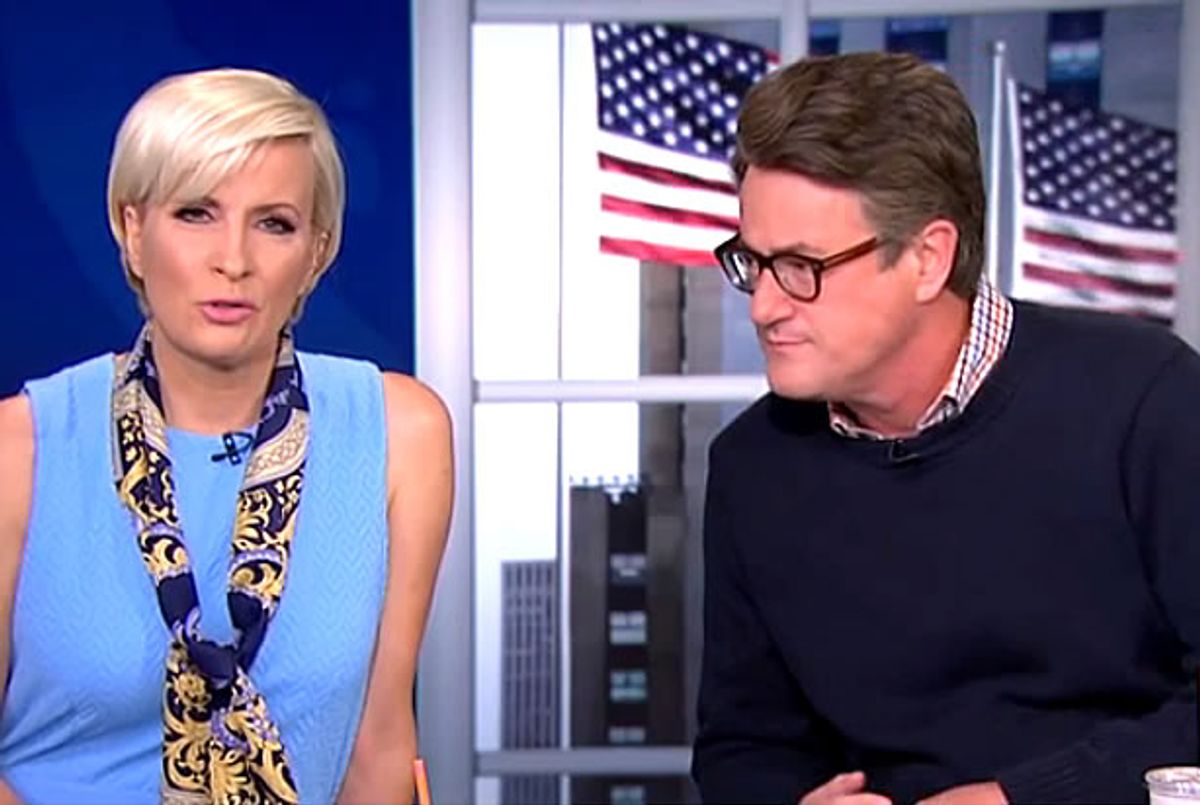 On Monday's edition of MSNBC's Morning Joe, co-hosts Mika Brzezinski and Joe Scarborough discussed the escalating Twitter war between Massachusetts Senator Elizabeth Warren and Republican presidential nominee Donald Trump -- and did so in real-time, reading Trump's tweets about their conversation on the air as he tweeted them.

Warren was unimpressed both the sentiments expressed and the time it took to express them:

Trump replied, as he did when President Obama was elected, by questioning her lineage:

Warren reminded everyone of this:

And then continued swinging:

It's fairly obvious to anyone who knows about argument that Warren demolished those Trump leveled against her, but in the interest of performing objectivity, the Morning Joe panel characterized the war of words as "Playground taunts between Trump and Warren," and devoted a segment to it.

The only person who seemed to understand how thoroughly Warren humiliated Trump was actually Donald Trump, who tweeted during their discussion that -- despite all the pretense of fairness and balance the panel showed him -- wrote:

Scarborough read that tweet live, on air, mere seconds after Trump posted it, saying "You know what? He watches! He watches!" He then directly addressed Trump saying, "it's funny when you say you don't watch this show -- I think it's cute."

He later criticized Trump for "still, at a time when he needs to grow and move into the general election ... picking petty fights with people he shouldn’t be fighting."