We're not saying they're good for nothing and can't care for themselves, but... 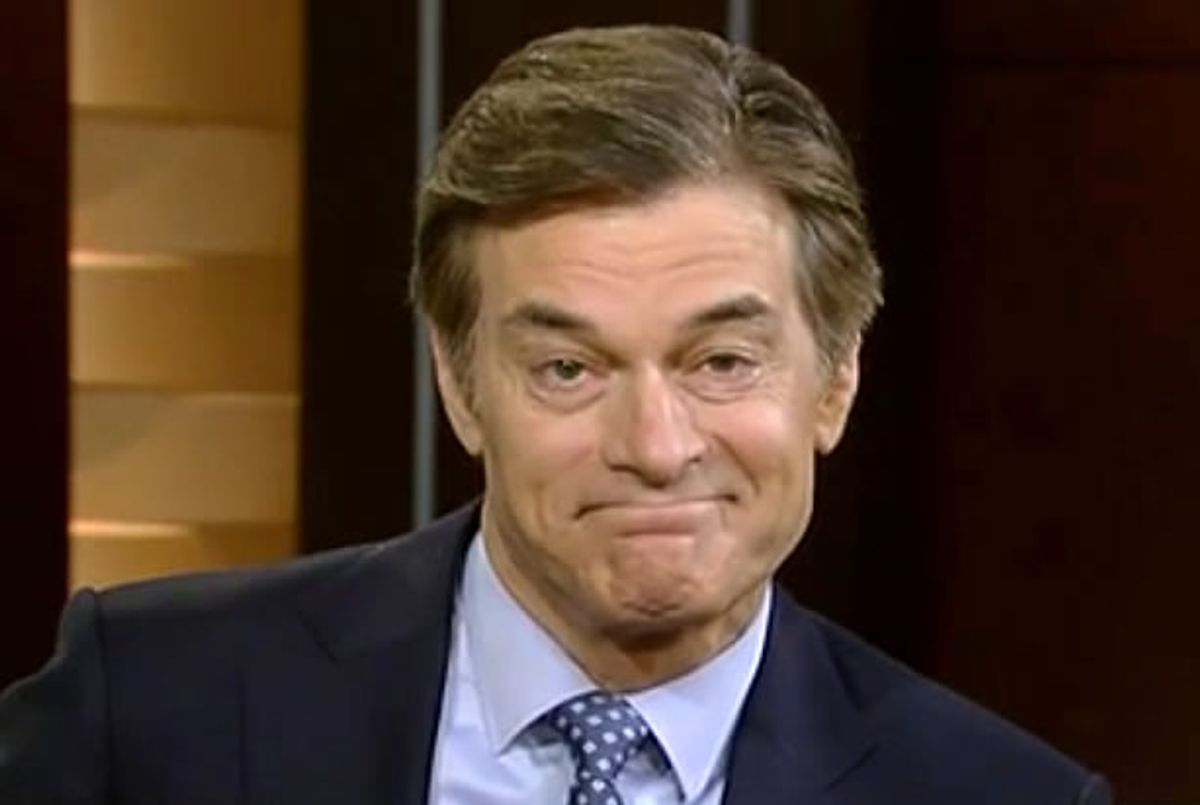 On Fox & Friends Monday morning, the regular gaggle welcome on discredited pseudoscientist Dr. Mehmet Oz to discuss how to maximize the health benefits of coffee -- which, according to him, is where "most Americans get the majority of their antioxidants."

It's entirely possible that every fact casually cited by Dr. Oz in this segment is incontrovertibly true -- but like a stopped clock, even a snake-oil salesman will be accurate every once in a while, so it would stand to reason that Brian Kilmeade and Steve Doocy would treat what Dr. Oz said as something less than gospel.

But, of course, they drank up every word he said with the same enthusiasm as someone reading the Bible just after discovering Jesus Christ is their Lord and Savior.

Dr. Oz informed them about which coffee to buy, how to store it, brew it, take it, and even drink it. He told them to avoid sugar, then asked the co-hosts "What's the other 'half' of 'half and half'?"

He continued, railing against the artificial sweetener industry, much as he does on his own show.