Could Google results change an election? "There’s never been a more efficient way to shift swing voters than this” 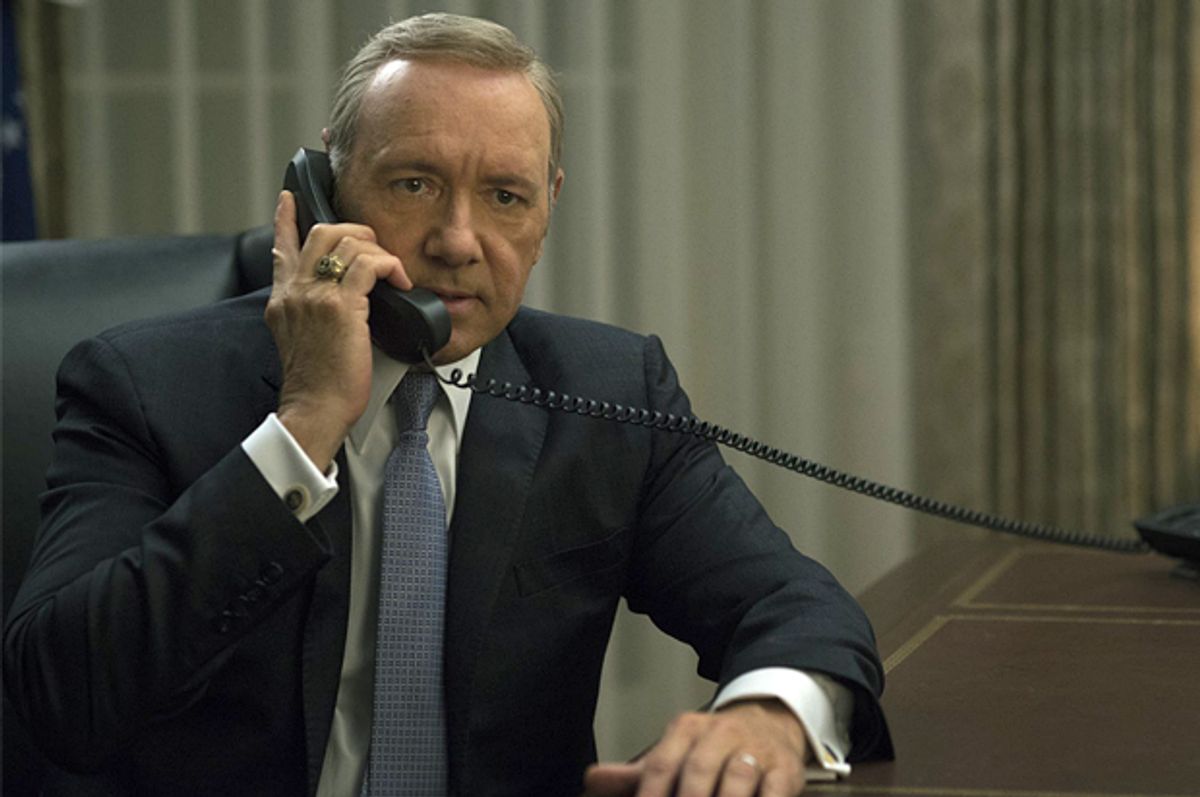 A story has broken in which former Facebook workers say they manipulated the social media giant's "trending topics" to keep conservative media outlets and stories that were actually popular on the site out of the high-profile sidebar. As Gizmodo reports:

Facebook workers routinely suppressed news stories of interest to conservative readers from the social network’s influential “trending” news section, according to a former journalist who worked on the project. This individual says that workers prevented stories about the right-wing CPAC gathering, Mitt Romney, Rand Paul, and other conservative topics from appearing in the highly-influential section, even though they were organically trending among the site’s users.

This comes after a “House of Cards” episode that discussed PollyHop, a fictional search engine that a rival to President Frank Underwood may be manipulating to tilt support. Because U.S. courts recently ruled that Search Engine Page Results are protected speech, the same way as a publication is, a certain amount of weighing is perfectly legal.

It’s not clear exactly what all of this means, but it suggests that our web surfing, including direct search and browsing "trending" topics, is not disinterested: Tech companies may be pushing us toward a result that company employees are hoping for.

To unravel this a bit, we spoke to Robert Epstein, a San Diego-based psychologist who has done extensive research into human-adjusted search engines and how they shape what we see and what we don’t. We spoke to Epstein, who is a senior research psychologist at the American Institute for Behavioral Research and Technology, from Washington, D.C. The interview has been lightly edited for clarity.

Should it trouble us that there seems to be human alteration of what is supposed to be raw statistical results?

Yes and no. All news services are selective in what they report. What makes this different is that Facebook’s audience is so large, and more and more people are getting their news through Facebook first. That’s very different. That’s as if Fox News was the only network in town.

But on the other hand, no one is claiming that what is happening that what’s happening at Facebook is being directed by management, except for these “insertions,” apparently. So the political bent probably has to do with who they choose to hire.

But we’re not seeing a top-down instance of people at the top trying to shift things politically.

What I’m saying is there’s no hard evidence yet. There were stories last week in which Zuckerberg said he was under pressure to use the influence of Facebook against Trump. The way he worded things, he seemed to be open to that idea. And he seemed to be open to the idea. But there’s nothing illegal about it: We’re talking about a world in which regulation and legislation is very behind.

I do not have a conspiracy bone in my body. But what I’m more concerned about, which is happening before our eyes, are these odd alliances… [I’ve seen] a document between Google and Yahoo, declaring that Yahoo might be drawing its search results, from this point on. And we’ve seen stories showing a détente between Google and Microsoft – that’s pretty scary, too. That’s the possibility that Google’s influence, which is enormous already, could spread to give it something like 100 percent penetration in the United States.

And right now it has roughly how much?

If you look at the Pew survey, which is what I trust the most, it would be 83 percent. It’s already pretty high… Now you have a partial monopoly becoming a full monopoly.

And if you connect this to the kind of research I’ve been doing, and see the kind of influence it gives to one company… It’s quite frightening.

So how much influence do Google search results have on our politics?

We estimate right now that Google search engine will be able to shift between 2.6 and 10.4 million votes. This is just Google, without any parallel activity in other search engines. Shifting votes to Hillary Clinton, and without anyone knowing what’s happening, and without leaving a paper trail.

How does this happen – by re-ordering search results?

This translates into a lot of undecided voters. You can’t shift everybody – but you can shift the key people in a close election. There’s never been a more efficient way to shift swing voters than this – what we call SEME, Search Engine Manipulation Effect.

You wrote a piece last month with the headline, “In the future, Big Data will make actual voting obsolete.” Tell us where you were going with this.

I wasn’t predicting that in the future, Google would handle our voting. I was saying that they have our data right this second. They probably run that tabulation multiple times a day. From our emails, from our use of Waze, from more than 60 different platforms, they know how we are gonna vote, who we are gonna vote for.

It sounds like we don’t know what’s happening in detail at these tech companies, but we as a society are susceptible to having our votes manipulated in significant ways.

Yes – we’re highly susceptible. But it goes way beyond that. This is stuff we haven’t published yet. We’ve gone way beyond voting now – we’ve looked at attitudes about fracking, attitudes about homosexuality, about abortion…. And we’re seeing exactly the same kinds of shifts. And that gets to be really, really scary: Whatever executives or rogue employees might be doing at these companies, I don’t even care. The algorithms that they use alone…

They’re not programmed with equal time rules. So for any issue under the sun, the algorithms are putting information into a certain order. We don’t now exactly that rules they’re following. But when they do that, they’re shifting opinions. And not of a small number of people. A massive number of people –

And if the top people at these companies are not keeping track of these things, then we’re living in a completely crazy world. Someone’s got to keep track of these things. And when it comes to politics, there has to be equal time rules built in. Because there’s never been a source of influence like this.

Margins that can be controlled by one online technology… Half of the elections in the United States have been won with margins less than 7.5 percent.

If we’re right – we’ve done experiments with more than 10,000 participants – this is happening, it’s been happening for years. With each passing year, the impact, the influence, is simply getting bigger. If no one is minding this store, then historians will look back and say this is insanity.

And if someone is minding the store, that’s also quite bad – it means the top people at various companies know about these things, and are using them deliberately to further the ends of their companies.