Donald Trump is just this dumb: He doesn't even know what he doesn't know -- but his latest ignorance is breathtaking

This could only come from someone who has no idea how bond markets, our legal system, and the world economy work 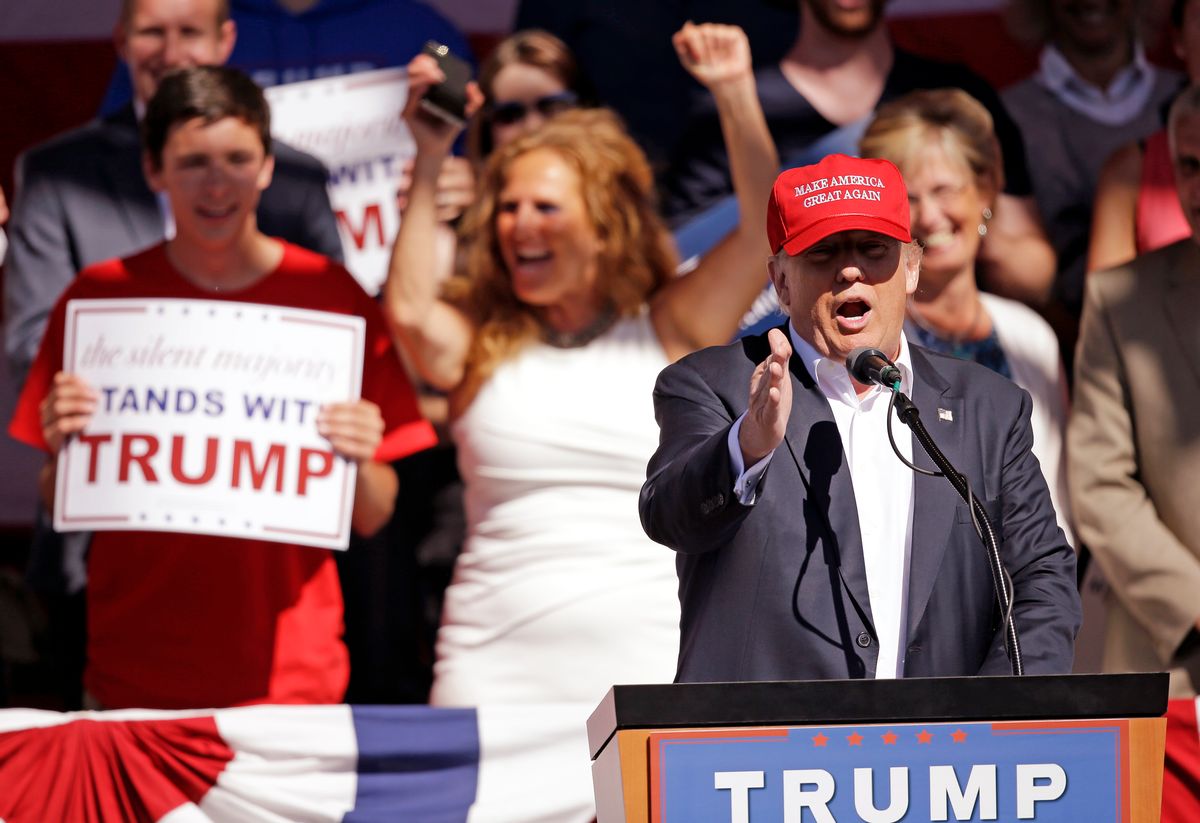 A couple of days ago he provided a frighteningly clear illustration of the bottomless depths of his ignorance when he suggested that he might reduce the national debt by using his deal-making skills to get America’s creditors to accept less than full payment for the nation’s debt obligations to them.

That is an idiotic suggestion, which could only be made by someone who has no idea how bond markets, the American legal system, and the world economy work. Why is it such a perfect illustration of Trump’s ignorance and idiocy? Let us count (some of) the ways:

First, the president doesn’t have the legal authority to repudiate any part of the country’s debt. If Trump had ever bothered to look at the Constitution, he might have noticed that it says that “the validity of the public debt of the United States . . . shall not be questioned.”

Second, even if he were legally able to undertake this masterstroke of negotiation, actually doing so would wreck the world economy. Other countries have loaned America trillions of dollars on the assumption that United States bonds are as close to a riskless investment as can exist. The reason those bonds have carried no practical risk is that, until the Republican party decided it would be a good idea to start putting literal morons on presidential tickets, and playing chicken with the national debt, nobody ever imagined that anyone in the U.S. government would ever consider not paying the nation’s debts in full.

According to his copious promotional materials Trump is some sort of business wizard, but it’s clear he missed several weeks of Econ 101. U.S. bonds carry such low interest rates because investors have considered them such a safe place to park their money. That’s why the U.S. government can borrow money practically interest-free. If this weren’t the case, the U.S. would have to pay higher interest on the debt it issued, which in turn would defeat the whole purpose of trying to reduce the national debt by reneging on part of it.

Risk is inversely related to return, remember Donald? But of course he doesn’t remember, because in addition to knowing nothing about how the U.S. government works, it turns out Trump knows nothing about finance, either.

In the wake of his mind-blowingly stupid comments, some observers have tried to rationalize Trump’s astonishing ignorance. For example, Matt Yglesias writes that “Trump is a businessman, and in terms of thinking like a businessman his idea makes sense.” The idea here is that it sometimes makes sense for a business to threaten not to pay its debts, because if it files for bankruptcy creditors will get little or nothing. Creditors will then accept what in the trade is known as a “haircut” – less than what they’re legally owed – to avoid this outcome.

But this is giving Trump far too much credit. Real businesspeople, as opposed to a lifelong self-promoting scammer like Trump, understand perfectly well that public and private debts are not equivalent, and that governments (and most especially the U.S. government) can’t operate like private businesses in regard to their debt obligations. That is why real businesspeople invest in U.S. bonds, despite their current near- zero rate of return: because they know that the U.S. government -- assuming it isn’t taken over by the maniacs at the head of contemporary Republican party – can’t and won’t engage in strategic default.

(After the storm of criticism his comments provoked, Trump characteristically claimed this morning not to have said what he clearly did say).

Yglesias’ reaction is an understandable defense mechanism; it's one that we’ll be seeing a lot of between now and November. He can’t allow himself to contemplate just how ignorant Trump really is, because that would force him to contemplate the extent to which the Republican party has actually gone mad. In other words, Donald Trump’s impending nomination is merely a symptom of a much deeper disease.