One of the dumbest things you'll hear this year: Heidi Cruz compares husband's failed campaign to the fight to abolish slavery 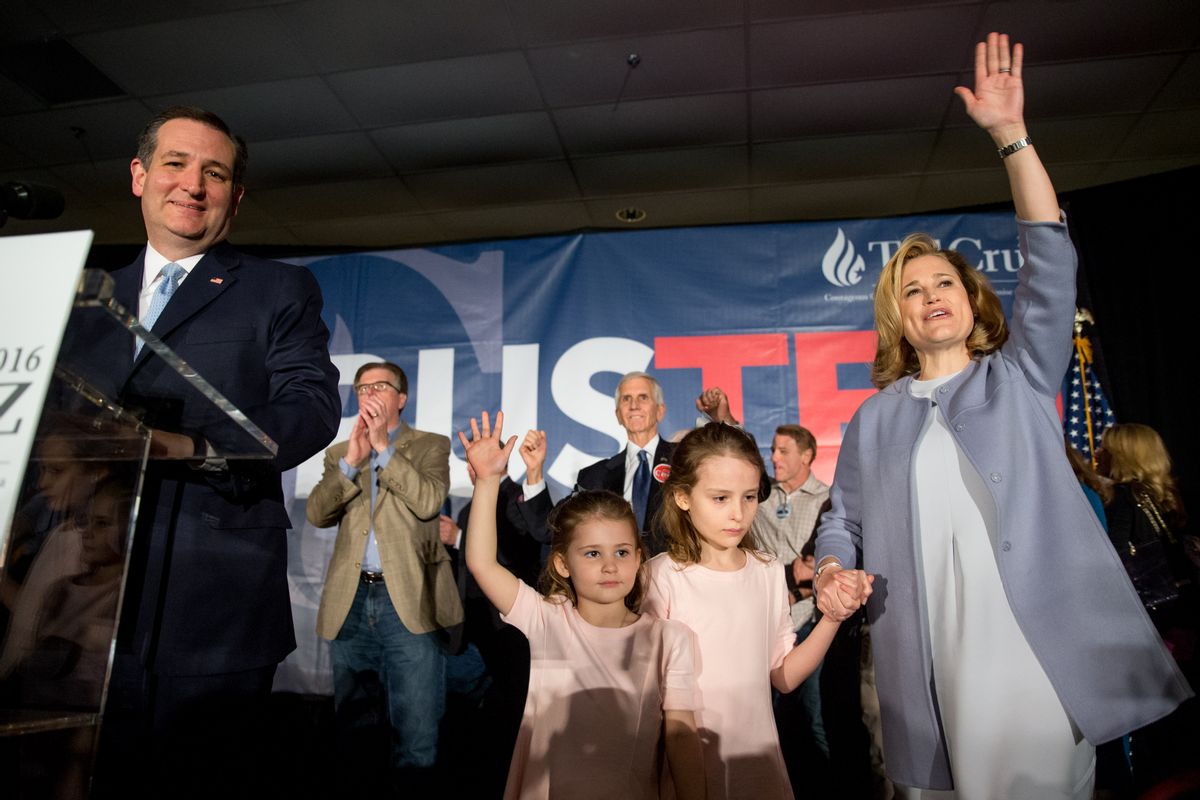 Heidi Cruz compared her husband's unsuccessful run to the effort to abolish slavery, which she said took "a lot longer than four years" to find success, according to The Texas Tribune.

Heidi told the campaign's "National Prayer Team" during a conference call, "God does not work in four-year segments."

In contriving the metaphor, Heidi alleged that her husband's failed effort to push fundamentalism into the Oval Office wasn't "in vain," and that the end-goal of Ted Cruz's filibustering crusade is at least equal in historical significance to abolition.

"Think that slavery — it took 25 years to defeat slavery," she explained. "That is a lot longer than four years."

Below is the quote, in full, courtesy of Tribune reporter Patrick Svitek:

Read the full report over at The Texas Tribune.