So you want to make a sex tape hoax: Yacht's little publicity stunt is one odd way to self-promote

Claiming to be victims, the band said they were selling their leaked sex tape themselves—but it's apparently a ruse 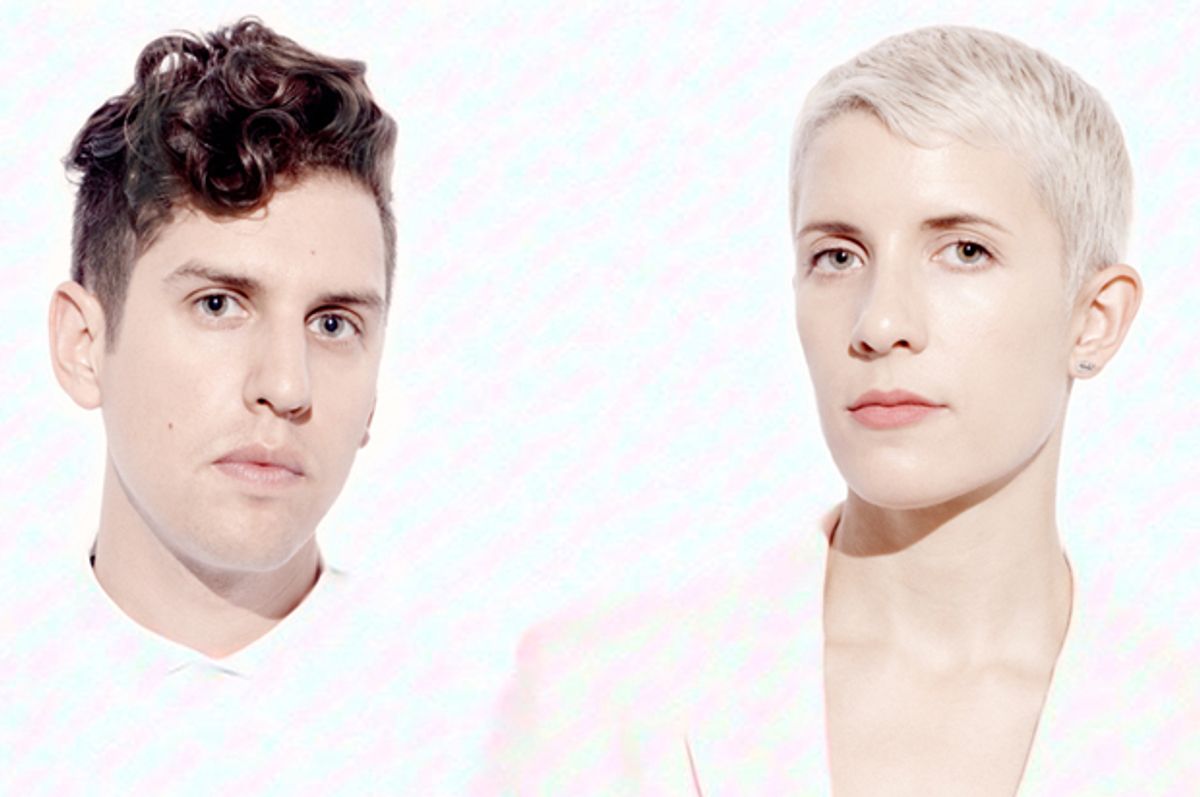 What does a mid-sized band do to get attention in media landscape that’s become more and more dominated by superstars? How can a smart, conceptual band comment on the declining revenues being made from recordings? Well, every group has its own answer to this. But the electronic duo Yacht may have come up with the most imaginative answer yet.

It started when the group’s Jona Bechtolt wrote an earnest post on Facebook about having a sex tape made for private use leaked on the Internet without their consent.

Claire and I — who have been romantic and artistic partners since 2006 — made a “sex tape.” It was intended for us only. We don’t feel the need to justify the reason we made it. Anyone reading this who has been in a long term partnership understands that preserving the relationship is an ever-changing and challenging thing. It’s especially difficult when the lines between career and romance are as merged as ours are. The financial pressures that we’ve been under, which de facto extend into our extracurricular lives, created a circumstance in which we felt like we needed a bit of an escape from the day-to-day. So we turned on a camera, became naked, and had sex. We assumed that we were the only people who would be privy to that video.

So Bechtolt and Claire Evans announced that they would, instead of running from the tape, sell it online, as a way of making something out of the mess they’d gotten themselves into. This is a bit unusual, though maybe -- in an age where sex-positive thinking is on the rise, in which the New York Times magazine runs a cover story on the issue of legalizing prostitution – maybe the shame has disappeared from sex, at least for hip young people, and this is really not so strange after all.

But it seems to have gotten odd again. First, Thump argued last night that the sex tape leak may be a hoax – a complicated way of ginning up attention for the band’s new album. It’s partly because this band has an ironic sense of humor, and seems to signal in several ways that it’s not as sincere as its Facebook note appeared at first glance. These two also have a history of deliberately spreading misinformation about themselves. Here’s Thump:

"To verify that the tape they were selling on their website was real, my colleague went to the URL provided and typed in his credit card info, mumbling something about how he'd probably get his details stolen by a hacker. But as soon as he did, the site redirected to a 'server error' page—and after checking his bank history, we realized that the transaction had never been processed. What the fuck was going on?

"Hopping back online, we realized that the internet was just as confused as we were. In fact, forums like 4chan were full of people speculating that the video was actually an elaborate hoax—manufactured by the band themselves as an attempt to sell more records, get tons of free press, or make a statement about celebrity culture, viral marketing, and how hard it is to make money off your music... or something."

It turns out, in fact, that this is indeed a hoax, as Jezebel now reports, meant to promote their new (non X-rated) video.

What would motivate this kind of stunt, which has clearly turned off at least one journalist and is likely to alienate fans as well? Obviously, they are looking for attention; everyone online is. In the last few weeks Beyoncé has dropped the album “Lemonade” by making an elaborate movie whose HBO premiere was shrouded in mystery, with a substantial cast and what was surely a serious budget. Radiohead released its album by fading out from its fairly substantial Internet presence and then reemerging. Drake’s albums jam servers and go Platinum as soon as they are released. If you are the size of a group like Yacht, you’re probably thinking: It’s going to be very hard to top something like this.

So as hoaxes go, is it a good one? As someone who wants medium-level, non-blockbuster bands to survive, I’m happy to see Yacht trying to think of innovative ways to stand out. This is, at the least, a creative solution.

But it makes you wonder, where will this end? And given the way sex and nudity are still used to discredit people, especially women, is this really such a good idea? Jezebel's Anna Merlan points out that, "What Yacht did is troll people’s innate sense of horror, disgust and compassion when confronted with a terribly violating crime." She makes a good point. The next time someone pleads about being taken advantage of this way, why will we believe them?