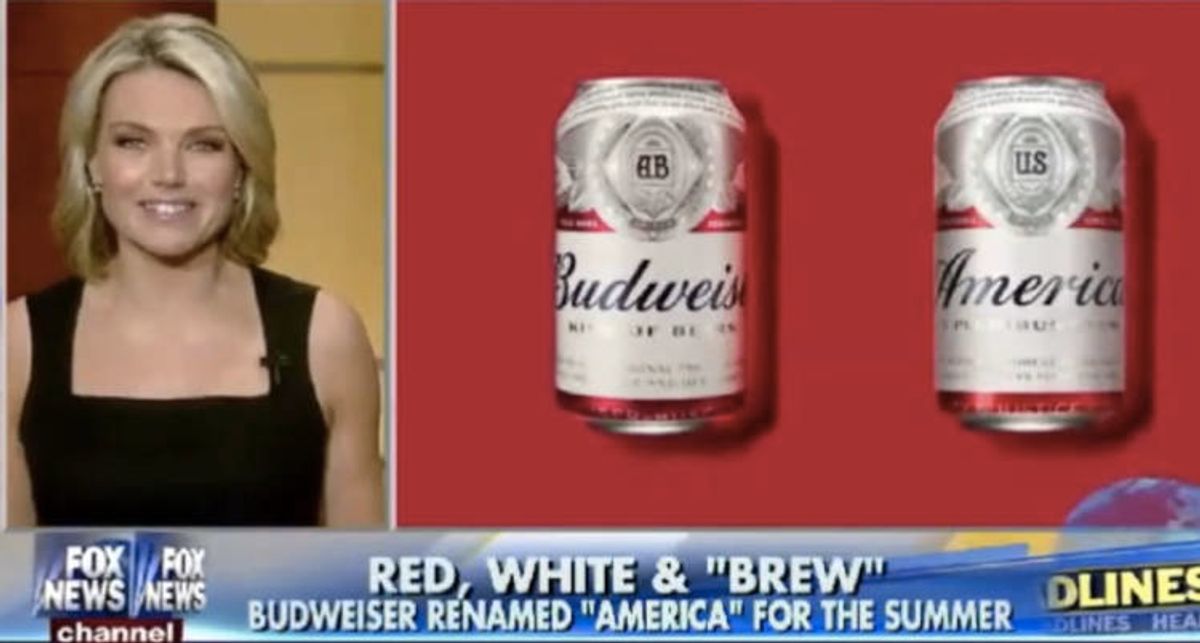 On Tuesday, Anheuser-Busch announced plans to change the name of its signature beer, Budweiser, to "America" between the Memorial Day holiday and the November election.

On Fox News' "Fox & Friends" Wednesday, presumptive Republican presidential nominee Donald Trump was asked if he thought the company's rebranding effort was an attempt to piggyback on his successful campaign.

"Mr. Trump, do you think you had something to do with Budweiser changing the name of their beer over the summer?" co-host Steve Doocy asked to start another of Trump's phoned-in interviews after a report on the beer name change, pointing to Trump's "Make America Great Again" slogan as a possible impetus.

"Do they owe you money," co-host Brian Kilmeade asked Trump.

"I think so. They're so impressed with what our country will become that they decided to do this before the fact," Trump responded during the phone interview.

Contrary to Trump's assertion, however, Ricardo Marques, a Budweiser executive, explained the company's decision to rebrand for the summer as focused on international sporting events, not domestic politics.

“We are embarking on what should be the most patriotic summer that this generation has ever seen, with Copa America Centenario being held on U.S. soil for the first time, Team USA competing at the Rio 2016 Olympic and Paralympic Games,” Marques wrote in a statement Tuesday, adding that Budweiser "has always strived to embody America in a bottle."