"Trump is better than David Brent" at being vile: Ricky Gervais admits the GOP's "delusional, middle-aged" candidate has topped his fictional sociopath

"Comedians tell a joke and they get in trouble," he wrote, "Donald Trump says a terrible thing and gets elected" 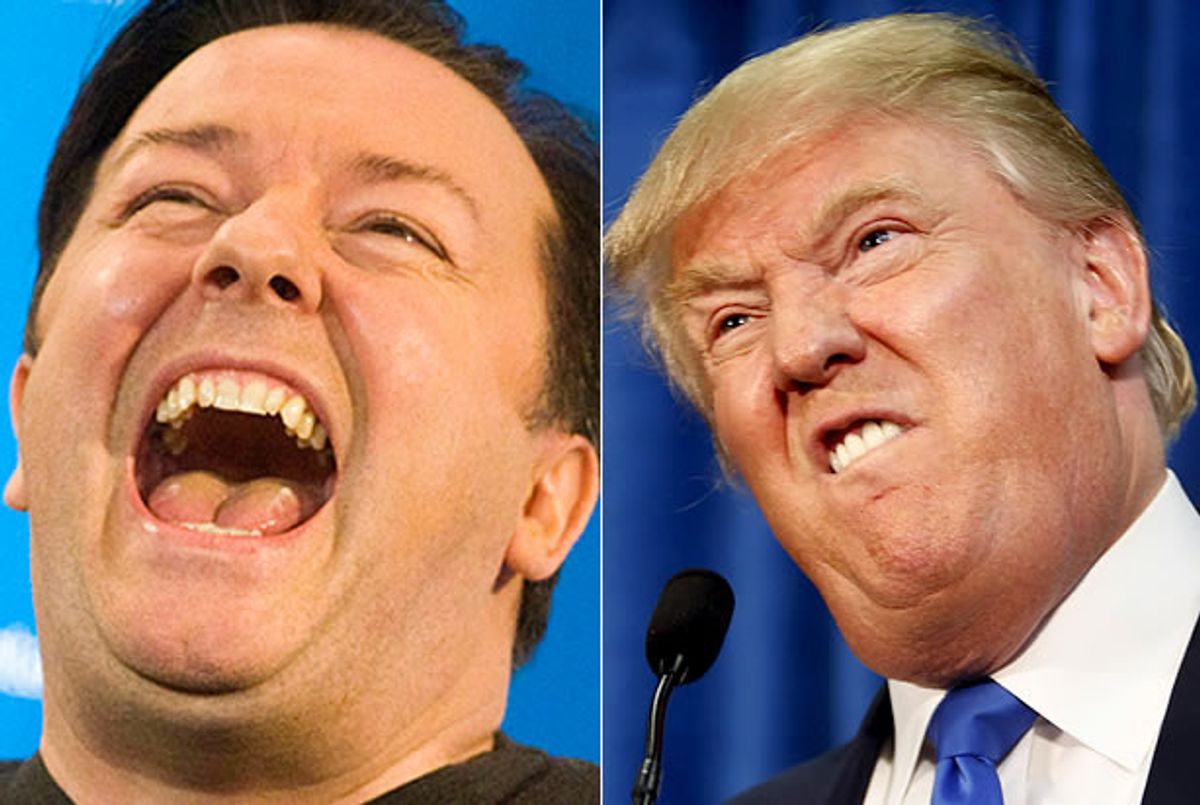 In an article in The Hollywood Reporter, Ricky Gervais confessed that even though he's spent his entire career playing unlovable, incorrigible assholes, even he couldn't possibly top Donald Trump at this point.

"I've made my fortune out of playing delusional, middle-aged men who say stupid things, and people love them," he wrote. "But he's beaten me. Trump is better than David Brent."

"It's funny, comedians tell a joke and they get in trouble," Gervais continued. "Donald Trump says a terrible thing and means it, and he gets elected."

He noted that it was only "recently that I realized that Trump actually could become president. I should have realized sooner. Think about it: We live a world where there are warnings on bottles of bleach — we have to tell people not to drink bleach. In that world, Trump can be president."

Read the rest at The Hollywood Reporter...