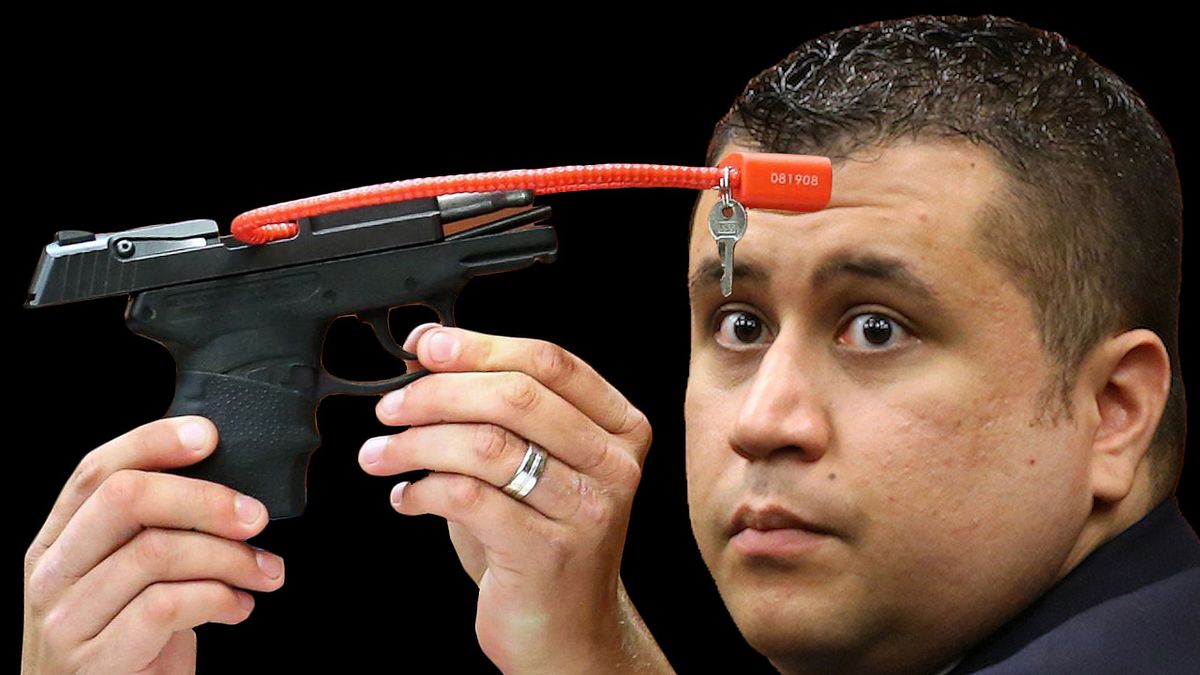 Zimmerman is trending once again for something unbelievable. He put the gun that was used in the fatal shooting of Trayvon Martin for sale on GunBroker.com — with a starting bid of $5,000. The post was followed by a personal statement by Zimmerman which read, in part:

"Prospective bidders, I am honored and humbled to announce the sale of an American Firearm Icon. The firearm for sale is the firearm that was used to defend my life and end the brutal attack from Trayvon Martin on 2/26/2012. The gun is a Kel-Tec PF-9 9mm. It has recently been returned to me by the Department of Justice. The pistol currently has the case number written on it in silver permanent marker. Many have expressed interest in owning and displaying the firearm including The Smithsonian Museum in Washington D.C. This is a piece of American History."

The auction page was terminated right before bidding was set to start. This is just the latest in the painful episode of a human scum striving to remain in the spotlight. From domestic violence 911 calls to road rage shooting incidents to selling artwork, we take a look back at Zimmerman's most scum-worthy moments since he walked free from killing unarmed 17-year-old Trayvon Martin.