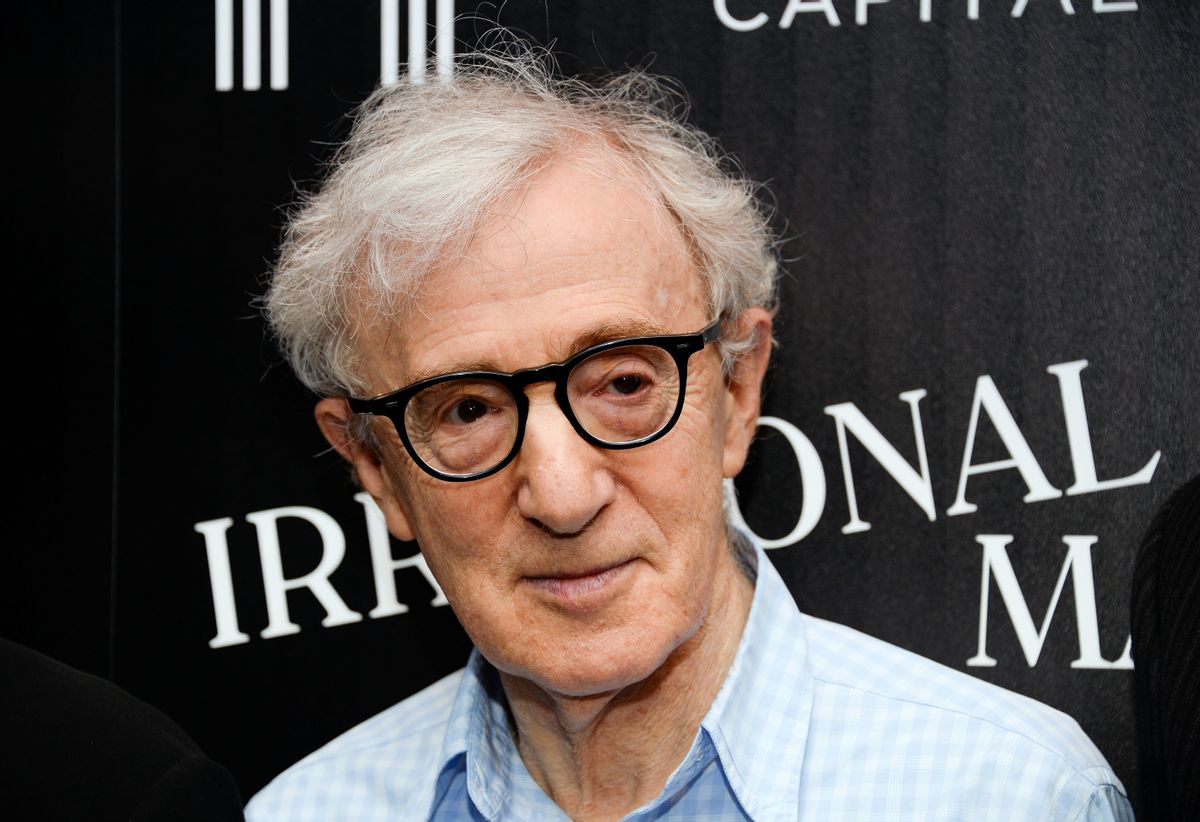 Over the past two days, Woody Allen has found his attempts to publicize his new movie somewhat hampered. Instead of his latest directorial effort, everyone is talking about the decades-old allegations that he sexually molested his daughter, Dylan Farrow, when she was a little girl.

The timeline goes something like this: The Hollywood Reporter recently ran a cover story about Allen in which it not only avoided asking him directly about his daughter's allegations against him, but also allowed him to portray his marriage to Soon-Yi Previn—who, lest we forget, was his stepdaughter before becoming his wife—in what can only be described as extremely questionable terms.

There was an uproar about THR's cowardice, after which the magazine, to its credit, contacted Allen's estranged son, Ronan Farrow and asked him to write a reply. Farrow's subsequent, explosive piece criticized THR for its handling of the whole business and demanded that Dylan Farrow's allegations be taken seriously. A day later, Allen was finally confronted about the piece while shilling for his new movie at the Cannes Film Festival. He brushed them aside.

This whole fracas says a great deal about both our media culture and our broader entertainment industry. Little of what it reveals is good.

There is a modicum of positive news to take away from the Allen storm. In an earlier age, THR would likely have been allowed to let its interview with Allen stand as its sole, final word on the subject of his life. Those days are over. The directness of the scrutiny that social media provides means that no publication can pull up the drawbridge anymore. The outcry about the way that THR conducted the interview and ran its story is a sign of progress in and of itself.

And yet: THR did publish that interview. It did run that story on its cover. It did allow Allen to wax on about his marriage in grotesque, unchallenged ways. It did avoid confronting Allen about his daughter's allegations against him.

THR should be commended for running Farrow's piece, especially given that it contained a direct attack on its editorial judgment. But it is nevertheless pretty extraordinary that the publication had to essentially be guilted into airing Farrow's side of the story at all. His sister spoke up publicly just two years ago. In the intervening years, the Bill Cosby scandal has provided the world with mountains of direct evidence of the ways in which powerful men are able to silence the women they have harmed—and none of those women were Cosby's children. It is astonishing that, given all of this, it took Ronan Farrow's public shaming to reintroduce the subject of Allen's alleged crimes into the discussion surrounding him. It is equally astonishing that, even after Farrow opened the subject up again, it took the assembled journalists at Cannes another full day to question Allen about what his own son had written about him. Shouldn't Dylan Farrow's own words have been enough?

After it ran the Farrow op-ed, THR was banned from attending an event where Allen was speaking, which should give you a clue about why things unfolded the way that they did. Run a fawning interview that soft-pedals the terrible allegations against Allen? He'll grant you a cover story. Question him in any significant way? Find yourself cut off.

I am sympathetic to the pressures that journalists face when dealing with aggressive publicists who threaten to torpedo a story if certain questions are raised. These are not easy things to contend with. It's also no simple task to ask a legendary figure about highly sensitive portions of his personal life. But sometimes you just have to suck it up and do your job. What good is it to be allowed in a room with Woody Allen if you can only do it in a compromised, grossly tainted way?

The question of whether people should continue watching Woody Allen's movies is something that everyone has to answer for themselves. The question of how major stars and production companies can still work with him is another, separate minefield. The question of whether or not the allegations that his own children have leveled against him should occupy a central part of how we think about him—and, crucially, how journalists approach him—is something that requires no such introspection. The charges against Allen should never be allowed to stray from our collective consciousness again. Hopefully The Hollywood Reporter and the rest of the entertainment press will remember that in the future.