In 2012, Romney was hounded to release his tax returns and now he wants Trump to do the same 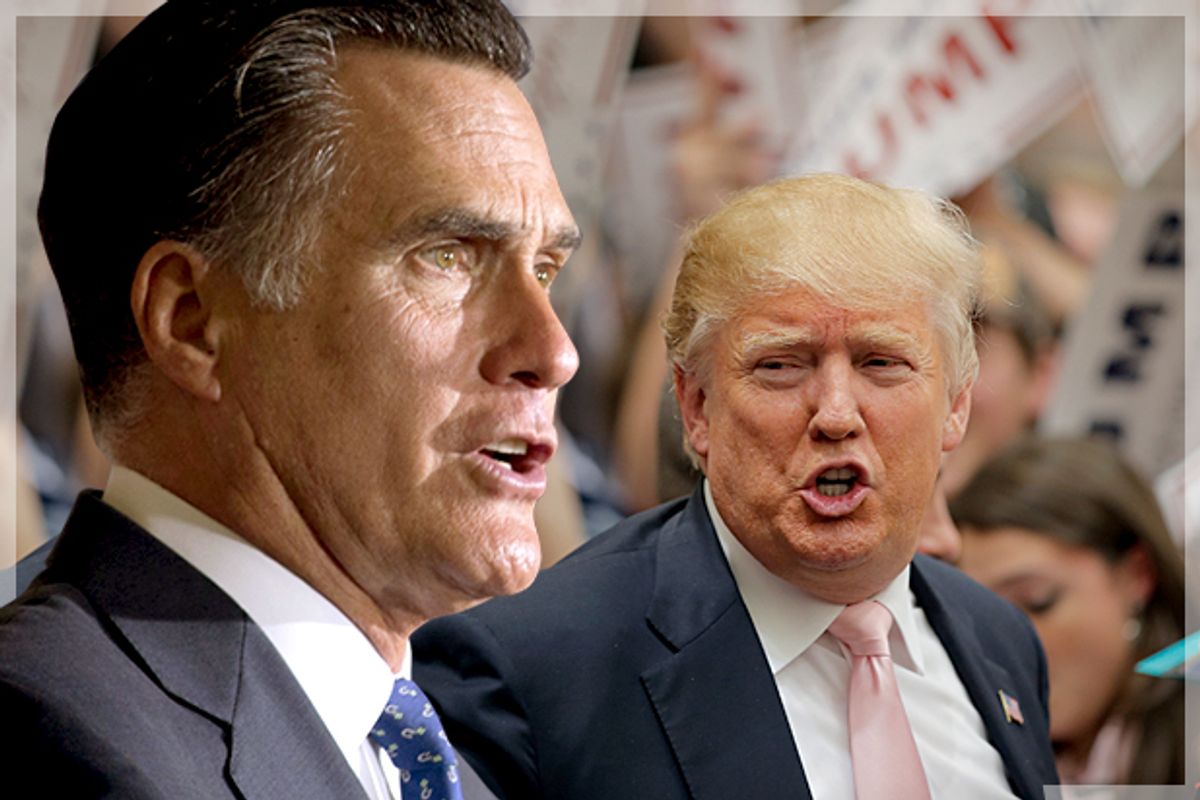 Mitt Romney has a message for Donald Trump, from one failed Republican presidential nominee to another (soon-to-be): Release your tax returns, buddy.

“There’s nothing to learn from them,” the businessman who claims to be worth more than $10 billion said of his tax returns in an interview with Associated Press this week, citing an audit of tax returns from some years as the reason why he won't be releasing any tax returns from previous years.

Romney, the de-facto head of the #NeverTrump brigade, argued the opposite, speculating that Trump's refusal to release his tax returns actually suggests he's hiding a "bombshell."

“There is only one logical explanation for Mr. Trump’s refusal to release his returns: there is a bombshell in them,” Romney wrote on Wednesday. “Given Mr. Trump’s equanimity with other flaws in his history, we can only assume it’s a bombshell of unusual size.”

And even though he dismissed it as not the most likely of scenarios, Romney, who has called Trump "a fraud" and a "con artist" in the past, just couldn't help himself, explicitly suggesting that the New York City real estate developer turned reality TV star turned major political party presidential nominee may be hiding criminal activity, like ties to the mafia, in his tax returns.

"The potential for hidden inappropriate associations with foreign entities, criminal organizations, or other unsavory groups is simply too great a risk to ignore for someone who is seeking to become commander-in-chief":

The irony is too hot to handle.

Of course, in 2012, Romney stumbled over his own issue with tax returns. The multi-millionaire waited until post-convention to finally relent to public pressure and then still only released two years worth of returns.