An FBI investigation and countless Benghazi hearings have uncovered next to nada. What will they throw at her next? 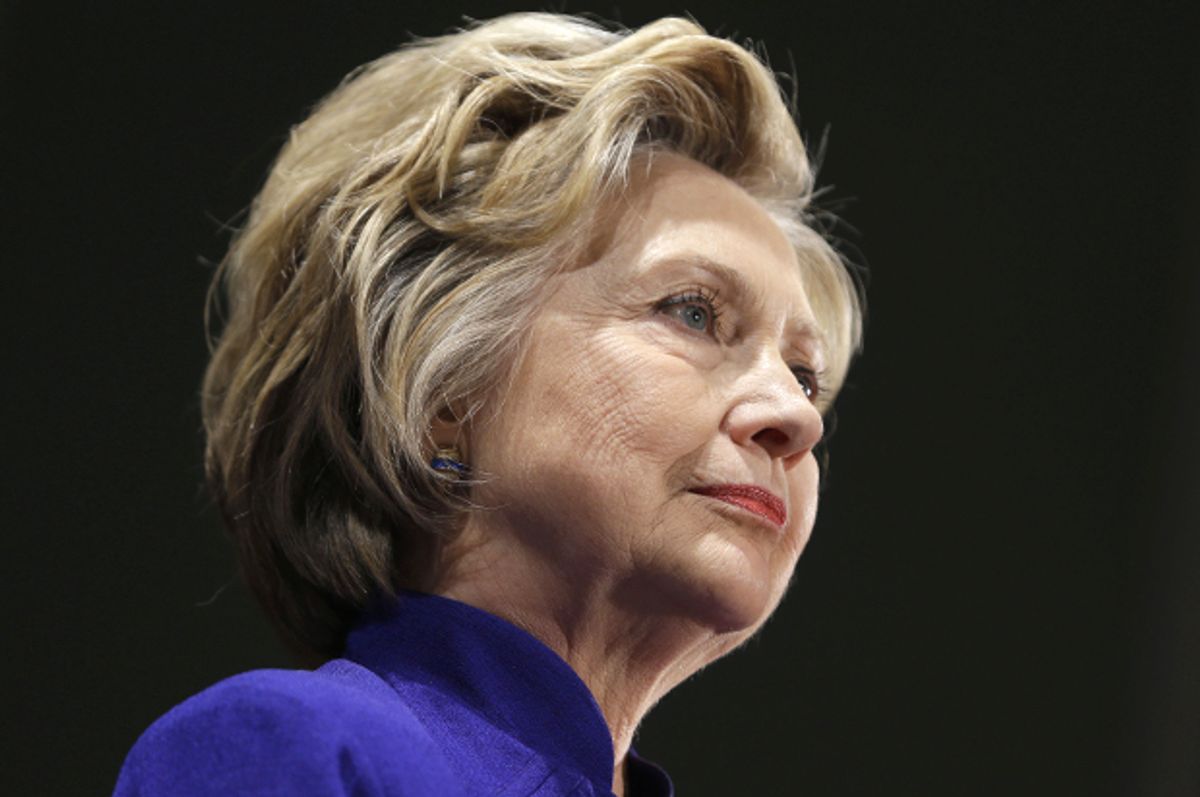 NBC News got caught on the wrong side of the faux scandal news cycle when it recently sent Cynthia McFadden all the way to Romania for a jailhouse interview with convicted hacker Marcel Lehel Lazar, also known as “Guccifer.”

Claiming to have hacked his way into Hillary Clinton’s private email server, Lazar told NBC that Clinton’s account was “completely unsecured.” "It was like an open orchid on the Internet.” McFadden stressed that Lazar was “at the center of the Hillary Clinton email controversy, which has dogged her campaign from day one.”

NBC hyped the interview for days in advance of the broadcast even though McFadden conceded on-air that, “there are plenty of reasons to doubt” the hacker’s claim. Namely, he offered up no proof that he had hacked Clinton’s email server and had free access to its contents.

That’s a pretty mushy story to travel 4,700 miles for. But why was the timing especially bad for NBC News? Last week, CNN and The Washington Post reported that according to officials close to the ongoing email investigation -- the one that's “dogged” Clinton -- FBI investigators have so far found no evidence of wrongdoing.

Even worse for NBC, the Post reported law enforcement officials specifically gave zero credence to the Romanian hacker’s claims about breaching Clinton’s server. His hacking claim was “dismissed” as being irrelevant because “investigators have found no evidence to support the assertion.”

So yes, if you’re NBC and officials were confirming that they still had found no wrongdoing regarding Clinton’s emails, and that the hacker Guccifer’s claims weren’t being taken seriously, your scoop had been badly deflated.

But why still air it? Because all wild allegations lodged against Bill and Hillary Clinton are considered news. That’s how the Beltway game has been played for the past 20-plus years -- Republicans team up with eager reporters to spin tall tales of Clinton wrongdoing, only to be proven mostly wrong in the end. (Note the timing: NBC’s email stumble came just days after NBC Nightly News broadcast live from the lobby of Trump Tower.)

Today, there are clear indications the email investigation is being signaled in for a landing and that Republicans and their scandal cheerleaders at Fox News are going to be disappointed with the results.

The political press, which has hyped the story relentlessly for more than a year, may feel let down as well. Recall that from March to September last year, ABC World News Tonight, CBS Evening News, and NBC Nightly News together spent just as much time covering the email controversy as they spent covering Clinton's entire presidential campaign.

At the Washington Post, political blogger Chris Cillizza wrote more than 50 posts mentioning Hillary Clinton's emails in a six-month span last year, many of them hyping the "massive political problem" she faced. And during the month of September 2015 alone, the Post published at least 70 articles, columns, and blog posts that mentioned Clinton and discussed her use of email at least three times.

If the FBI brings the email investigation to a conclusion and Clinton is not charged with a crime, do you think the networks and the Washington Post will respond with similar coverage?

At the same time, the never-ending Benghazi “scandal” investigation is now hobbling across the summertime finish line with little evidence that the committee has turned up the kind of information that will satisfy the scandalmongers in conservative media.

Fox News’ so-called Benghazi scoops have recently been reduced to reports about how the House Select Committee is bickering with the Pentagon over document retrievals. (That might be because last month the Pentagon blasted the House investigation for wasting everybody’s time.)

Running on parallel tracks, Benghazi and the Clinton email “scandals” were, in some Republican dreamscapes, going to be the one-two combination that not only derailed Clinton’s campaign, but sent her to prison. (Orange jumpsuits!) Unsure they could defeat her at the ballot box, and even more unsure with Donald Trump looming as the party’s unlikely and unpopular nominee, Republicans were hoping for an investigative intervention to stop Clinton. Because criminalizing the Clintons has become a long-running conservative obsession.

But by all indications in recent days, and frankly by all indications for many, many months to anyone who’s paid any attention to the facts of both ‘scandals,’ the Benghazi/email combination may end up being more of a whiff than any kind of knockout punch.

And as a helpful reminder, just because these soggy tales have been wilting for so long and it’s easy to forget: The GOP’s Benghazi investigation and the GOP’s Clinton email investigation became joined at the hip, with both productions representing ceaseless GOP attempts to undermine Democratic leaders through the guise of investigation. In fact, the Republican-led Benghazi Select Committee effortlessly morphed into the Clinton email committee.

And that committee was very good to the Beltway press corps. Eager to chase storylines about Clinton’s supposed crooked ways, reporters eagerly snatched up leaks and played up baseless speculation about looming indictments. But few asked questions about what price Republicans should pay for fact-free partisan pursuits that cost taxpayers millions of dollars.

So move over Whitewater, we have more Clinton “scandals” that stand poised to join the pantheon of wasted efforts by Republicans and the Beltway press corps. (See: Cattle futures, Filegate, Travelgate, Wen Ho Lee, and the Clinton Foundation witch hunt.) They’re “scandals” that erroneously and unfairly paint a famous Democrat as being unethical and above the law.

A post-script: The conservative press loves to compare all Clinton investigations to Watergate. In hopes of conjuring up a game-changing scandal that would sweep away Hillary in disgrace, the way Watergate ruined Republican Richard Nixon, Fox News and others have spent years telling each other tall tales in hopes of conjuring the ghosts of Watergate past. (Are they trying to pre-impeach Hillary?)

So as the House Select Committee on Benghazi winds down, let’s compare its accomplishments with the Senate Watergate Committee. Via the Washington Post, here’s a reminder of what the Senate investigation, as well as the House Judiciary Committee, helped uncover during an 18-month stretch, beginning in the spring of 1973:

July 13 - Alexander Butterfield, former presidential appointments secretary, reveals in congressional testimony that since 1971 Nixon had recorded all conversations and telephone calls in his offices. Post Story

July 23 - Nixon refuses to turn over the presidential tape recordings to the Senate Watergate Committee or the special prosecutor. Post Story

November 17 - Nixon declares, "I'm not a crook," maintaining his innocence in the Watergate case. Post Story

December 7 - The White House can't explain an 18 ½-minute gap in one of the subpoenaed tapes. Chief of Staff Alexander Haig says one theory is that "some sinister force" erased the segment. Post Story

April 30 - The White House releases more than 1,200 pages of edited transcripts of the Nixon tapes to the House Judiciary Committee, but the committee insists that the tapes themselves must be turned over. Post Story

By contrast, here’s what has happened of significance during the House Select Committee’s 24-month Benghazi investigation:

October 22, 2015: Hillary Clinton testified before the committee for 11 hours, in a Capitol Hill production that was widely derided as a Republican failure.