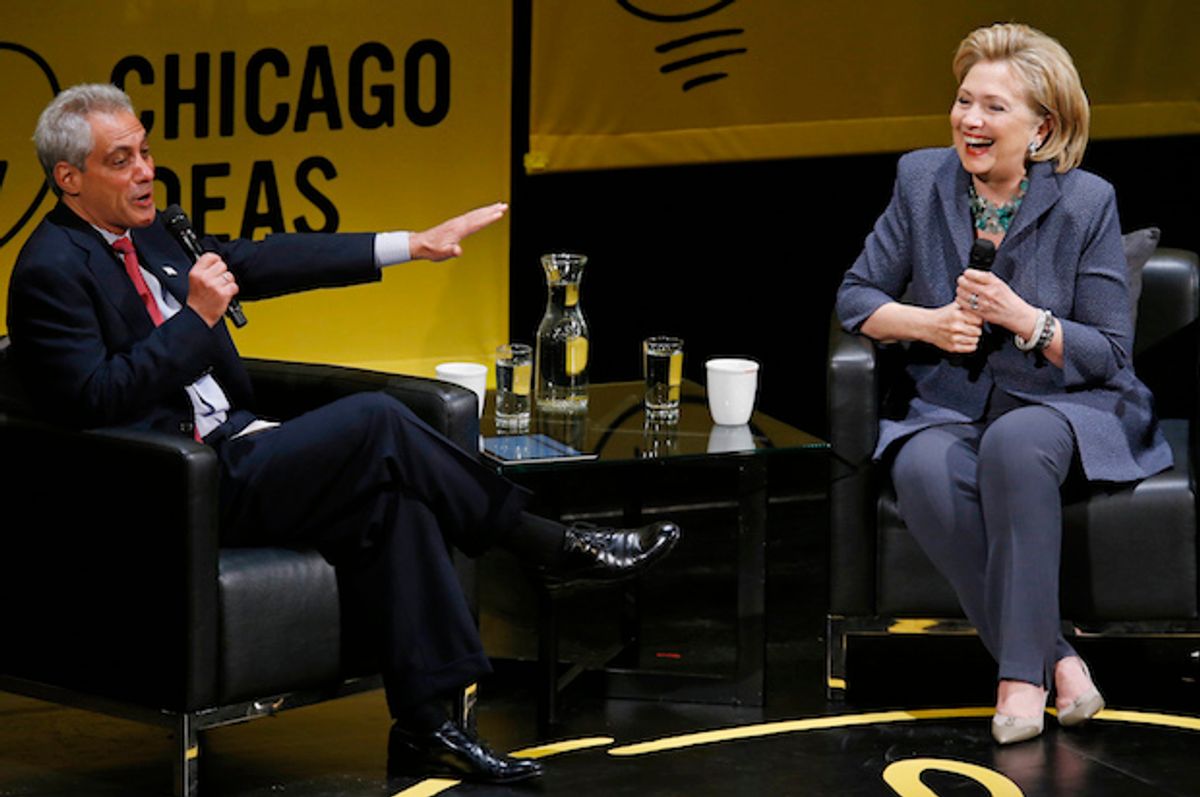 James Simons and Kenneth Griffin were the world's top two hedge fund managers in 2015. Each made $1.7 billion last year alone, and have used their massive wealth to bankroll the campaigns of Hillary Clinton and Rahm Emanuel, the Guardian reported.

Simons is the 50th richest person in the world, according to Forbes. The mathematician has made an estimated $15.5 billion as CEO of the Renaissance Technologies hedge fund, and is individually richer than many countries.

Many other financial executives have joined Simons in funding Clinton. Powerful figures on Wall Street who formerly backed failed Republican candidates have instead thrown their weight behind the Democratic presidential front-runner, hoping she can defeat presumed GOP nominee Donald Trump.

Kenneth Griffin, the other top hedge fund manager in 2015, is the founder and CEO of Citadel. He has an estimated $7.5 billion, making him the richest man in Illinois.

Griffin calls himself a “Reagan Republican” and insists the rich have “insufficient influence” on U.S. politics.

He donated more than $3 million to former Republican presidential candidates Marco Rubio, Jeb Bush and Scott Walker, all of whom dropped out of the race.

Griffin was also the biggest donor to Rahm Emanuel, who was re-elected for a second term as Chicago mayor, the Guardian highlighted.

Emanuel is often seen as a symbol of the Democratic Party's increasingly neoliberal, pro-corporate tendencies. When he endorsed Hillary Clinton for president, her opponent, self-declared democratic socialist Bernie Sanders, insisted he did not want Emanuel's endorsement.

"I want to thank Rahm Emanuel for not endorsing me," Sanders said. "I don’t want the endorsement of a mayor shutting down schools and firing teachers."

The Chicago mayor has faced bitter backlash from the left for closing 50 public schools and encouraging privatization. Griffin, on the other hand, complained that this wasn't enough, and wished the candidate he funded had instead closed 125 public schools.

In 2015, Simons and Griffin each made as much money as 112,000 Americans working full-time on the federal minimum wage.

Together, the world’s top 25 hedge fund managers made $13 billion in 2015, more than the entire economies of numerous countries, including the Bahamas and Nicaragua.

These findings were published by Institutional Investor’s Alpha magazine this week.

The world's richest 1 percent of people have as much wealth as the rest of the world combined, according to a study by Oxfam.

The richest 62 people have as much wealth as the poorest half of the global population — 3.6 billion people. And global economic inequality is getting worse, not better.

(This article was updated, after the Observer issued a correction, to reflect the fact that not all donations made by employees of Renaissance Technologies were made by founder James Simons.)