People love it when Trump "gets down and dirty with people," David Wohl replied to Brad Thor 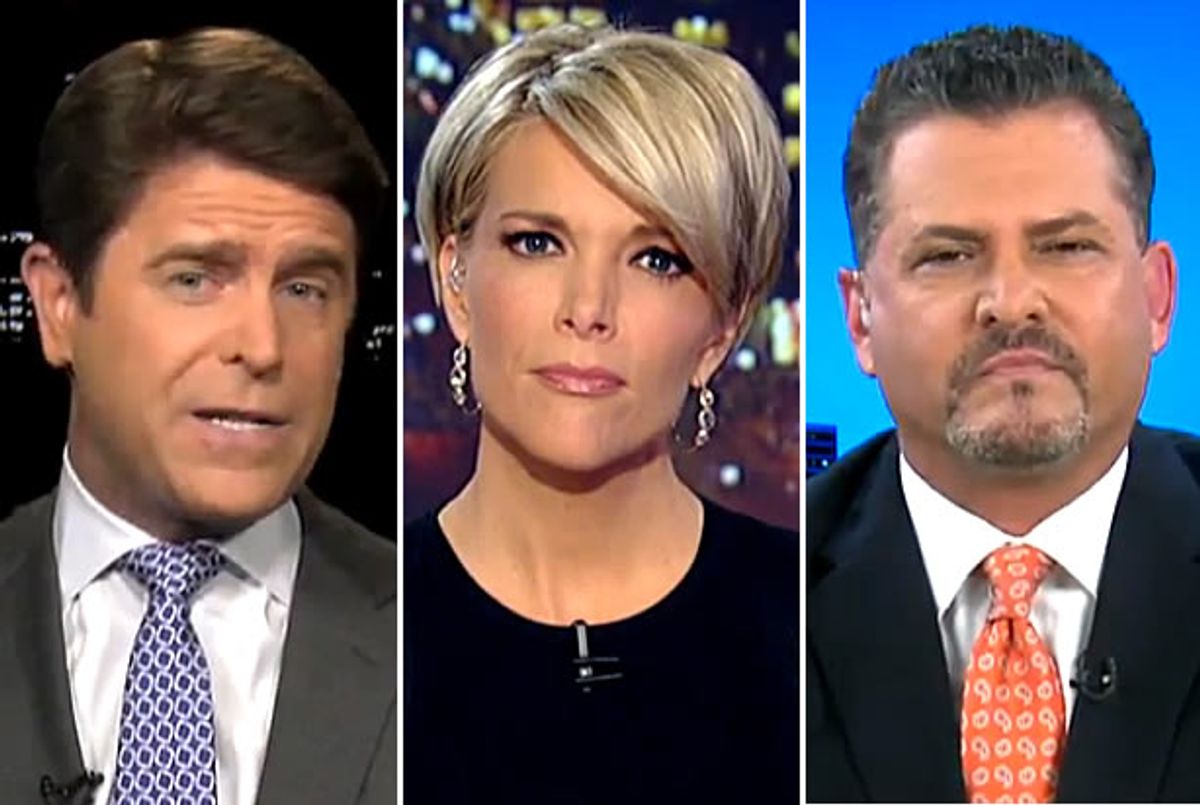 In yet another altercation between members of the right over the authenticity of Donald Trump's conservatism, author Brad Thor and Trumpeter David Wohl brawled on The Kelly File Wednesday over whether the putative Republican nominee is an authoritarian.

On Tuesday, Thor wrote a long post on Facebook in which he outlined why he wouldn't be able to support Trump as the Republican candidate -- namely, because Trump "has never even spoken about liberty," instead choosing to discuss how "he will use the power of the presidency to bend people to his will." To Thor's mind, that's anti-American authoritarianism.

Megyn Kelly opened the interview by asking Thor if his opinion was in any way changed by her interview with Eric Trump earlier, in which he painted a picture of his father as a loving man who never coddled him or his siblings. Thor said it was not, and that in fact he was disturbed by the idea that Eric Trump floated that "they're his chief advisers, [that] also troubles me."

"We keep on hearing that Trump is going to become 'more presidential,'" Thor continued, "but even after his Wisconsin win, he's still going on about that Rafael Cruz-JFK assassination garbage and calling George Will a 'loser.' I think Donald Trump is interviewing for the most important job in the world and we're seeing him at his best -- and it's horrible."