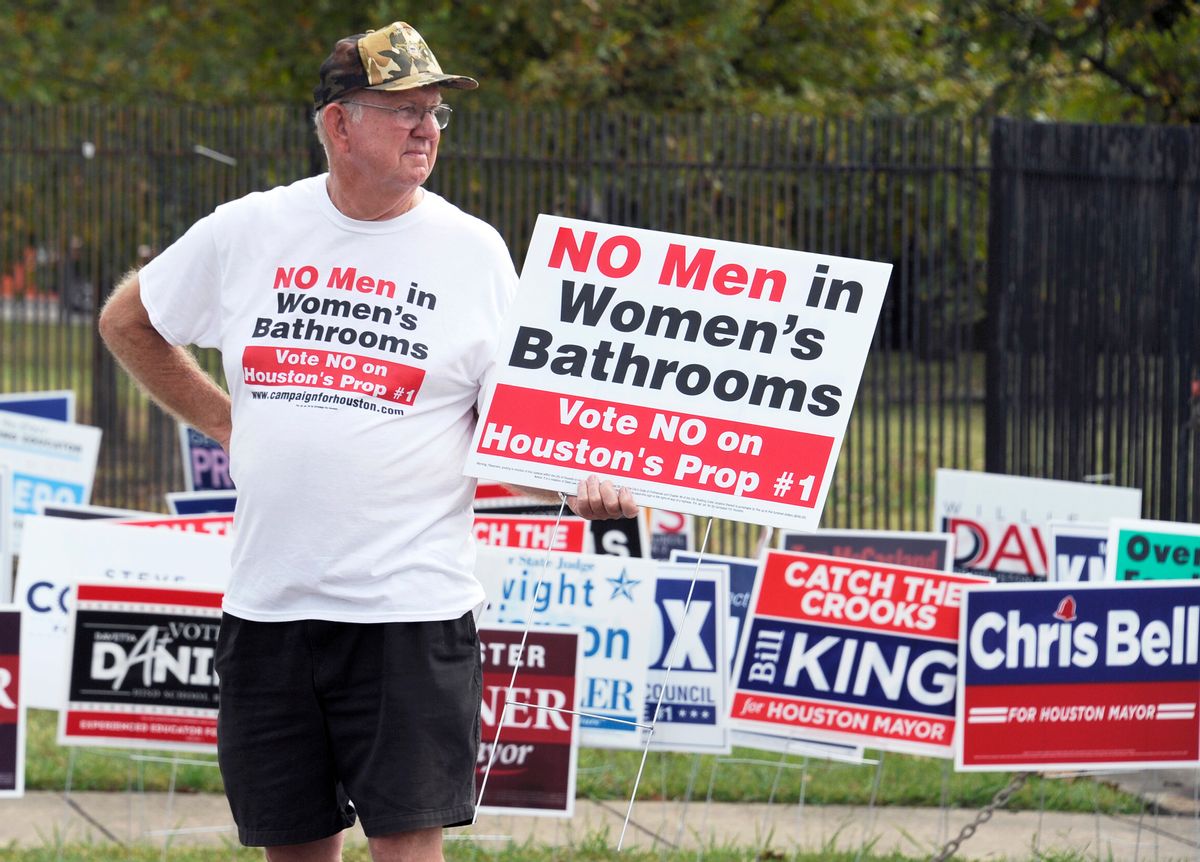 FILE - In this Wednesday, Oct. 21, 2015 file photo, a demonstrator holds a sign against the Houston Equal Rights Ordinance outside an early voting center in Houston. The contested ordinance is a broad measure that would consolidate existing bans on discrimination tied to race, sex, religion and other categories in employment, housing and public accommodations, and extend such protections to gays, lesbians, bisexuals and transgender people. The anti-bias ordinance was repealed in a November 2015 referendum. () (AP Photo/Pat Sullivan)
--

The editorial board of the New Hampshire Union Leader Wednesday released an indictment of the recent lawsuit the Justice Department brought against the state of North Carolina for its anti-transgender "bathroom bill."

In the editorial, titled "Obama's transagenda: Uncle Sam creeping into bathrooms," the paper argues, "We would prefer federal, state and local governments to stay out of the bathroom business."

"The eradication of any legal distinction between the sexes, even in terms of basic biological functions, is a creepy obsession on the left," it continues, calling U.S. Attorney General Loretta Lynch's efforts "social engineering."