Be forewarned, summer bathers. Only 2 percent of the country's streams are effectively tested for water quality 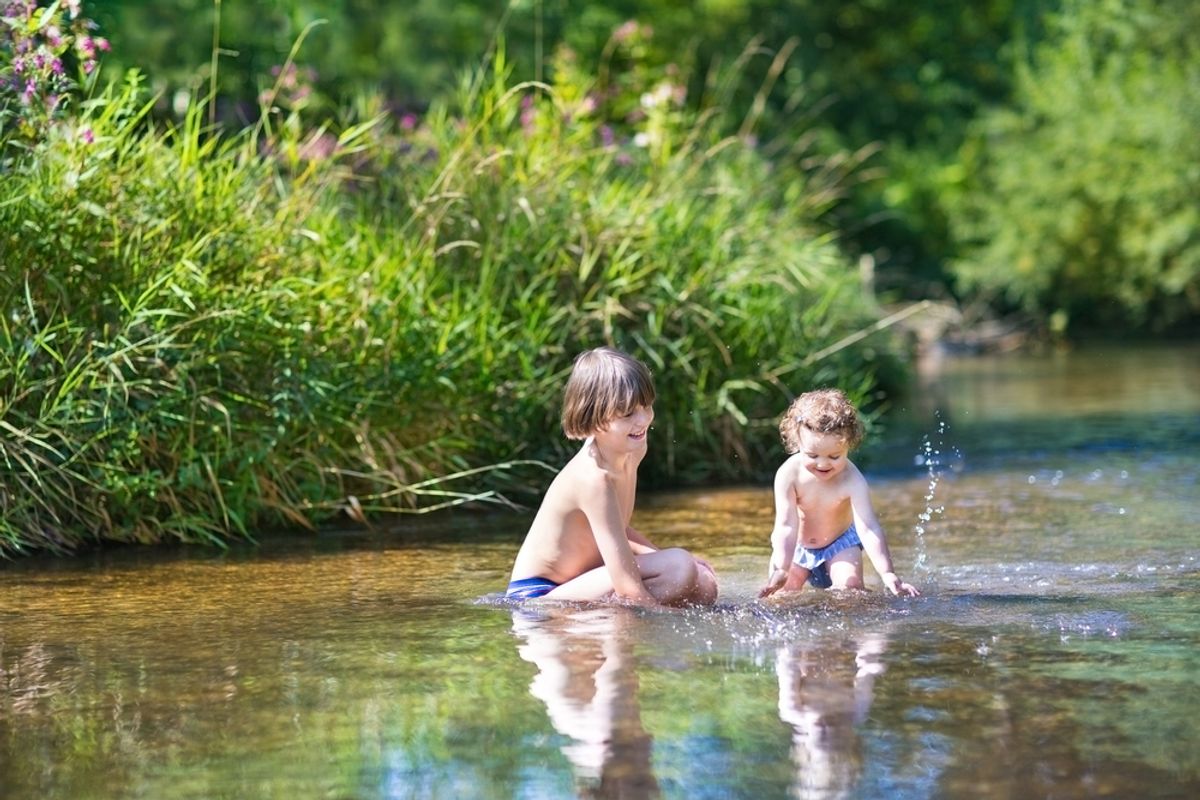 Is that stream that runs through your backyard safe? What about the river that flows through your local park? Is it polluted? Americans should know that the waterways they swim, play or fish in don’t present a health hazard. But a shocking new report on the nation’s streams and rivers paints a bleak picture: The vast majority are not effectively studied for water quality.

The analysis was prepared by the Izaak Walton League of America, a nonprofit conservation group based in Gaithersburg, Maryland, which conducted an extensive investigation into all 50 states’ stream monitoring practices and water pollution problems. They found some startling facts about the state of America’s waterways.

Though states are required to test the water quality of their streams and rivers under the Clean Water Act of 1972, IWLA says that “funds are limited and most waterways are not tested regularly or accurately." In fact, only 2 percent are effectively tested for water quality. Adding to the concern is the fact that half have failed to meet state water quality standards, which means they are too dirty for swimming or fishing. The harsh reality is that for too long, Americans have been in the dark about the health of their local waters, many of which may harbor undetected pollution.

“There is an alarming lack of timely information about water quality in this country,” said IWLA executive board chair Jodi Arndt Labs. “Every morning, you can read about that day’s air quality in the local paper or on your smartphone. Yet information about the health of local streams is five to 10 years old. That’s a problem.”

The information we do have reveals serious water pollution problems across the United States. And what we know about this problem is based on states testing just a fraction of the streams and rivers nationwide. The vast majority of streams are not regularly tested—or even tested at all. ...

When problems are discovered, states are also required to address them with clean-up and restoration efforts. How to monitor waterways and determine what’s “polluted” is left up to each state. States vary widely in virtually every aspect of water quality monitoring and assessment, including setting standards used to assess water quality; where, when, and which waters are tested; the types of tests performed; and how states provide information to the public.

Here are five frightening facts that might make you think twice before jumping into one of America’s rivers or streams.

According to IWLA, the EPA reports that nationwide, 31 percent of streams and rivers are monitored for water quality. However, IWLA’s own calculations reveal a very different reality: Just 2 percent of rivers and streams are effectively tested. In terms of the overall effectiveness of a state’s stream monitoring efforts, more than half of all states (26) received D or F grades. Adding to the concern is that “many states seriously mislead the public about the percentage of waters they actually test.”

State reports given to the EPA reveal that 55 percent of the streams and rivers states tested were deemed unsafe for swimming, fishing and drinking. According to the report:

Water that runs off our yards, roads, and farm fields carries a laundry list of pollutants into streams and rivers across the country: bacteria and pathogens; nutrient-rich fertilizers and pesticides; oil, antifreeze, and other chemicals; and heavy metals and acid drainage. This runoff is flowing untreated into the streams and rivers that are the lifeblood of an interconnected system of waterways nationwide. Neither the Clean Water Act nor most state laws effectively address this problem—or address it all.

To be effective, water quality monitoring should occur regularly at various sites along the length of a stream, according to recommendations established by the EPA. The problem is that many states do their testing only at the mouths of major rivers and streams, adding only a few other randomly located test sites across the state. This lack of truly local information, IWLA says, “makes it almost impossible to pinpoint sources of pollution problems.”

It’s not just that there’s a lack of information about water quality: Often the information that’s publicly available can be up to a decade old, further keeping Americans in the dark about the current health of their local waterways. “This isn’t a problem just at the state level but nationally as well,” says IWLA. The group points out that the EPA’s 2008-2009 National Rivers and Streams Assessment, which was released in March, “is not only out of date but is based on a very limited number of water quality tests conducted randomly across the country.”

IWLA says citizens can help fill the gaps in monitoring, and can do so at a low cost because they're volunteers. "In communities nationwide, individuals and groups are collecting high-quality, reliable water quality data," the report notes. And while there are a few states that are effective in working with citizen volunteers, IWLA contends that a majority of states "get Ds and Fs for volunteer engagement because they do not work proactively with volunteers or effectively utilize the data volunteers collect."

“The solution to ensuring the public has accurate, timely, and local information about stream health isn’t a mystery,” said Scott Kovarovics, IWLA executive director. “Across the country today, League chapters and networks of citizen monitors are already doing great work. Volunteers could regularly monitor water quality in thousands more streams and provide timely results to their neighbors and state governments.”

How does your state rank?