It's about damn time: Obama's finally trying to fix an American disgrace by backing a national holiday for election day

Step in the right direction: Obama endorses plan to give people a day off on election day, making it easier to vote 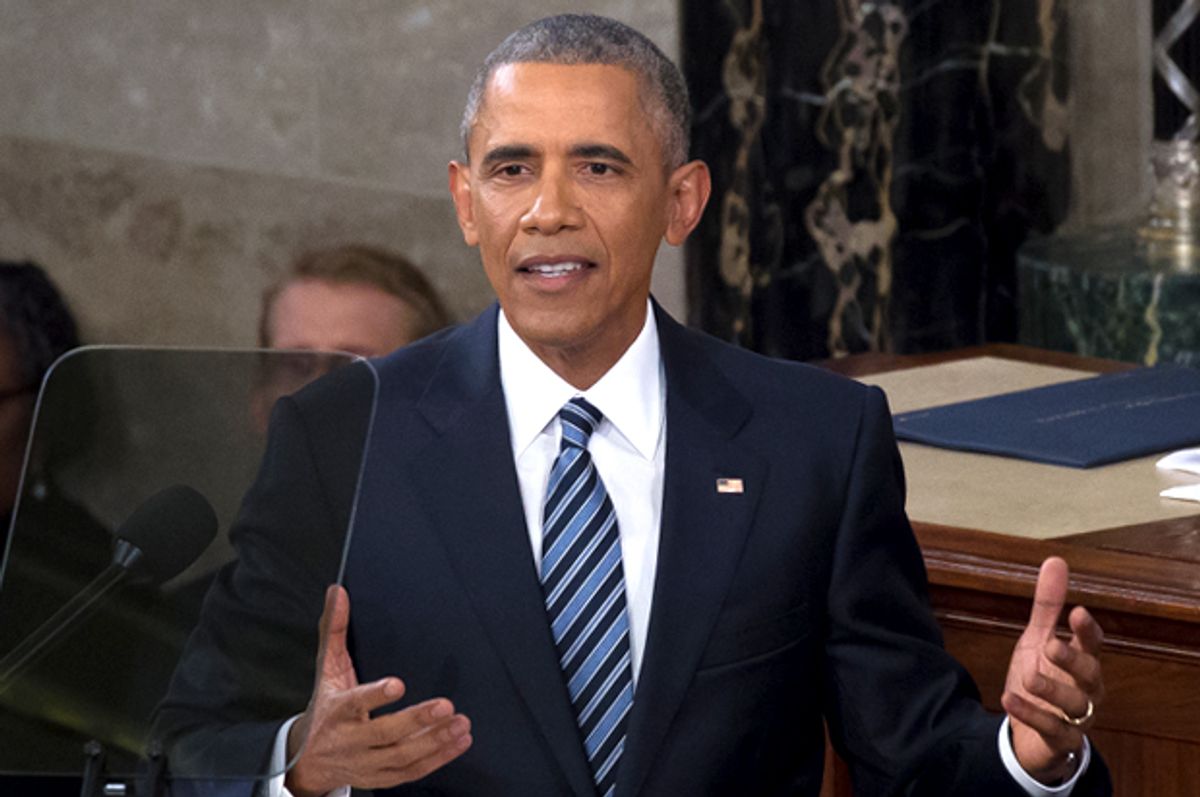 Greater political participation is the answer to almost every problem we face in this country. It can't solve everything, but if a majority of Americans voted consistently, our process would be decidedly different. Leaders would be more responsive, policy with actually scale with public opinion, and we'd have something akin to democracy.

Part of the problem is that many citizens are apathetic. There's a subset of the population that simply won't vote under any circumstances. But we've also made it needlessly difficult for people to vote, and that's by design. In Republican-led states across the country, for example, efforts are underway to suppress votes, especially minority votes.

It's well known that Democrats tend to benefit from greater participation, particularly in national elections. In addition to gerrymandering districts, Republicans have worked aggressively to stifle voting via voter ID laws and other disruptive measures. The problem these laws are designed to prevent - voter fraud - is a phantasm, but they do achieve their intended effect: voter suppression. Indeed, a study by political scientists at UC San Diego and Bucknell University found that “strict voter ID laws double or triple the gap in turnout between whites and nonwhites.”

This is an absolute scandal. Mature democracies in Europe and elsewhere go out of their way to facilitate greater participation. It's high time America joined the club. In an interview this week, President Obama offered a bit of hope on this front. He was asked directly if he thought America should follow the lead of other nations and make election day a national holiday. His answer was encouraging and worth quoting in full:

“Absolutely. We are the only advanced democracy that makes it deliberately difficult for people to vote. And some of it has to do with the nature of our history and our Constitution, where we allow individual states to determine their own processes for structuring elections within certain boundaries.

I think we know some states like Oregon are doing a much better job at extending mail-in voting, increasing tools like online voting that are safe and secure, give people flexibility over a long period of time, and early voting. And so everything we can do to make sure that we're increasing participation is something that we should promote and encourage. Our democracy is not going to function well when only half or a third of eligible voters are participating.

The single most dramatic political change that could occur in this country – and the best way for us to relieve the frustrations that people feel around the political process – would be if we had greater participation that was more reflective of the day-to-day concerns that people have.”

It's nice to hear the president say this, but he needs to take action. While an act of Congress is required to declare a national holiday, Obama can issue an executive order that would give federal workers a paid day off. That's a start, if nothing else. This is a cause that deserves more attention, more energy. There is already a bill in the U.S. Senate, sponsored by Bernie Sanders, designed to make Election Day a legal public holiday. Predictably, there have been no actions taken on Sanders's bill since he introduced it last August.

The International Institute for Democracy and Electoral Assistance recently ranked the United States 120th out of 169 countries for average voter turnout – that's a national embarrassment. Ultimately, there's no reason to oppose this unless you object to greater political participation. Voting is the lifeblood of a democracy; if that's not sacred enough to warrant a holiday, what is?