Rumors in the Kingdom: What elites are whispering about the increasingly shaky Saudi regime 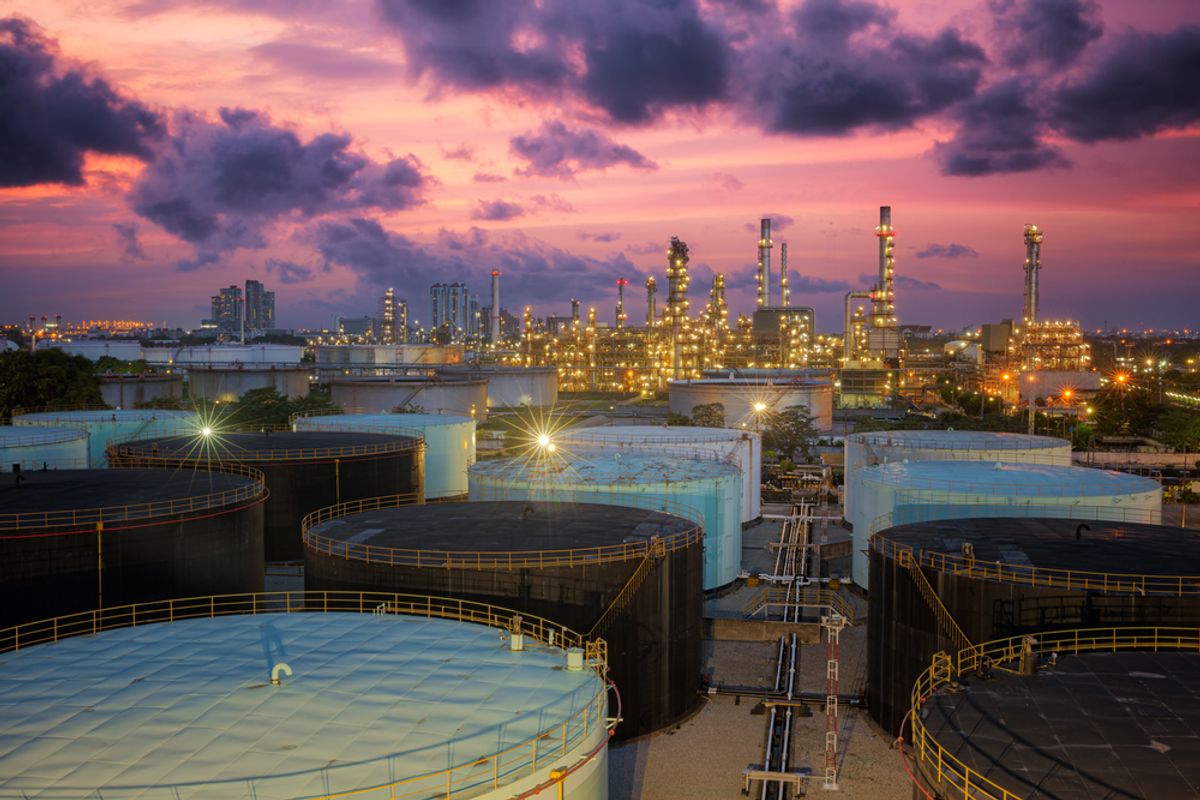 Turmoil inside the Saudi regime seems unstoppable. Veteran oil minister, Ali al-Naimi, was relieved of his duties last weekend. A fixture at the various oil meetings, al-Naimi was considered the voice of Saudi oil. But over the course of the past two years, it was not what al-Naimi did that rattled world oil markets; it is what he did not do. When oil prices began to slip in June of 2014, al-Naimi sat back and continued to allow Saudi oil production at high levels. If al-Naimi slowed down Saudi oil output, it would have allowed prices to go upwards. But he did not. By January of this year, the price of oil had fallen to $30/barrel, down from over $100 since June 2014. Currently, oil is at $45/barrel, still far short of safe levels for the Saudi treasury.

Why did the Saudi regime fire al-Naimi? Is it because the veteran—now age eighty—needed to retire? The answer is in his replacement, Khalid al-Falih, formerly head of Saudi Aramco (the state’s oil company). Born in 1960, al-Falih is closely associated with the Deputy Crown Prince—Mohammed bin Salman (MbS)—who has not only taken charge of the Saudi economy but also of its wars in Yemen and Syria. The replacement of al-Naimi by al-Falih, says an old friend in the Saudi bureaucracy, should be entirely understood as part of the “power grab by the young Deputy Crown Prince.”

Why did MbS turn against al-Naimi, the venerable diplomat for Saudi oil? My friend tells me that MbS was not pleased with al-Naimi’s attempt at a ceasefire in the oil war. At Doha in February, as I had reported, al-Naimi had brought representatives from Qatar, Russia and Venezuela together to stabilize oil prices. Such a rational move imperiled the aggressive foreign policy ambitions of MbS. Saudi Arabia’s regional aims could not be met unless Qatar and Russia felt hampered by low commodity prices. My friend, who has watched al-Naimi work for many decades, worries that rational voices are being pushed aside in the Kingdom. The arrogance of youth—embodied by MbS—is now in charge.

To sidestep the trials of low oil prices, Prince Mohammed bin Salman has pledged to sell off part of Saudi Aramco. Undoubtedly his ally al-Falih backed him on that plan. Such a massive infusion of capital—over $2 trillion—would give Saudi Arabia the kind of buoyancy that it needs to both try and reshape its economy and continue its regional aspirations. Or so that it what is believed in the palace.

Prince Mohammed bin Salman hopes that this capital will finance his plan for the new Saudi Arabia, which he has called Saudi Vision 2030. Last week, I wrote about this plan for Alternet, considering it to be an illusion. The reaction toward this column from Saudi Arabia was curious—as many people wrote to say that they agreed with me as wrote to denounce my verdict. I asked Adam Hanieh, author of Capitalism and Class in the Gulf Arab States, about this reaction. “I can’t recall such high levels of internal dissent about a domestic issue,” Hanieh told me. “It’s also striking how often these criticisms point to the fact that the plan was largely drawn up by foreign consultants (such as McKinsey).”

To gain the measure of this internal dissent, I asked a group of Saudi intellectuals and corporate leaders what they thought of the new plan for the kingdom. Samar Fatany, a highly respected broadcast journalist in Jeddah, confirmed the high level of discussion over Saudi Vision 2030. She divided the opinions into four camps: the supporters, the doubters, the skeptics and the obstructionists. The obstructionists, she said, are the “ultra-conservatives who are against any change and think that the transformation plan is not good for the country.” These are those who see the reforms as a threat to the highly regimented social life in the kingdom, particularly in terms of domestic hierarchies. Any economic reform that talks about women’s employment is a threat to the order that relies upon women’s subordination. These people, Fatany said, label reformers as “enemies of the faith.”

The doubters and skeptics come from an older generation and from specific sections of the professional class. Fatany says that they include economists and other academics as well as members of the business community. The skeptics, she told me, “have enough knowledge to understand the limitations of our manpower and the lack of experts and experienced professionals.” Not only do they know that diversification of the economy cannot take place in a few years, but they have also been through earlier – failed – attempts to reform the economy and political institutions. “ They are the ones who have been trying to push for reforms for years when the price of oil was high and they have run out of steam,” she told me. If these are the skeptics, then the doubters are merely those who believe that the extremists and obstructionists will simply not allow the reform agenda to proceed. Why worry about implementation when the entire process is dead on arrival?

It would be wrong to dismiss Saudi Vision 2030. After all, says Fatany, women and the youth are generally disposed to pledge their hope to any sign of reform. “They are eager for change,” she said. “They have a drive and are willing to give their best to make it succeed.” Seventy percent of the Saudi subjects are under thirty. Their expectations are unmet in the present system. A share of the oil money is not enough for them. They want to live fuller lives. A group of young Saudis tell me that they would like to see political reforms, but they are unsure what these reforms would look like. It is dangerous to talk of democracy. They do not publically hope for anything more than economic openings. Alexis de Tocqueville, who knew a great deal about the overthrow of a monarchy, wrote in 1865 that the most dangerous moment for a king is not when conditions are abysmal for the population; the most dangerous time “is generally that in which it sets about reform.” As the monarchy lightens the yoke from the shoulders of the population, more is demanded – including the end of the regime.

Nawaf al-Egla, an enthusiastic young entrepreneur, tells me that he wants Saudi Vision 2030 to succeed. What he wants is “gradual change in Saudi Arabia without losing the essence of its history and heritage.” Al-Egla tells me that the palace consulted a large section of the business community before it launched the new reform agenda. The Deputy Crown Prince understands that there is a barely tapped resource in the country—the 150,000 Saudi students who went and studied in the West on the kingdom’s dime. They are educated, but their skills are under-utilized. These people, says al-Egla, will be the “backbone” of the transformation. Al-Egla represents many Saudi men of his generation who recognize that the issue of women’s rights is overdue. “It is no secret that Saudi women face difficulties to run businesses or to enroll in jobs.” He blames society, not the kingdom. Saudi culture needs to change, but “that change cannot be forced.” Women must be in the workplace, al-Egla says, if Saudi Vision 2030 is to succeed.

Madawi al-Rasheed, the most distinguished historian of Saudi Arabia, does not share al-Egla’s keenness. “Saudi Vision 2030 is a phantasmagoria,” she tells me. Months before the protests began in Tunisia in 2010, the International Monetary Fund (IMF) came to the country and praised its development path. Saudi Arabia’s reform project mimics the IMF agenda. The tonic of privatization and reliance upon financial flows will not produce the kind of healthy economic and polity that Arabia requires. Where corruption is endemic, “the vision is bound to benefit a section of society, the ones who purchase the state assets, the princes themselves and international investors close to the princes.” Hanieh agrees, saying the privatization scheme will “widen the already large gaps between the ultra-rich and the poor. The plan contains quite significant austerity measures. I suspect we’ll see further social unrest if it moves ahead.”

Meanwhile, those Saudis who pine for an alternative—the youth and women—hold tight to any sign of reform. It is far better than the status quo. What al-Rasheed and Hanieh suggest is that what they have grabbed on to is hollow. It cannot work. Such words would hurt al-Egla and his generation for their analysis is blinded by hope. Who can blame them?

In 2010, King Abdullah had asked Ali al-Naimi to make a list of those who might succeed al-Naimi to become the fifth oil minister in the kingdom’s history. Only three oil ministers had come before al-Naimi: the Marxist founder of OPEC Abdullah al-Tariki (1960-1962), the sophisticated survivor Ahmed Zaki Yamani (1962-1986) and the technocratic poet Hisham Nazer (1986-1995). Al-Naimi’s list had two important names on it—Mohammed al-Saban, who led the Saudi team to the UN climate talks, and Abdullah al-Jumah, who was head of Saudi Aramco. Al-Jumah left Aramco and was replaced by al-Falih. It is not a surprise that al-Falih took over as oil minister. It is a happy opportunity for the Deputy Crown Prince that this new minister is his ally. Much hope from Arabia’s youth and women rests on these men. Careful watchers of the Kingdom suggest that the path they have chosen will end in failure.