Stop asking how old she is: Let's not make it easier to penalize actresses for aging

Until things get better for women, #AskHerLess [UPDATED] 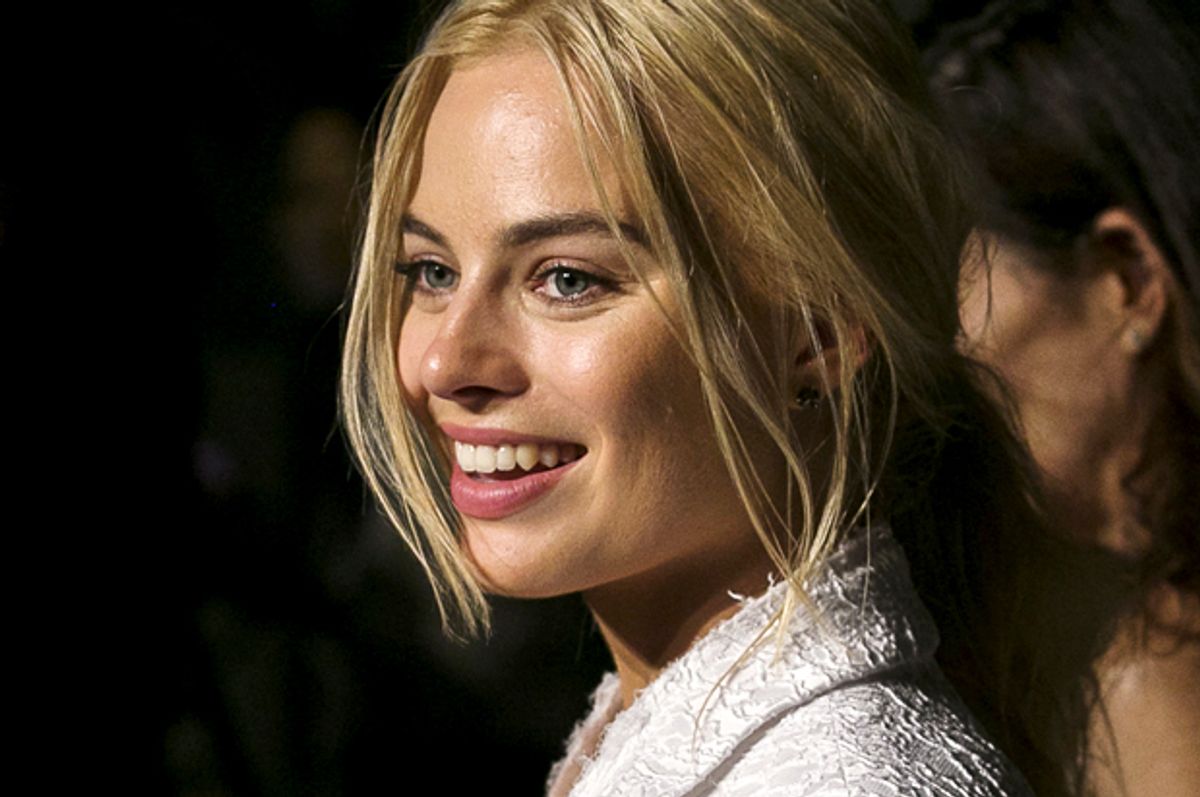 UPDATE: Jezebel's Bobby Finger reports the Sydney Morning Herald has issued a "belated correction" to the story that launched the rumors about Margot Robbie's age. The actress is still 25, and there are yearbook photos to prove it.

Margot Robbie transcends age, at least according to Vogue. The Australian actress graces the cover of the publication’s June issue, where the fashion magazine writes that the “girl of the moment”—soon to appear in “Suicide Squad” and “The Legend of Tarzan”—is a sprightly 25 years old. Her IMDb page states the same, listing her birth date as July 2, 1990. But as Jezebel’s Bobby Finger points out, that fact raises more than a few eyebrows. Eight years ago, the Sydney Morning Herald reported that the buxom import was 23. How could she have only aged two years since 2008?

It doesn’t take Nancy Drew Twitter Detective to figure out that Margot Robbie hasn’t magically harnessed the powers of Benjamin Button in the past decade. Lying about your age — not that we can say that Robbie has done so — is not a new concept in Hollywood. Finger calls it a “symptom of our youth-obsessed culture.” He continues, “And we’re all familiar with how hard it is for women in Hollywood to get acting work as they age out of their twenties.” (A separate report from Australia’s Daily Telegraph, on the other hand, backs up Robbie’s assertion that she is, in fact, 25. Who the hell even knows?)

If she is fibbing, Robbie is hardly the first actress rumored to fudge her birthdate to ensure that she keeps getting cast in projects. The most famous case is fellow Aussie Rebel Wilson. Last year, the Sydney Morning Herald reported that the “Pitch Perfect” actress was actually 35, despite the fact that Wilson claimed to be 29. The comedienne hilariously dismissed the media speculation on Twitter, writing that she’s “actually a 100 year old mermaid.” Similar rumors have followed Oscar-winner Catherine Zeta-Jones for years.

If the pop singer Anastacia once claimed that every female celebrity lies about their age, these women are certainly in good company: Nicki Minaj, Jennifer Lopez, and model Agyness Deyn (who is currently starring in Terrence Davies’ “Sunset Song”) have all been accused of doing the same. Oscar-nominee Jessica Chastain simply refused to answer the question. When the Associated Press profiled the actress back in 2011—following her breakout role in “The Tree of Life”—the reporter was forced to write around that fact, saying that Chastain was “about 30 but will not disclose her exact age.” The Internet, being the Internet, launched an investigation.

But Jessica Chastain may have been onto something. In an industry that’s hellbent on punishing any woman who dares to get older in the public eye, what’s the point of disclosing your age at all? Why answer the question? Sure, it can be empowering to embrace being thirtysomething, fortysomething, or whatever-something you happen to be, but empowerment doesn’t stop the fact that Hollywood stops giving women of a certain age career opportunities. After all, Olivia Wilde, who is just 32, was famously told she was “too old” for Margot Robbie’s star-making role in “The Wolf of Wall Street.” It’s fitting that if Finger’s claims are true, the two actresses are basically the same age.

In recent years, women have protested the frivolous questions actresses are forced to field on the red carpet, usually about whatever designer dress they happen to be repping. The #AskHerMore campaign responded by calling out that sexist treatment. If a woman is nominated for an Oscar, for instance, why not ask her about the challenging role for which she’s being recognized? If women shouldn’t be reduced to their fashion choices, we shouldn’t be focusing so much attention on yet another question that—at the end of the day—matters a whole lot less than women being given great opportunities, no matter what their birth certificate says. Margot Robbie might be lying about her age, but what if she didn’t have to talk about it at all?

They say that age is just a number, but in Hollywood, it will continue to hold women back as long as we let that question hang over their heads like a guillotine.