“Take it off! This is America!”: North Carolina man pleads guilty to federal crime after yanking Muslim woman's headscarf off during flight 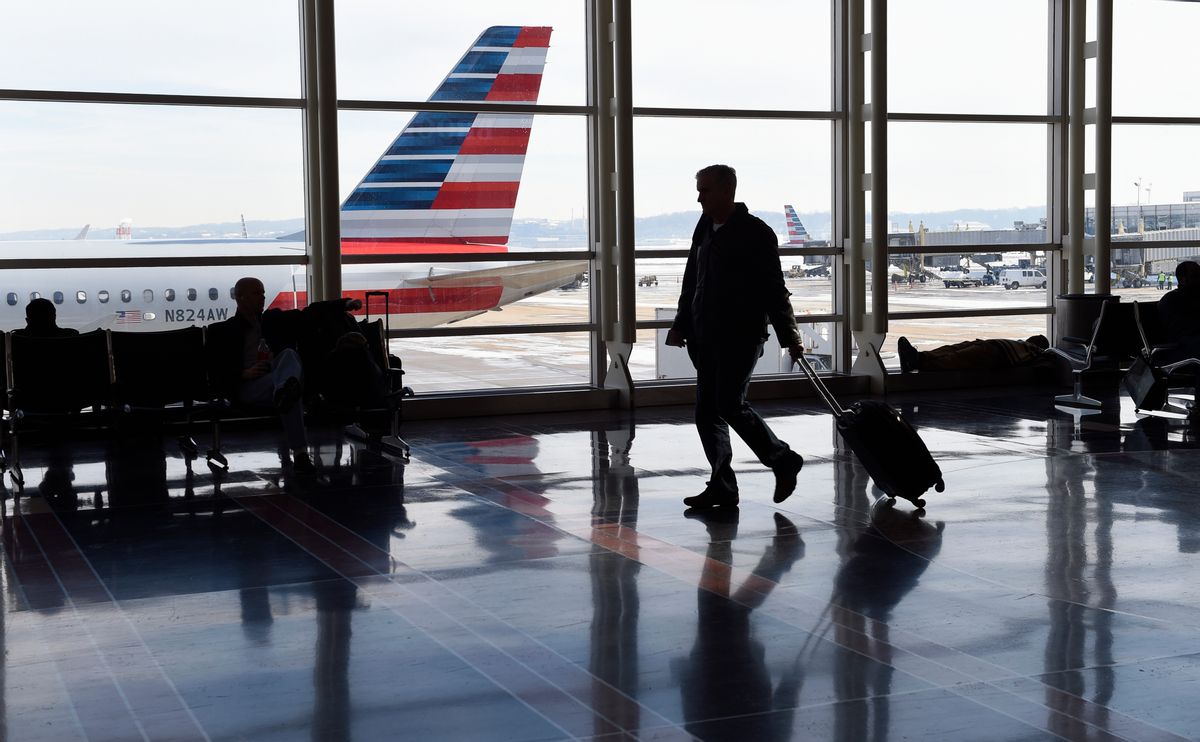 People walk the terminal at Washington's Ronald Reagan National Airport, Monday, Jan. 25, 2016. Flights remained delayed or canceled in the aftermath of a massive weekend blizzard that slammed into the eastern U.S., wreaking havoc on travel in the nations busiest cities, with airports in the New York City and Washington D.C. metro areas were the hardest hit. (AP Photo/Susan Walsh) (AP)
--

37-year-old Gill Payne of Gastonia pleaded guilty in the District of New Mexico to one count of using force or threat of force to intentionally obstruct a Muslim woman in the free exercise of her religious beliefs, according to a press release from the Department of Justice. According to court documents, the incident occurred on Dec. 11, 2015, when Payne and the woman, who was only identified as K.A., were on board a Southwest Airlines flight where Payne demanded that the woman remove her religious headscarf, known as a hijab, before forcibly removing it from her head:

Payne was seated several rows behind K.A. on the airplane, and did not know her.  Payne admitted that he saw that K.A. was wearing a hijab and was aware that it is a religious practice of Muslim women to wear a headscarf.

Payne further admitted that shortly before landing, but while still in-flight, he walked up the aisle to where K.A. was sitting and stopped next to her seat.  Payne proceeded to tell K.A. to take off her hijab, stating something to the effect of, “Take it off! This is America!”  Payne then grabbed the back of the hijab and pulled it all the way off, leaving K.A.’s entire head exposed.

“This prosecution sends a clear message to anyone who contemplates the use of threats or intimidation to interfere with the right of individuals, including members of our Muslim community, to express their faith without fear,” U.S. Attorney of the District of New Mexico Damon Martinez said in a statement.

“No matter one’s faith, all Americans are entitled to peacefully exercise their religious beliefs free from discrimination and violence,” Deputy Assistant Attorney General Vanita Gupta, head of the Justice Department’s Civil Rights Division which made a historic move to protect transgender people with its lawsuit against North Carolina's discriminatory bathroom ban this week, said on Friday.

Payne's sentencing hearing has not yet been set. He faces a maximum penalty of up to 10 years as well as a fine of up to $250,000.