He specified "verbally," but the metaphor's rather graphic even if it's just a metaphor 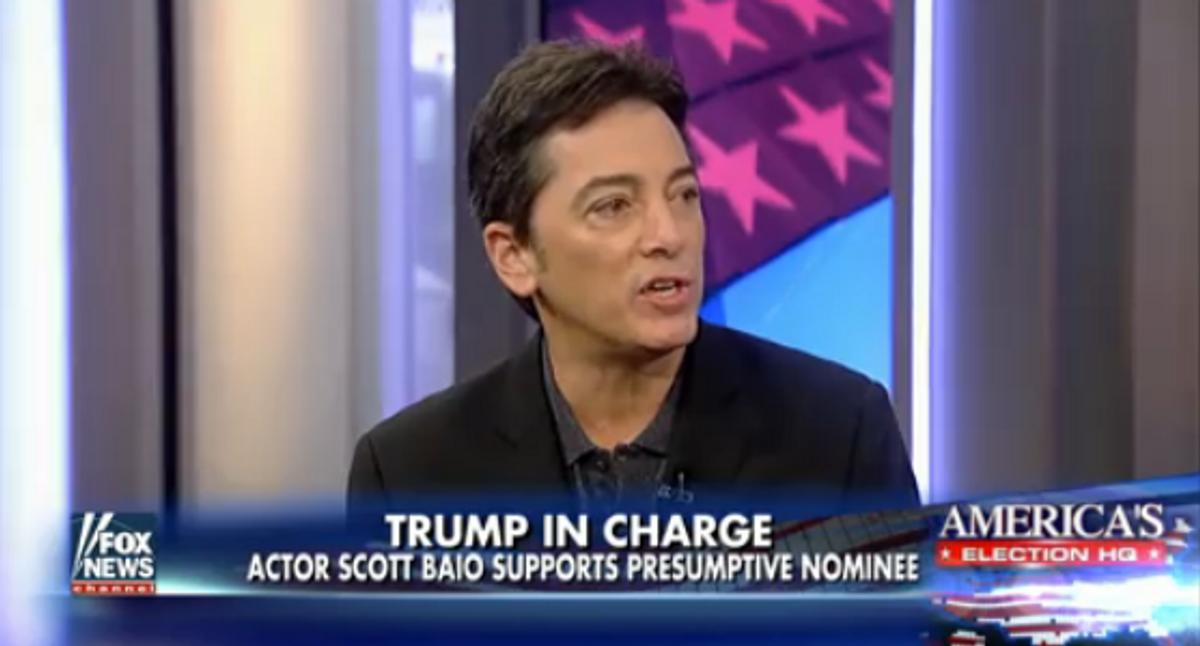 On Fox & Friends Friday, the co-hosts welcomed actor Scott Baio to comment on the current state of the Republican party, because why not consult "Chachi" on the future of American democracy?

Baio -- an ardent Trump supporter -- was extremely unhappy with the the lukewarm words House Speaker Paul Ryan issued after meeting with the presumptive Republican nominee Thursday.

"Politicians speak and I don't understand what they say," Baio confessed. "They sound like Charlie Brown's parents. Then I heard Trump speaking, and I understand what he was saying."

"I like the fact that Donald Trump is the kind of guy who's going to go Washington and shake things up," he continued. "He's going to knock the hell out of Hillary Clinton -- verbally, so take it easy, people on Twitter -- and that's what she needs." (Baio's apparently unaware that violent rhetoric is violent even, or perhaps especially, if one insists it isn't.)

After saying that he appreciates that Trump's "not a Republican, but a winner," Baio said that the other reason he's supporting Trump is that "I don't want Hillary Clinton to be president -- I want Donald Trump to be president."