Clinton's camp thinks her résumé will be enough to carry her to the White House. No one should be that sure 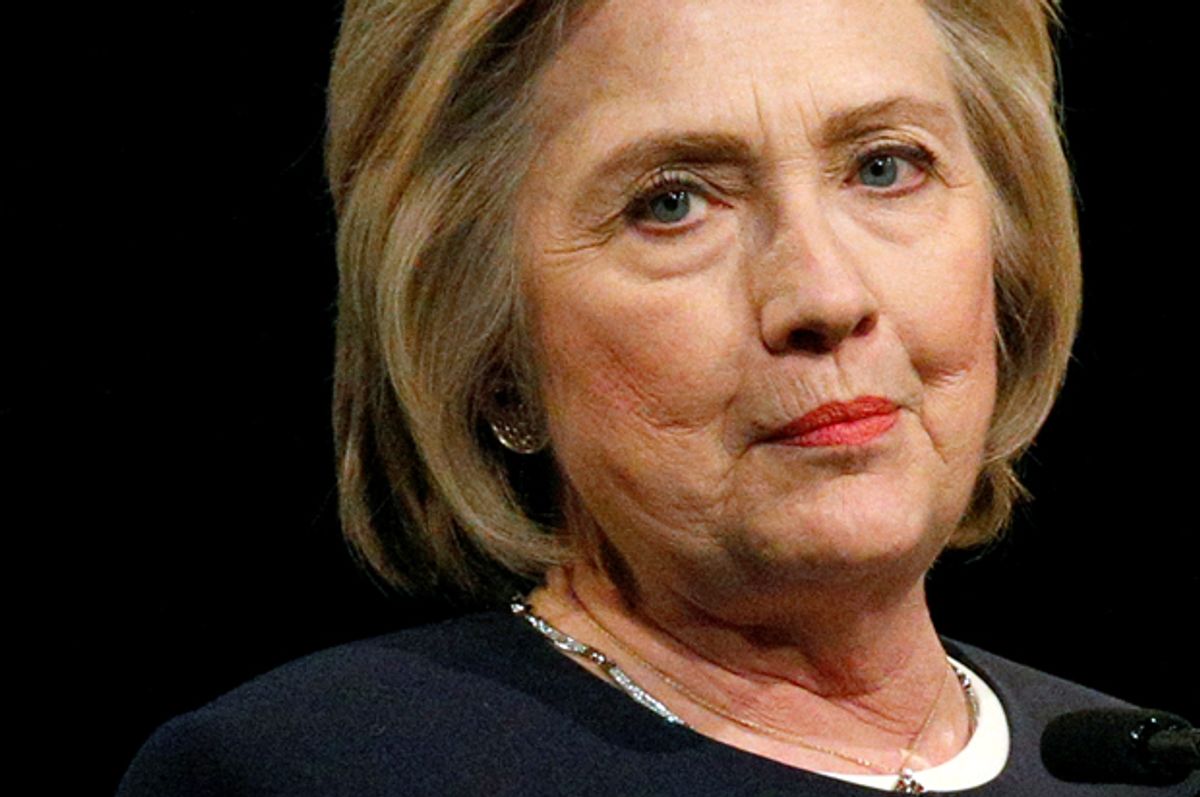 No matter what you think about Hillary Clinton as the presidential primaries wind down, there is one undeniable fact that lingers in the background. Despite having had enormous advantages from the start of the campaign—no serious competition from within the party, solid support from national party leaders, a massive war chest and a nationwide grassroots network built over the course of decades in national politics—Clinton has struggled to put away a 74-year-old Jewish socialist who has had almost no establishment support.

Say whatever you want about Clinton’s lengthy résumé—and her credentials are indeed impressive—her performance this primary season is hardly indicative of a strong candidate.

Indeed, Clinton concedes that she’s not a natural politician, lacking the charm of her husband or the charisma of Barack Obama. But what should be troubling to those who hope to see a Democrat in the White House next year is that Clinton seems to suggest that this weakness isn’t problematic, that her résumé and policy-wonk reputation will be enough to carry her on Election Day.

Maybe. But don’t be too sure.

Look no further than the 2000 election, when another policy-wonk Democrat with little charm or charisma—Al Gore—failed to ride his impressive credentials to the White House. Gore, a two-term vice president with prior lengthy service in both the Senate and House, lost to an anti-intellectual GOP opponent with no Washington experience. Sound familiar?

Many Democrats are having difficulty accepting the fact that Clinton, despite her résumé, is a weak politician. In this state of denial, their defense of Clinton becomes aggressive, as they lash out at Bernie Sanders for staying in the race, implying that Clinton has earned the right to glide to the finish line unopposed.

A prime example of this Clinton-entitlement mentality can be found in a recent Boston Globe column by Michael A. Cohen, entitled “Bernie Sanders declares war on reality.” Cohen insists that Sanders is “illogical, self-serving, hypocritical” and “intellectually dishonest” in trying win the nomination by swaying superdelegates away from Clinton. “Instead of coming to grips with the overwhelming evidence that Democratic primary voters prefer Hillary Clinton to be the party’s 2016 presidential nominee,” Cohen writes, “Sanders continues to create his own political reality.”

Unfortunately, Cohen ignores the fact that the “overwhelming evidence” isn’t strong enough to allow Clinton to claim the nomination with pledged delegates alone. Had the evidence been so overwhelming, courting superdelegates would be irrelevant. Because Clinton has been far from dominating in the primaries and caucuses, the true “political reality” is that she will need superdelegate support to secure the nomination. Fortunately for Clinton, she appears to have the support of an overwhelming majority of superdelegates, but those allegiances can change up until the time of the convention vote, so Sanders is alive as long as the race comes down to a fight over them.

Sanders has correctly criticized the superdelegate system as undemocratic, but there is nothing hypocritical or illogical in his continuing the fight within that system. To denounce the rules of a race does not preclude a candidate from competing within those flawed rules. With party insiders having disproportionate power as superdelegates, the system tips the scales strongly in Clinton’s favor, as Cohen surely knows, yet he still cries foul at Sanders pressing on within that system.

Such specious arguments not only distract from the uncomfortable reality that Clinton is an extremely vulnerable candidate, they also fail to recognize that the Sanders campaign represents an agenda that is fundamentally different from Clinton’s. This is not a debate between two candidates with slight differences in substance or style, but of two vastly disparate philosophical views.

Even if Sanders loses the nomination contest, which at this point appears likely, he represents an egalitarian, democratic vision that is highly skeptical of corporate power and the neoliberalism that Clinton represents. This agenda has resonated, fueling a surprisingly strong campaign that has energized many, especially younger voters, and those supporters expect that their message will be carried all the way to the convention. For Sanders, stopping the fight at this point would be senseless.

Clinton herself has the tact to refrain from urging Sanders to exit. She instead is doing the smart thing by basically ignoring him and focusing on Donald Trump and the general election. Still, there can be no doubt that she would love to be in Trump’s position, having no opponents remaining with any mathematical chance of seizing the nomination.

The fact that she’s not in such a position, and that her race for the Democratic nomination continues to be pestered by an old lefty who has served three decades in politics without even registering as a Democrat, should be a grave concern for her and her supporters. Although her credentials are strong, her candidacy isn’t—and blaming that on Sanders would be nothing but a form of denial.