A tale of two Obamas: The unapolegetic defender of trans Americans & the man who scolds Black Lives Matter

The president has been uncompromising in defense of the LGBT community. So why does he tell others to compromise? 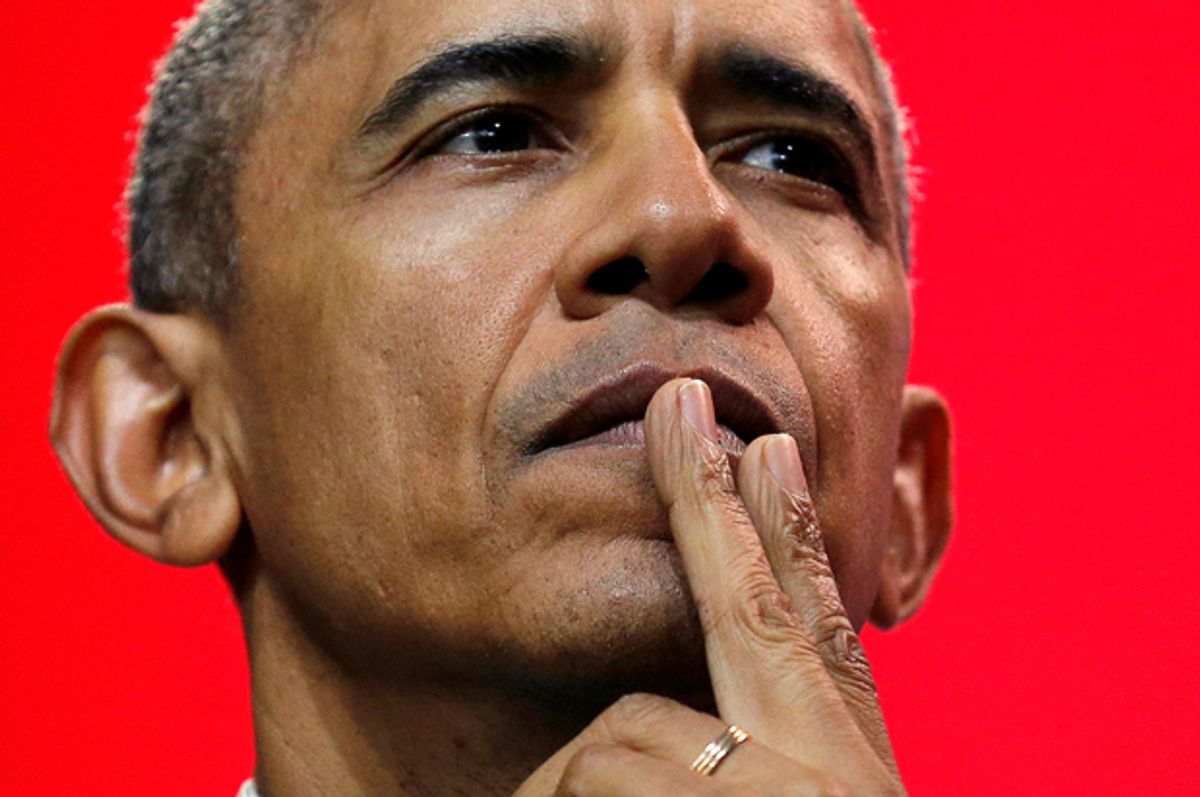 President Obama's recent commencement address to the students at Howard University got a fair amount of attention for the words it contained about activism in 2016. Pundits like Frank Bruni could barely contain their glee about Obama's rebuke to Black Lives Matter protesters.

"If you think that the only way forward is to be as uncompromising as possible, you will feel good about yourself, you will enjoy a certain moral purity, but you’re not going to get what you want," Obama said, "So don’t try to shut folks out. Don’t try to shut them down, no matter how much you might disagree with them."

One wonders whether that version of Obama would recognize the one whose administration is now embarking on an aggressive and uncompromising showdown with opponents of transgender rights in the United States. In only the past week, the Justice Department sued North Carolina over its new anti-trans bathroom law; Attorney General Loretta Lynch delivered what has been hailed as a historically important defense of trans people; and the Obama administration issued a decree mandating that public schools allow students to use the bathrooms that match their gender identity.

There is no attempt to understand the other side here. The White House isn't meeting the government of North Carolina halfway. It's asserting broad, robust federal authority in a way that is almost certain to land it before the Supreme Court.

So what's going on? Why is the same president who chastised young black activists for their confrontational attitude deliberately picking a fight with a string of state and local governments over another civil rights issue?

The answer is pretty simple: In what feels like the blink of an eye, it has become more politically advantageous for the White House to be on the side of trans people than to sit on the fence. Actually, forget that positive framing: it's politically dangerous for the White House not to take this sort of stand. And that's because trans people, and queer people more generally, are reaping the rewards of decades of sustained, confrontational, fearless activism and movement-building.

It's just over four years to the day since Obama abandoned his opposition to same-sex marriage. Think about that. Four years ago, the president of the United States wasn't even in favor of something as conservative as gay marriage. Now, he's waging battles for trans rights. Look at what that movement made him do! There are untold numbers of LGBT people who will have been told over the past couple of generations that they were moving too fast, that they weren't representing themselves in the best possible light, that they were scaring straight people too much. Thank heaven for the ones who didn't listen.

Moreover, for all of Obama's displeasure about the tactics of the Black Lives Matter movement, just think about how influential that movement has been precisely because so many of its participants have rejected meekness. Look at how petrified they made Hillary Clinton and Bernie Sanders because they were willing to get in their faces and demand that their issues be addressed. Look at how quickly the discourse around criminal justice has changed—how quickly positions that were once badges of pride for politicians have turned into marks of dishonor. Has everything become better overnight? Of course not. But the entire 2016 race has been shaped by the actions of ordinary citizens taking power into their own hands and wielding it without compromise. Electoral politics has its place. Engaging with the system has its place. But so does hammering that system from the outside.

During a year in which it feels like everything is laser-focused on the presidential campaign, it's good to be reminded of the singular electricity that comes from regular people demanding to be treated with dignity and confronting authority without apology. It is a lesson that should never be cast aside, no matter who becomes president in November and no matter how much any politician tells people to stop causing so much trouble.