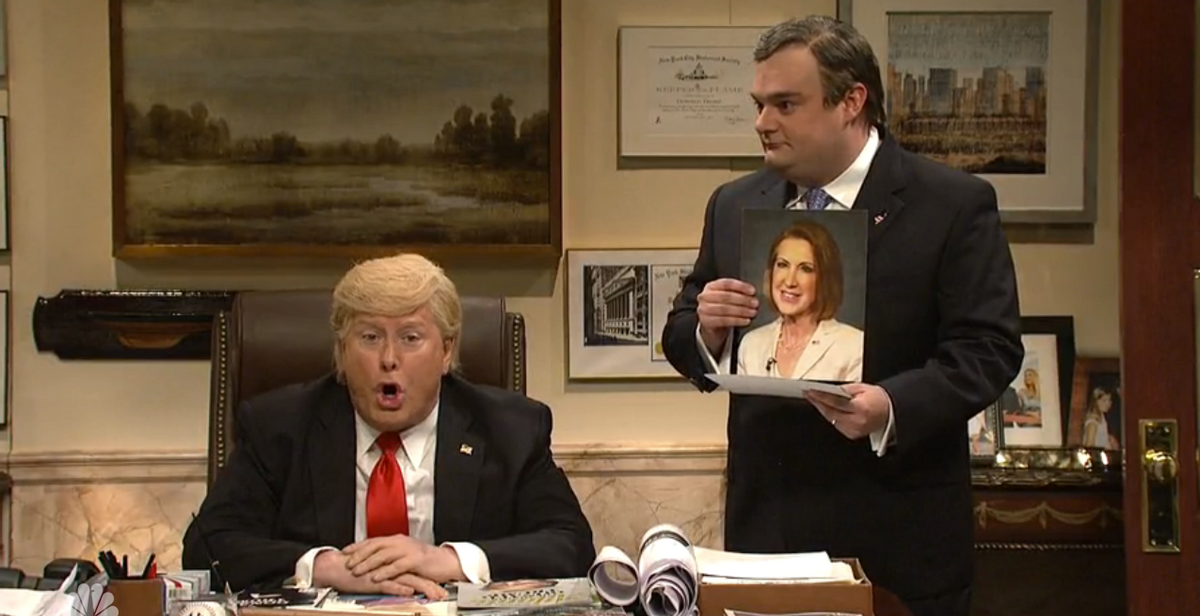 Donald Trump never fails to give the writers at "Saturday Night Live" endless material to work with.

Christie showed Trump, played by Darrell Hammond, photos of potential candidates for VP, including Carly Fiorina.
"She can help you with your women problem too. I mean, women look up to her," Christie said. Trump responded: "For what? She's a B-cup. Tops"

And of course, Christie's own photo made it into the pile. "How did that get in there?! Look at that!" Christie said.

SNL also riffed on recent accusations that The Donald in the '90s posed as his own publicist, named John Barron, while talking to reporters on the phone.

Watch the whole clip below: