He finally speaks — to college students, about the urgency of speaking up in the face of political correctness 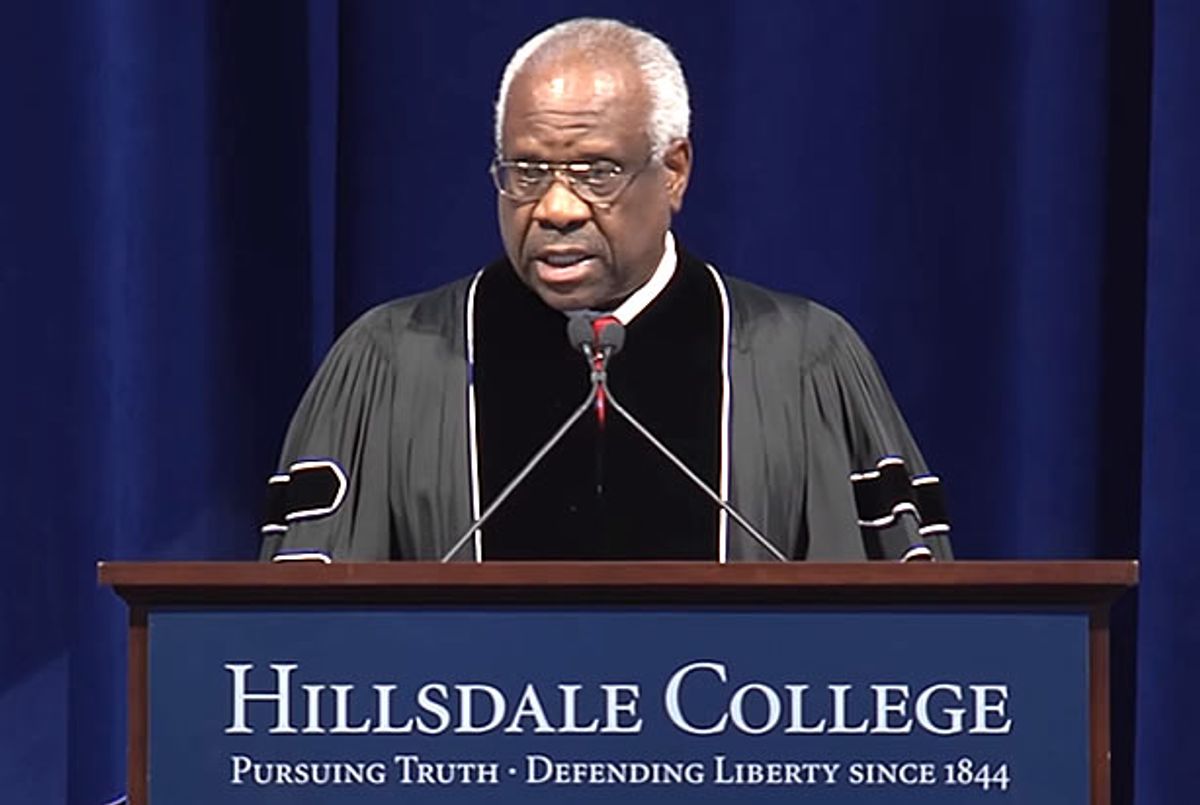 Clarence Thomas, the Supreme Court Justice seemingly incapable of speaking when his job requires it, gave a commencement speech at Hillsdale College over the weekend in which he provided ironic insight into his infamous silence, urging the graduates "not [to] hide your faith and your beliefs under a bushel basket...in this world that seems to have gone mad with political correctness."

As a sitting judge on the highest court in the land, it would seem commonsensical for someone of his stature to deliver such advice -- or would, if Justice Thomas ever demonstrated that he himself abided by it.

Thomas noted that there "could be no freedom without each of us discharging our responsibilities. That was first and foremost," and that in "that context, when we heard the words ‘duty,’ ‘honor,’ ‘country,’ no more needed to be said. But that is a bygone era."

He added that "we rarely hear of our personal responsibilities in discussions of broad notions such as freedom or liberty," but failed to note that one of his responsibilities as a sitting justice on the highest court in the land might require him to be an active participant in the debates occurring before him.