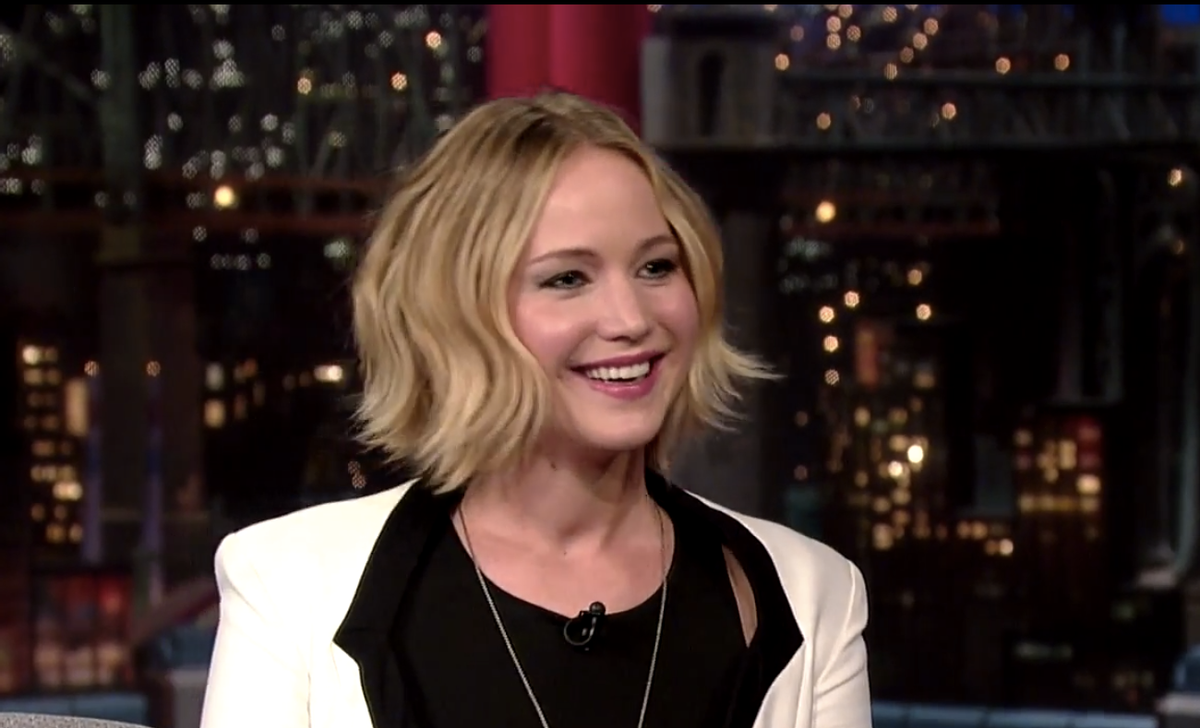 Jennifer Lawrence has a simple message she'd like to deliver to Donald Trump.

During a Friday appearance on The Graham Norton Show, the actress was asked if she'd ever met the presumptive Republican presidential nominee and recounted a time she'd tried—and failed—to make Trump's acquaintance.

"I was at a concert where I heard he was attending, so I had my full security team, like I was like, ‘Find Donald Trump,'" Lawrence said. "I was adamant on finding him and making a video of me going, 'Hey, Trump, fuck you!'" Lawrence flashed her middle finger as she delivered the story's punch line.

"I wouldn't rest until he was found," Lawrence recalled. "I think he knew I was looking for him."

The Oscar-winning actress has never been shy about sharing her politics. "I was raised a Republican," Lawrence told Vogue last year, "but I just can’t imagine supporting a party that doesn’t support women’s basic rights." And in October 2015, she said, "If Donald Trump becomes president, that will be the end of the world."

Unfortunately for Lawrence, she wasn't able to track Trump down at the concert. Here's hoping she'll have another chance to make her video before November.

Watch the clip below, via US Weekly: