Megyn Kelly finally caved to her corporate masters: Donald Trump's lifetime of being patently offensive to women "is in the mind of the beholder" 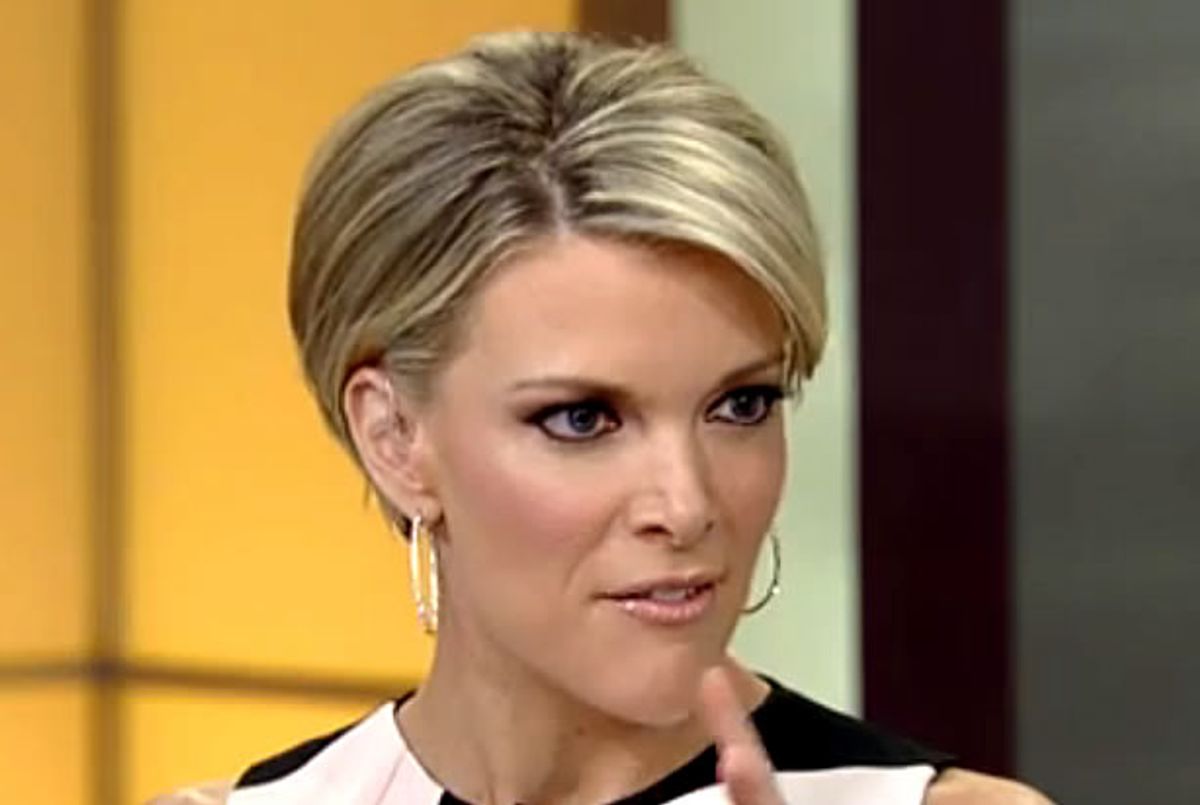 Megyn Kelly has been hitting the talk show circuit teasing her Roger Ailes-mandated conciliatory interview with Donald Trump for a week now, but Monday on Fox & Friends, she crossed the very line she chastised him for crossing in that early GOP debate.

If you recall, Kelly rightly called him out for referring to " women you don’t like ‘fat pigs,’ ‘dogs,’ ‘slobs,’ and ‘disgusting animals.'" She noted that he "once told a contestant on ‘The Celebrity Apprentice’ that it ‘would be a pretty picture to see her on her knees.'"

"Does that sound to you like the temperament of someone we should elect as president?” she asked, then.

But this morning, her tune had changed -- instead of demanding to know how he would deal with questions from Hillary Clinton about being "part of the war on women," Kelly said that whether an individual considers his statements to be sexist "is in the mind of the beholder."

She further claimed that women are going to ignore his history of sexual harassment and focus instead on "his policy, based on terrorism, their budget, the economy [because] the thing that's so unusual about Trump is that we've never seen a candidate like him before. Will Republican women carry through, or will they vote on something different?"