I don't feel your pain: Study finds Tylenol might be making you apathetic

Beyond simply dulling your headache, acetaminophens can make you less empathetic to your friend's headache 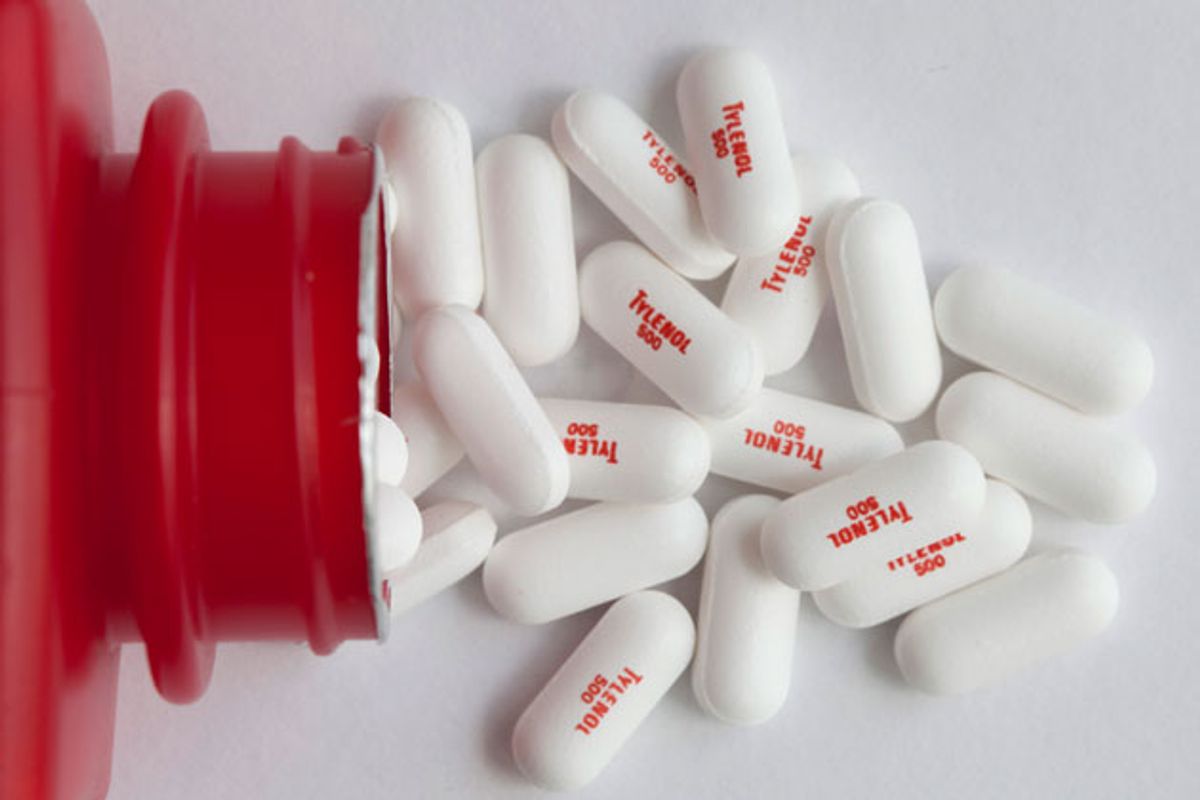 In today’s world, “walking a mile in someone else's shoes” really just sounds exhausting. Luckily, a new study published in the journal Social Cognitive and Affective Neuroscience suggests that acetaminophen, the generic name for the popular pain reliever Tylenol, may curb your ability to do just that.

Researchers at Ohio State University found that when subjects took acetaminophen prior to learning of another persons’ physical or emotional pain, they were less likely to empathize with the person than those who were given a placebo.

“These findings suggest other people’s pain doesn’t seem as big of a deal to you when you’ve taken acetaminophen,” said co-author Dominik Mischowski. “Acetaminophen can reduce empathy as well as serve as a painkiller.”

In two double-blind studies, the researchers measured the reactions of subjects “reading physical or social pain scenarios, witnessing ostracism in the lab, or visualizing another study participant receiving painful noise blasts,” finding that the group given acetaminophen were less likely to experience “perceived pain, personal distress, and empathic concern.”

So when the physical or emotional pain of living gets to be too damn much, have no fear: Big Pharma’s got your back (and your wallet, and—in all likelihood—your congressman, too).