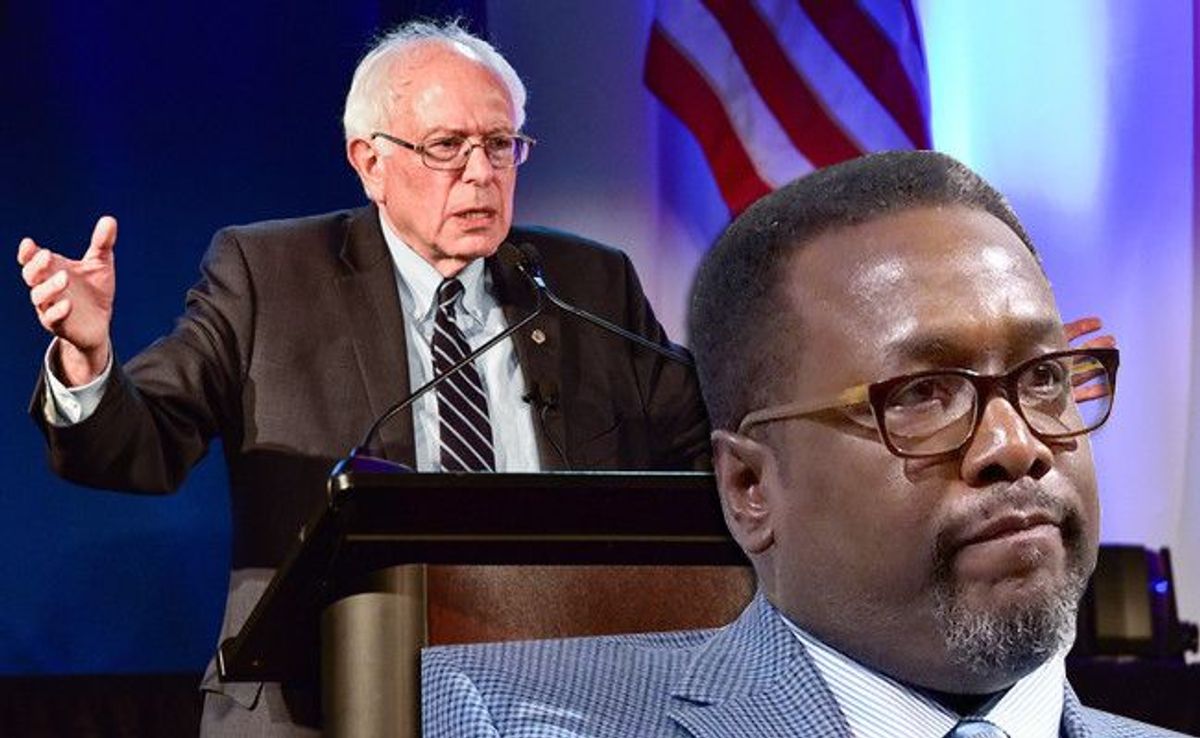 Actor Wendell Pierce, who portrayed Detective William “Bunk” Moreland on "The Wire" and Antoine Batiste in "Treme," was arrested on Sunday on a simple battery charge in Atlanta, according to police and court records.

According to TMZ, who first reported the arrest, the 52-year-old actor "struck up" a conversation with a woman and her boyfriend around 3:30 AM at the Loews Atlanta Hotel. Pierce, who is staying in the hotel while in Atlanta shooting a new movie, "One Last Thing," reportedly became enraged when the conversation turned to the topic of politics and the couple expressed their support for Bernie Sanders. Pierce, a vocal supporter of Hillary Clinton, allegedly shoved the man then grabbed the woman by her hair before slapping her.

The woman and her boyfriend reportedly went to their room and alerted hotel security, who following protocol, called the Atlanta Police Department. Police later arrested Pierce for battery. Atlanta police officer Donald T. Hannah described the arrest as routine, adding that Pierce, who recently played Supreme Court Justice Clarence Thomas in HBO's "Confirmation," "made no indication he was famous, nor did the officer inquire."

He was released from Fulton County jail the same day on a $1,000 bond, records showed.