Cruz vowed to supporters that his movement "doesn’t go away with one election.” When will this nightmare ever end? 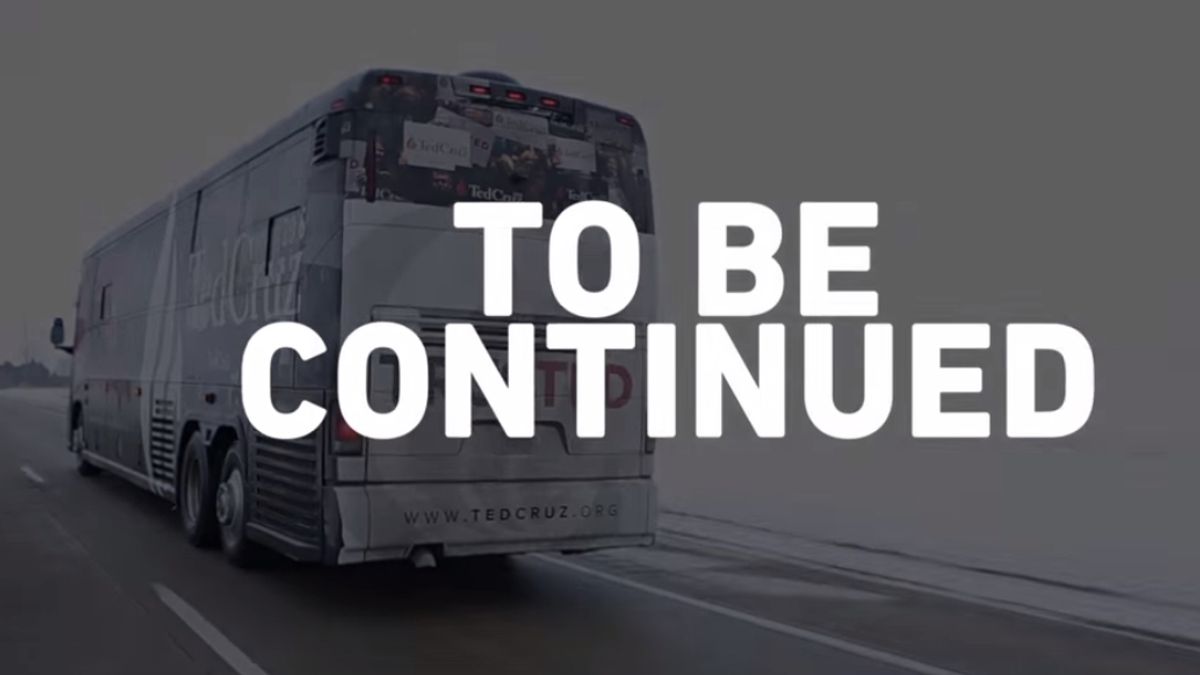 Those are the threatening last three words in a more than five minute long final campaign video from failed Republican presidential candidate Ted Cruz, and frighteningly, there was no indication if the Texas senator's ominous warning was of another bid for the White House in 2020 or 2016.

“This is nearly a regret-free campaign,” Roe said of the campaign that made a last-ditch and ultimately futile appeal to Indiana voters with a presumptuous announcement that Cruz had selected Carly Fiorina as his running mate.

A teary-eyed Cruz eventually addresses his campaign staff, whom he called the finest team ever assembled in politics, saying what they accomplished “is frankly insane” because “nobody thought we had a prayer”:

We sparked a fire and started a movement. That’s powerful and doesn’t go away with one election

Last week, Cruz official filed papers to run for re-election in 2018, so we can only hope he'll stay off the presidential campaign trail until 2020 -- or at least until Cleveland.