Her son Barron, though, "likes it, the what do you call it? The Frappuccino? He likes that." 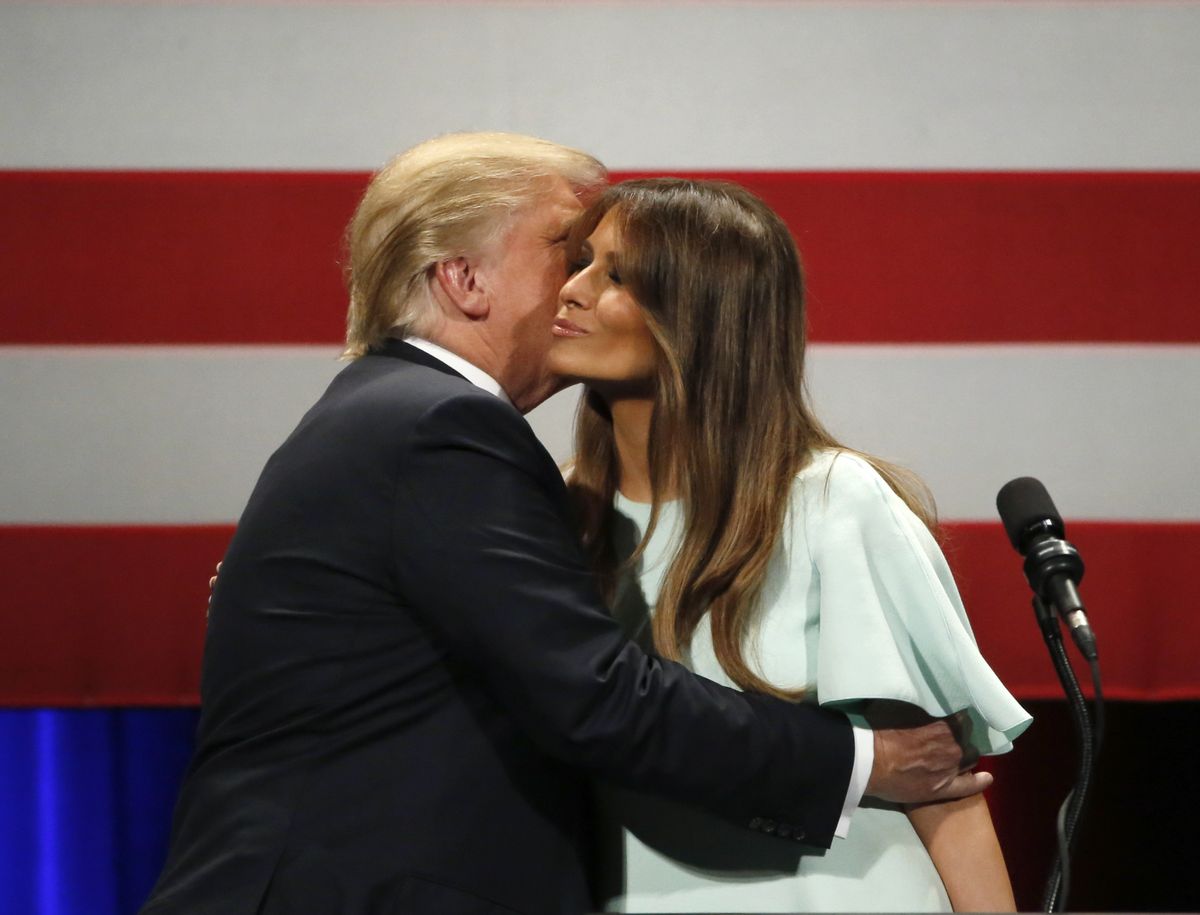 Julia Ioffe, who received a gross amount of anti-Semitic hate mail after publishing a profile of Melania Trump in GQ, knows better than anyone the occupational hazards of writing about her.

Maybe that's why Mickey Rapkin, writing for DuJour, took a less demonizing approach. Though DuJour's profile is far less probing, it did produce some nifty insights.

1. Melania Trump, possibly the next First Lady of the United States, doesn't get her coffee from Starbucks.

"I drink coffee," she told Rapkin. "But I don’t drink Starbucks." (There's a Starbucks on the ground floor of Trump Tower.) Barron, her 10-year-old son with Donald, enjoys himself the occasional Frappuccino, though.

2. The older Trump kids — Ivanka, Donald, Jr., and Eric — call her to give advice to the presumptive GOP nominee.

"After a speech, the kids are calling me ... saying, 'Call dad and tell him this and that. He’s listening to you,'" Melania explains. "They know I would talk to him and put him in the right direction."

3. Melania's first apartment, a small one-bedroom, in New York rented for $2,500 a month

According to Rapkin, Melania's first apartment, "a small one-bedroom that felt like a declaration of independence," cost her $2,500 a month. No mention was made of whether utilities were included.

Asked where she went to buy furnishings, "She thinks about this for a second before she finally remembers the name of the store. 'I went to Crate & Barrel,' she says. 'Does that still exist or no?'"

4. The first time Melania met Donald, he was with another woman and tried to pull a sleazy switch-a-roo.

"Donald had arrived with another woman — and tried to get Melania’s phone number while his date was in the bathroom," Rapkin wrote.

That's the late-'90s equivalent of meeting on Tinder. Trump's nothing if not "classy".

5. Melania is as obtuse as her husband on immigration.

She immigrated to the U.S. by means of an H1-B visa that "generally requires a bachelor's degree or higher" (which she doesn't have) and, "due to some congressional technicality,"  disproportionately favors models over computer scientists by a ratio of 2:1.

In short, Melania Trump by no means took a conventional route to citizenship. She very much lucked out.