"Kristen Stewart booed" isn't as bad as it sounds: At Cannes, heckling often means you're doing something right 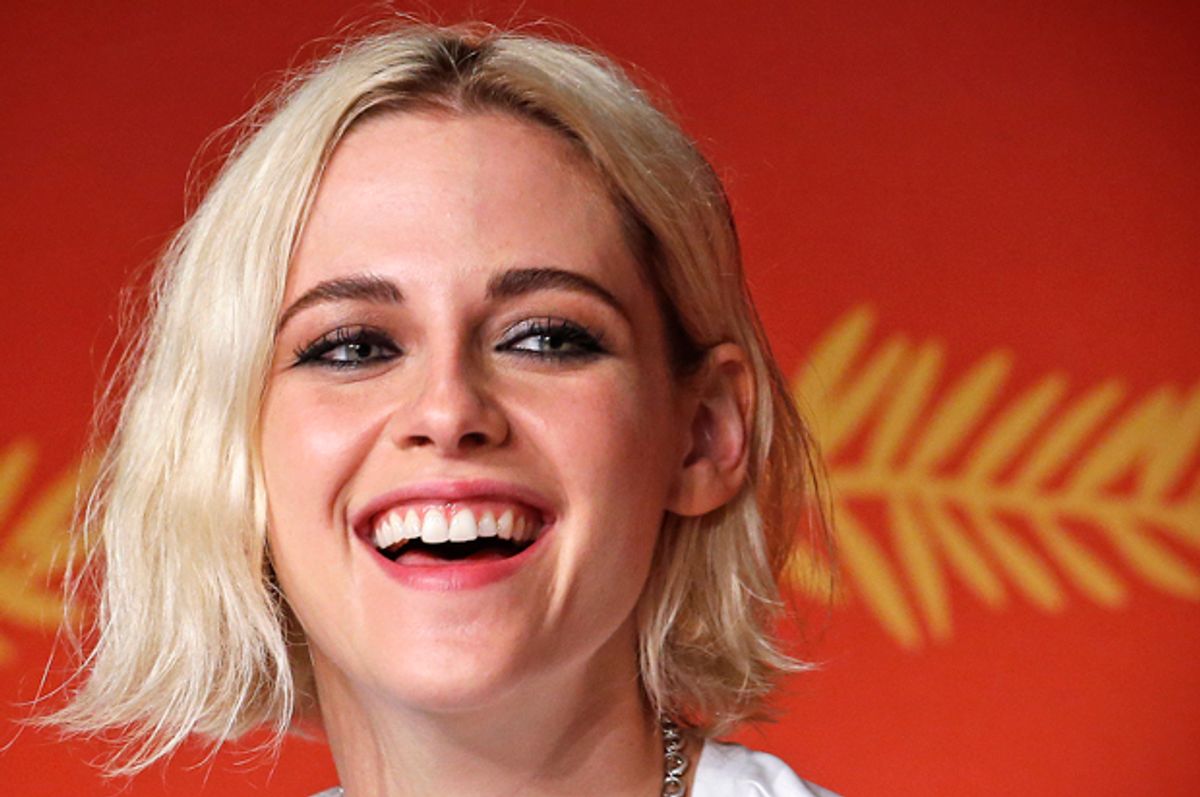 It’s perhaps fitting that the first movie booed at this year’s Cannes Film Festival is a ghost story.

Oliver Assayas’ “Personal Shopper,” the supernatural psychological thriller starring Kristen Stewart as a fashion designer’s assistant (who can also communicate with the dead), drew jeers after screening at the prestigious French fest. It was the director and actress’ second trip to Cannes together, following the 10-minute standing ovation for "Clouds of Sils Maria" in 2014; that film was so well-liked in L'Hexagone that Stewart became the first American actress to win a Cesar for her performance. The former “Twilight” star was also busy this year promoting the Woody Allen comedy “Cafe Society,” which also debuted at Cannes to a mixed reaction from the press. (Notably, that was more due to its director’s personal history than the film’s quality.)

Assayas’ film follows a long tradition of movies getting booed by French audiences. Sometimes this takes the form of a small smattering of discontent: After Sofia Coppola’s “Marie Antoinette” got infamously heckled following its 2006 debut, critic Roger Ebert clarified that “not more than five people, maybe 10, booed.” Other times the disdain is unanimous: Critics savaged last year’s “Sea of Trees,” starring Matthew McConaughey and Naomi Watts, so badly that it still hasn’t found distribution in the United States. This is despite the fact that it’s directed by beloved auteur Gus Van Sant, whose “Elephant” was a huge Cannes success story in 2003. The reaction to 2014’s “Only God Forgives” was equally hostile. Its director, Nicolas Winding Refn, is gunning for two in a row with “The Neon Demon,” his most recent entry in the fest.

If decorum at Cannes has previously been referred to as an “ugly, animalistic thing,” the jeers are not without their rewards. After “The Tree of Life” was heckled, it went onto win the Palme D’Or. The same was true for movies like “Pulp Fiction," “Taxi Driver,” and “Wild at Heart.” Although Michelangelo Antonioni’s “L’avventura” was beat out by “La Dolce Vita” for Cannes’ top prize, it’s now regarded as a cinematic masterpiece. “The White Ribbon” became Michael Haneke’s first Palme D’Or winner in 2009, but Tarantino’s “Inglorious Basterds” went onto become one of the idiosyncratic director’s biggest box office hits, while earning a Best Picture nomination.

While time may vindicate some, the press reaction—at its worst—has a way of killing original, if polarizing, movies that deserve to be seen and debated by audiences. After screening an unfinished version of “Southland Tales” in 2006 to brutal reviews, Richard Kelly (who previously helmed “Donnie Darko”) had an extraordinarily difficult time getting the film released. (The writers’ strike didn’t help.) The movie, which starred Dwayne Johnson and Seann William Scott, was set in Los Angeles on the verge of apocalypse and made just $250,000 in the theaters. After being left to die by audiences, “Southland Tales” would gain a considerable cult following on DVD, as well as generating a budding critical reappraisal. (I maintain “Southland Tales” is garbage, but I know lots of smart people who think differently.)

Films like David Cronenberg’s “Crash” and Lars von Trier’s “Antichrist” are likewise messy and imperfect, but they are provocative and unforgettable, even if you would desperately like to be able to erase them from your mind. Many movies booed at Cannes are just plain bad (I cannot overstress how truly, incredibly terrible “Only God Forgives” is), but what frequently makes the festival’s entries worthy of derision is that they push our buttons and dare to do something different. During a time in which mainstream moviemaking is becoming increasingly conservative—giving audiences the same superhero movie that they’ve already seen 20 times—that fact should be rewarded, not derided.

From the sounds of it, “Personal Shopper” appears to be drinking the same tea. Assayas’ film has been called a “hot mess,”  but critics have also applauded the divisive genre-bender for being unconventional and daring. According to IndieWire’s Eric Kohn, the movie “experiments with the minutiae of film language as only a master of the medium can do.” “Personal Shopper” drew a rave from Time Out London, while The Guardian’s Peter Bradshaw even compared it to the great “Breaking the Waves.” Despite the mixed reaction, critics agreed on one thing: Kristen Stewart gives the best performance of her career in it. Bradshaw called the promising young actress “tremendous”: “[S]he is calm and blank in the self-assured way of someone very competent, smart and young, yet her displays of emotion are very real and touching.”

If “Personal Shopper” was booed by festival audiences, that doesn’t mean you shouldn’t check it out—in fact, quite the opposite. While having the French thumb their nose at you might be a death knell for some movies, it may—for others—just be a badge of honneur.