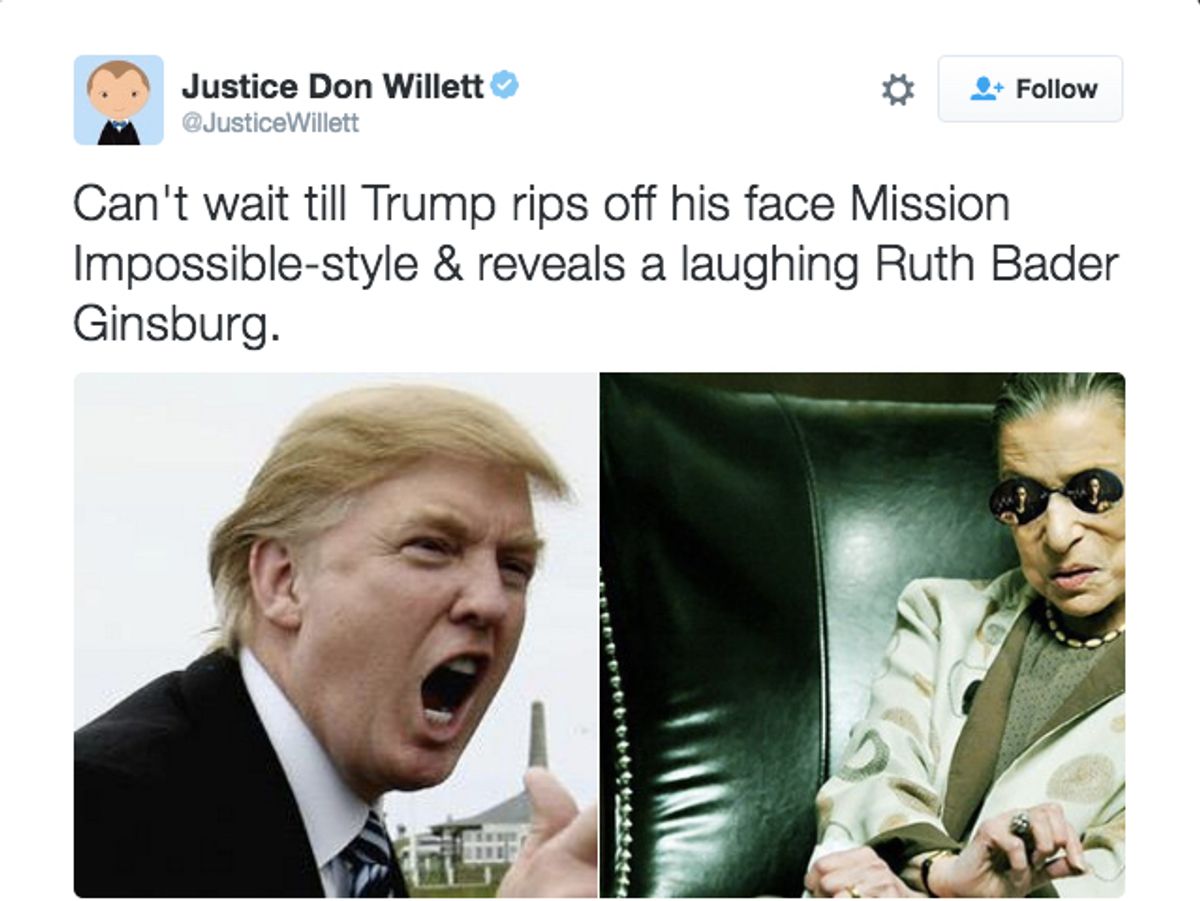 (Twitter via Don Willett, a justice on the Texas Supreme Court who was included in Trump's Wednesday list of potential nominees)
--

Presumptive Republican presidential nominee Donald Trump got a little presumptuous on Wednesday and released a list of 11 potential Supreme Court picks likely to come out of a Trump administration should the political novice take the White House in November.

An apparent stunt meant to placate skeptical conservatives without having to be bothered with expounding on actual policy plans, Trump's list included a mix of stalwart conservative federal justices who have been repeatedly mentioned by Republicans as suitable for the high court as well as some lesser known state judges.

One of the well known conservative justices named by Trump, Texas Supreme Court Justice Don Willett, worked for George W. Bush for many years --  and based on his Twitter account -- is no fan of Trump.

The blustery businessman who has taken to his preferred social media platform to go after adversaries for years, has actually been on the receiving end of some of the best trolling on Twitter from Willett. Named the “Tweeter Laureate of Texas” by the state legislature in 2015, Willett has loudly professed his own love for the popular social media platform and garnered attention in the past for his comical critiques of Trump in 140 characters of less. According to Business Insider, Willett has trolled Trump with nearly 30 different tweets since 2013.

Below are just some of his finest examples of Trump trolling on Twitter:

Trolling Trump via the law: