"Let's talk about us": Megyn Kelly's on-air therapy session with Donald Trump got a little weird for awhile there

Trump said her question was the first one he'd ever been asked in a debate, except for his whole life, which is one 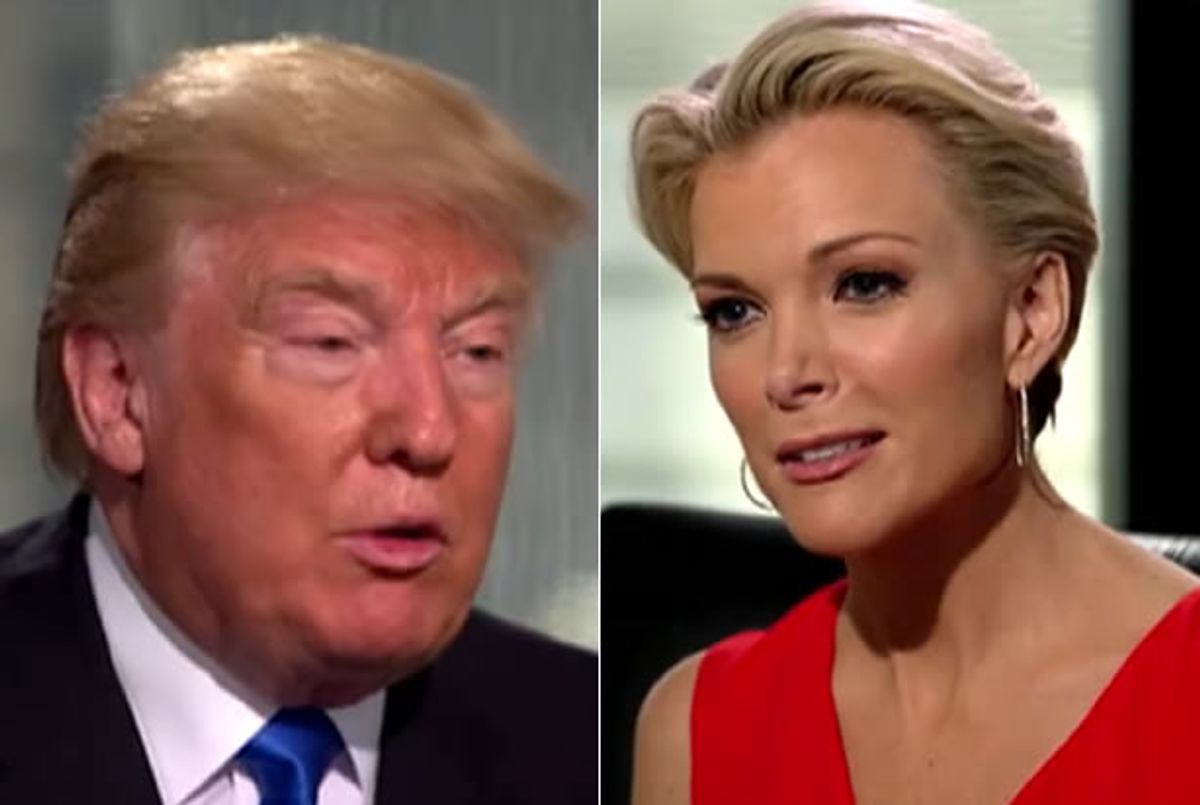 Megyn Kelly's much ballyhooed tête-à-tête with Donald Trump was exactly as awkward and fawning as most predicted it would be -- but never was it more awkward than when she asked the presumptive Republican nominee to discuss what he felt was the origin of the bad blood between them.

"I thought [I had asked] a fair question" about his long history of sexist comments. "Why didn't you?"

Trump responded that he did, in fact, "think it was unfair," because "I didn't think it was really a question. I thought it was more of a statement."

He noted that "that's the first question I've ever been asked during a debate. I had never debated before -- I mean, my whole life is a debate, but I have never actually debated before."

And because Trump is himself, he felt obliged to discuss the fact that even though he thought the question was unfair, it made for good television.

"I don’t really blame you because you are doing your thing," he said. "You have to do your thing, and from an entertainment standpoint, it was fantastic. You got the highest ratings in the history of cable television, 24 million people. I give you credit for it actually."

However, he concluded, "from my standpoint, I don’t have to like it."

Watch the entire interview below via Megyn Kelly on Facebook.