When Marvin got that feeling: The coke-addled, heartbreak-fueled story behind "Sexual Healing"

Lovesick and desperate for a hit, Gaye turned to writer David Ritz. We've been sexing to their song ever since 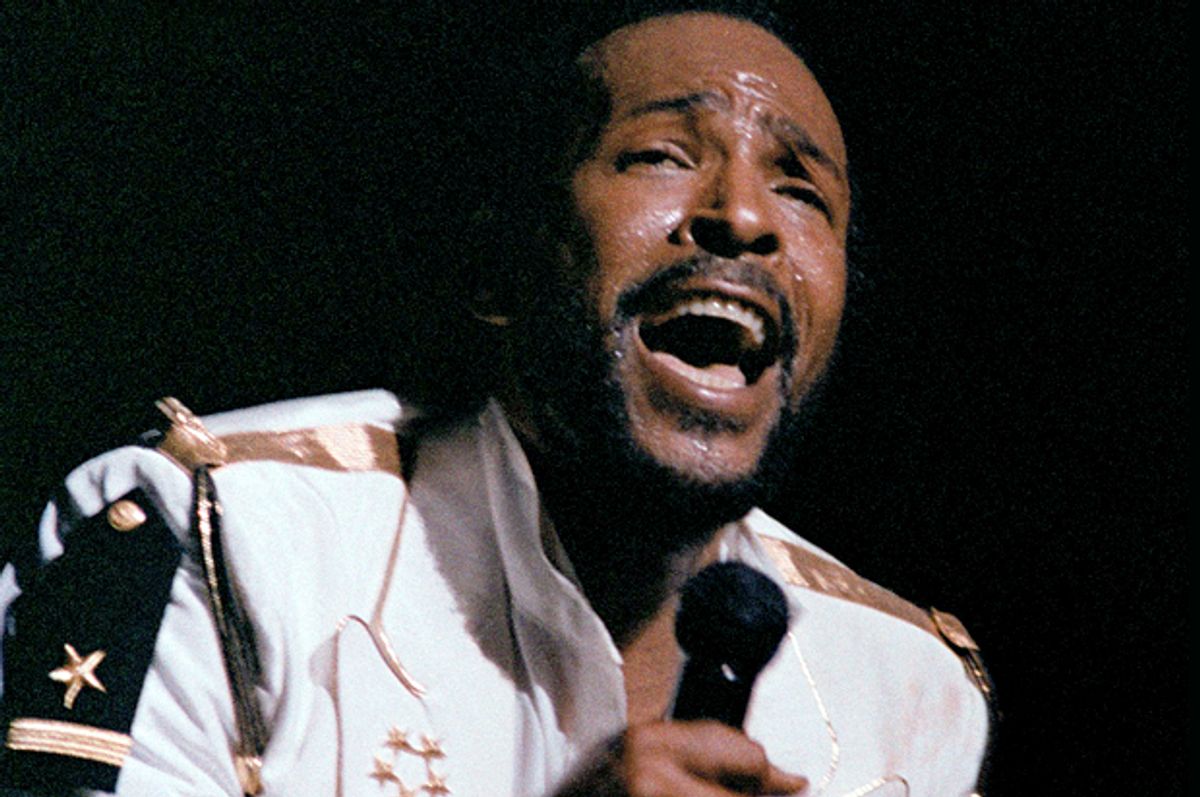 “Sexual Healing,” a hit Marvin Gaye song, was not actually authored solely by Marvin Gaye. How the song came about is a long story that involves music writer David Ritz.

"When I met [Marvin Gaye], the intense drama in his life had just begun,” Ritz says. “He was in the throes of a tumultuous new marriage, which also ended in divorce. But I also met him at a strange time in his career because he was cold — he hadn't had a hit since ‘Got To Give It Up.’ ...

"I went on tour with him and I did a lot of work, a lot of interviews and then, you know, one day he's gone. The tour was over, but he had an album to complete and he didn't want to complete it. ... He was just was just in disarray and emotional disarray and very depressed and used cocaine as a kind of an antidepressant. And that had, obviously, all kinds of complications.”

Ritz attempted to sell the autobiography he was writing on Gaye, but with the artist not turning out any more hits, no publishers were interested.

“I tried to get a deal for this autobiography, you know, so we could get some money. Because I spent all this time with him without a contract, without any income,” Ritz says. “But I couldn't get a deal. You know, all the publishers said, ‘We aren't interested in a Marvin Gaye book. He hasn't had a hit since, you know, way back when.”

Gaye, meanwhile was traveling the world. He lived on the beach in Hawaii, and in England for awhile. Eventually he settled down in Ostend, Belgium, for a time. And he called and invited Ritz for a visit.

“So I jumped on the plane and went to Ostend, Belgium,” Ritz says, “I went up to his apartment and on his coffee table was this ... kind of cartoon pornography in which women were violated in sort of awful ways and I looked at it and i said, ‘Marvin, this is some sick [expletive]. What are you doing? What you really need is sexual healing.’"

"While we had this conversation about the porn, he had this rhythm track that was playing on a boom box and it had this reggae beat, this really intoxicating groove and he was looking for lyrics, sort of looking for a story that went with the song. And when I said, you know, ‘What you need is sexual healing,’ he kind of said to me, 'I love that idea. What is that?' and I said, ‘It's just that, you know, you find a woman who loves you for you. When you love her in pleasure and you forget about pain, love is a positive thing and not some perversely complex twisted thing.'

"And he said ‘I like that concept. Why don't you write a little poem?’ So I sat down and I wrote a little poem, ‘When blue tear drops are falling ... what you need is sexual healing,’ and I handed it to him and he took them."

"We really wrote the song in maybe five minutes or 10 minutes or 12 minutes. You know, it all happened really quickly.”

Ritz didn’t think too much of the song, but after he was back in the US, Gaye recorded “Sexual Healing,” released it, and it became a huge hit. Gaye wrote a brief thank-you note to Ritz on the album, but never paid Ritz for helping create the song. When Ritz asked Gaye for money, Gaye put him off.

Ritz didn’t know what to do, so he turned to a friend in the music industry for advice.

“[I asked] an old friend of mine’s producer, who used to run Atlantic Records, and I asked him and he said, ‘Sue him!’” Ritz says. “And I said, I can't sue Marvin Gaye — he's my idol, my friend. And he says, Sue him!' and he hung up the phone on me. So I sued him. You know, I figured that was good advice and it was painful. And in the midst of the suit, he [Gaye] was killed.”

After Gaye’s death, the suit was settled by Gaye’s estate.

“It was this ironic thing the way I won the lawsuit,” Ritz says. “I was in this exchange with Martin when we actually wrote the song. It was in the middle of my interviewing him, so I had a tape of us doing it, of him saying, ‘Oh, these are great lyrics you wrote and this is a big hit we've done.’ So once his estate found that out, we never went to trial and I was listed as a co-author of the song.”

This story is based on an interview that aired on PRI's Studio 360 with Kurt Andersen.