Lieberman has repeatedly called for the "transfer" of Palestinians from Israel, and has been compared to ISIS 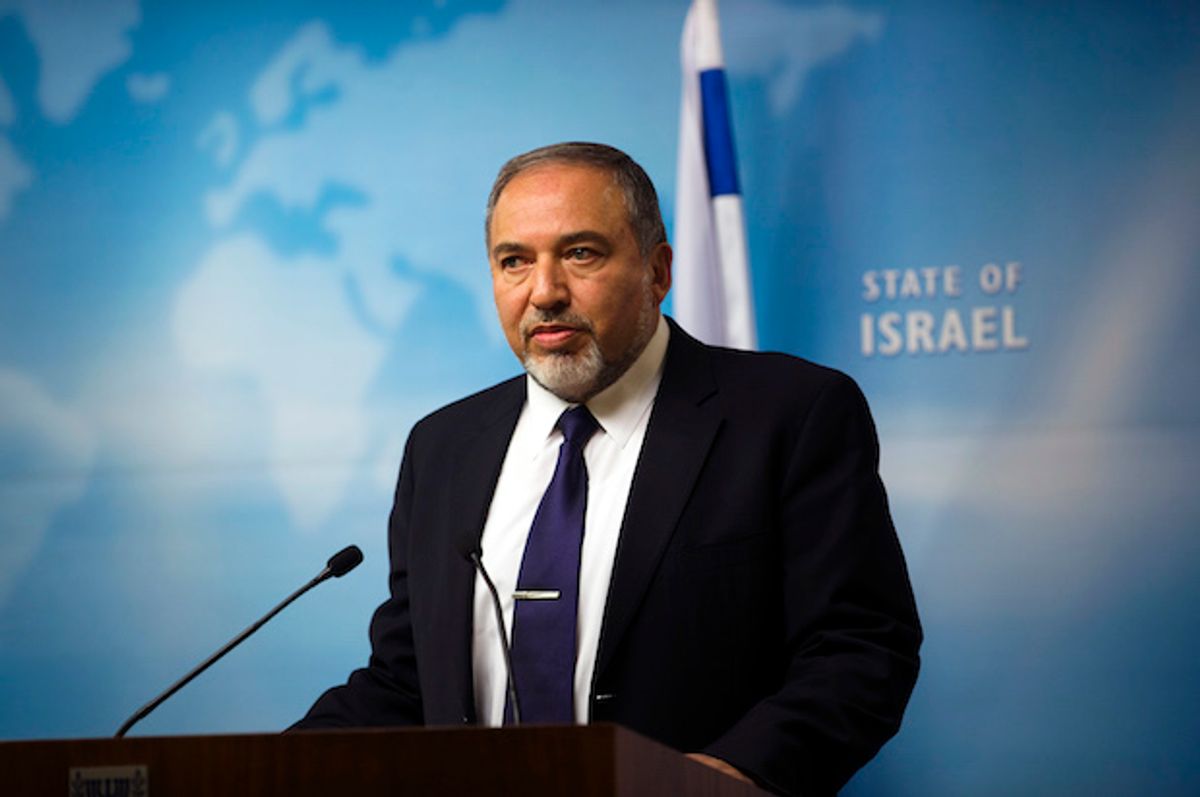 One of the most extreme members of the Israeli government will soon serve as defense minister.

Israel's hard-line right-wing Prime Minister Benjamin Netanyahu met on May 18 with far-right politician Avigdor Lieberman. Netanyahu offered him the positions of minister of defense and minister of immigrant absorption, and Lieberman accepted the defense minister offer, the Israeli media reported.

Lieberman is the founder and leader of the far-right Yisrael Beiteinu party. He served as Israel's minister of foreign affairs from 2013 to 2015 and 2009 to 2012.

While serving as the foreign minister in March 2015, Lieberman declared that Palestinian citizens of Israel who are disloyal should be beheaded.

"Those who are against us, there's nothing to be done – we need to pick up an ax and cut off his head," Lieberman asserted at Israel's "Voting for Democracy – 2015 Elections" conference. "Otherwise we won't survive here."

At the conference, he also reiterated his support for expelling at least some of Israel's Arab citizens from the country. Lieberman has repeatedly proposed "transferring" Palestinians from Israel.

Lieberman's fascistic decapitation proposal led a member of Knesset, Israel’s parliament, to characterize him as the Jewish version of the so-called Islamic State, or ISIS/ISIL.

Meanwhile, major U.S. media outlets, including the New York Times, failed to report on Lieberman's ISIS-like call. (There still appears to be no mention in the pages of the American newspaper of record.)

Prominent Middle East scholar Juan Cole has described Lieberman as a "far-right extremist," noting he is "dogged by accusations of corruption (though acquitted in the Israeli courts) and widely considered a racist and flamethrower."

"There is no European cabinet minister who comes close to Lieberman’s far, far right positions, and if there were he or she would be boycotted by the other Europeans," Cole said, adding that, if one had to made a connection, Hungary’s neo-fascist party "comes closest to the themes of the ruling Israeli far right at the moment."

Lieberman has a long history of proposing fascistic policies. In 2003, he asserted that thousands of Palestinian prisoners should be drowned in the Dead Sea, adding that he would happily provide the buses to take them there.

In an interview with right-wing Israeli news outlet Ynet in February 2015, Lieberman threatened new wars in Lebanon and Gaza, insisting "a fourth operation in the Gaza Strip is inevitable, just as a third Lebanon war is inevitable."

He made these remarks just six months after the Israeli military killed more than 2,250 Palestinians in Gaza, roughly two-thirds of whom were civilians, including 550 children, according to the U.N.

In the 51-day assault, for which human rights organizations accused the Israel Defense Forces of war crimes, almost 150,000 housing units were damaged or destroyed, more than a quarter of Gaza's population was displaced and 100,000 Palestinians were left homeless.

When Israel carried out another brutal bombing campaign in the illegally occupied Gaza Strip in 2002, Lieberman, then infrastructure minister, insisted that the Israeli military should obliterate Palestinian civilian areas.

Lieberman is in fact so extreme that he refused to be a part of Israel's current right-wing government when it was elected in early 2015, insisting it was not "nationalist" and far-right enough.

With his acceptance of the defense minister position, Lieberman's Yisrael Beiteinu party is slated to become part of the Israeli government, establishing a strong right-wing majority.

Lieberman will join several other extreme right-wing figures in the Israeli cabinet.

In a Facebook post on July 2014, Shaked shared the text of an extreme 12-year-old article that she insisted remained "as relevant today as it was at the time." The text Israel's now-justice minister endorsed refers to Palestinian children as “little snakes” and insists that “the entire Palestinian people is the enemy,” calling for its complete destruction, “including its elderly and its women, its cities and its villages, its property and its infrastructure.”