It's National "Send a Nude" Day! Twitter's hashtag holiday eggs on one of our most frustrating dating habits 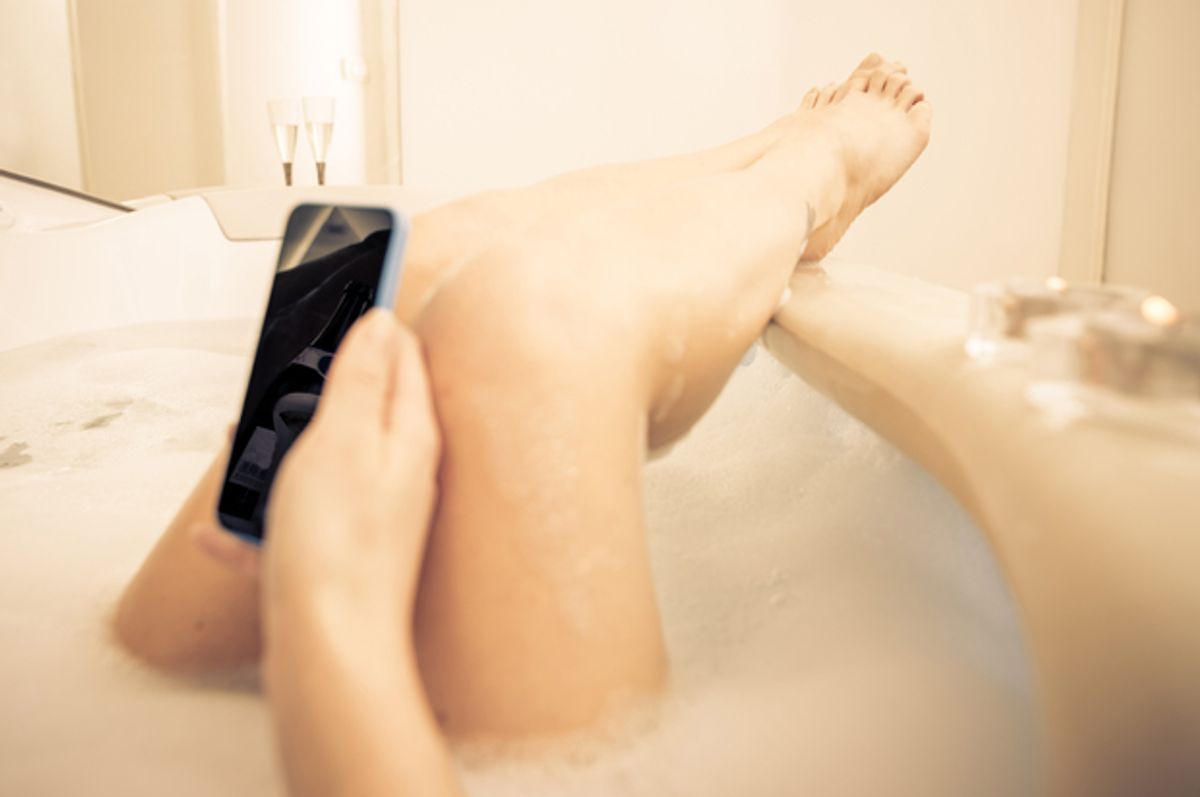 I’ll be the first to confess I’m a sucker for a hashtag holiday. #NationalDogDay? As if I need another reason to post a photo of my cocker spaniel. #SiblingDay? My sister and I have some seriously cute baby pictures.

Today, however, marks a slightly more complicated pseudo-holiday to celebrate. Happy #NationalSendANudeDay, y’all! According to Twitter, today marks the very first occasion in which we’re actively encouraged to strip down and distribute NSFW photos to… who exactly? Our followers? Our significant others? Exes who need a not-so-subtle reminder of what they’re missing?

How will we prove participation if we don’t share it to myriad social media platforms? Is getting reported for inappropriate content worth risking FOMO? The answer to that question is as varied as the many different forms of naked pictures one might opt to send.

Naked photos have become ubiquitous in our culture because we’ve apparently grown bored by communicating with one another the old fashioned way -- actual words -- and phone sex is weird because no one talks on the phone anymore.

A recent study by McAfee (yep, same company that does computer security) found that 49 percent of Americans have sexted. Look at the person to your left, now to your right. Chances are at least one of them has sexted recently.

It’s no big brain teaser that people might enjoy sending or receiving a naked photo. First of all, humans are largely visual creatures, and there’s a certain naughty rush to opening a tawdry text in the middle of the day. Men seem to be the biggest advocates of sending and receiving naked photos, which I mean isn’t all that shocking.

New York Magazine recently talked to a number of men to get their take on the pleasure that stems from sending risque photos. For many, it’s a digital form of peacocking -- a virtual display of virility.

“For me, dick pics are the ultimate sign of confidence. It's important to let a girl know exactly how ready I would be in a situation where she would need me to be naked. When all the hints of my desperation have been sent verbally or in text, the logical next move is the dick pic,” said one respondent.

For others, it’s about reciprocity. One respondent reported if a woman shares a photo featuring nipple, he feels the need to send a dick pic to keep things equal. Tit-for-dick, as it were. And they say chivalry is dead.

The problem is many men supremely overestimate women’s desire to see what they’re working with. Because of differences in both anatomy and sexual physiology, men and women are turned on differently. Men are more visual (duh) and women tend to prefer emotional and physical cues to get turned on.

Deadspin then published its own take on who exactly is sending these sorts of photos, and decided it’s a largely absurd and unwelcome move.

Writer Albert Burneko asks readers if sending nude photos is now typical dating behavior, and I fear he might be right. The sad part is that it seldom seems to be out of sexual desire, and more about alleviating boredom.

Several friends and I have laughed about the texts we’ve received from boyfriends, husbands, etc. during the middle of the day with messages reading little more than “show me your boobs.” Did he suddenly get an overwhelming sense of desire for me he needs to satiate before seeing me IRL? Chances are he’s bored in a meeting.

The objectification of bodies isn’t a new phenomenon, but the expectation that such photos are so readily available speaks to the entitlement of our culture. As if such personal images ought to be as conveniently accessed and distributed as a cute cat GIF. It’s not about titillation or sexual potency, but rather the access we have to each other’s bodies without running the risk of a more intimate interaction. We see the images of photographic proof of the person’s physical form and sexual availability, and can choose to proceed in a number of ways that doesn’t require any further interaction -- or even communication -- with the sender. We make ourselves naked but invulnerable, and question why we don’t yet feel fulfilled, let alone satisfied. Maybe it’s a turn-on to be able to turn our interactions on and off so readily, to distance ourselves while exchanging up close and personal images. Maybe some day we’ll be able to celebrate emotional vulnerability as a hashtag holiday.