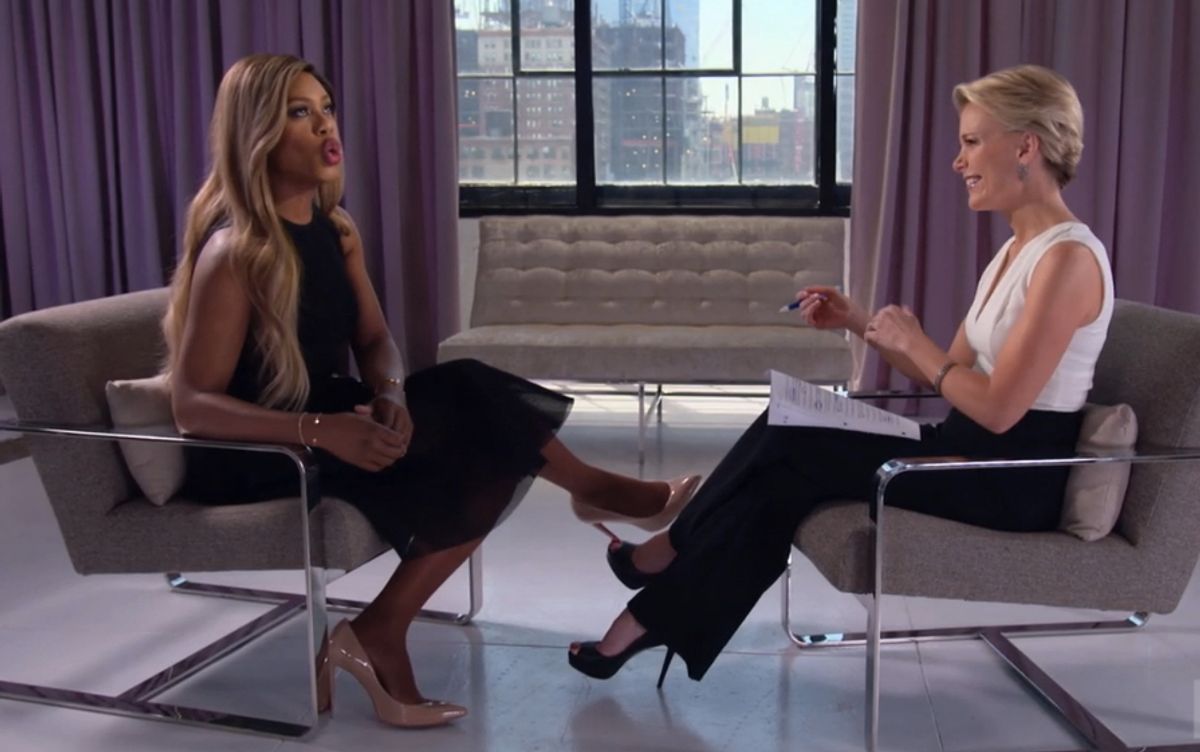 Megyn Kelly is fighting back against widespread criticism of her first Fox one-hour special featuring her marquee make-up with Donald Trump by essentially shrugging off the reviews as the work of haters, but now other interviews from the special have come under scrutiny from someone who can hardly be described as a hater.

"Orange is the New Black" star Laverne Cox claimed that perhaps the most newsworthy portion of her sit-down with Kelly never actually made it on-air.

On Twitter Tuesday night, Cox responded to the Fox News host's broadcast special and online critiques that there was no mention of any of the federal, state or local pieces of recent legislation or policy aimed at either targeting or accommodating transgender people in America. Cox, of course, is the most high-profile transgender actress in Hollywood.

"We did talk about legislation," Cox insisted, "specifically North Carolina's unconstitutional #HB2 but it didn't make it to air":

As Media Matters' LGBT Program Director Erin Fitzgerald points out, it is no surprise that Kelly did not want her broadcast debut to include any discussion of the very legislation directly impacting the live of her interview subject:

Megyn Kelly’s interview with Laverne Cox will likely be touted as evidence of Kelly’s ability to buck her network’s conservative slant, especially when it comes to transgender issues. But beyond her Cox interview, Kelly has consistently misgendered trans people, spouted anti-trans rhetoric and used her show to repeatedly elevate hate group leader Tony Perkins, one of the most extreme anti-LGBT voices in the country, lending him mainstream credibility even as he peddles harmful smears against LGBT people.

Of course, Cox, who recently revealed that she was frequently bullied as a young child, specifically called out North Carolina's discriminatory HB2, the so-called bathroom ban.

"Discriminatory bills like HB2 in North Carolina misgender trans people," Cox recently told students at the University of Wisconsin-Madison. "Misgendering a transgender person is an act of violence."