A parting gift for the nation's capitol, of sorts, from a retiring U.S. senator 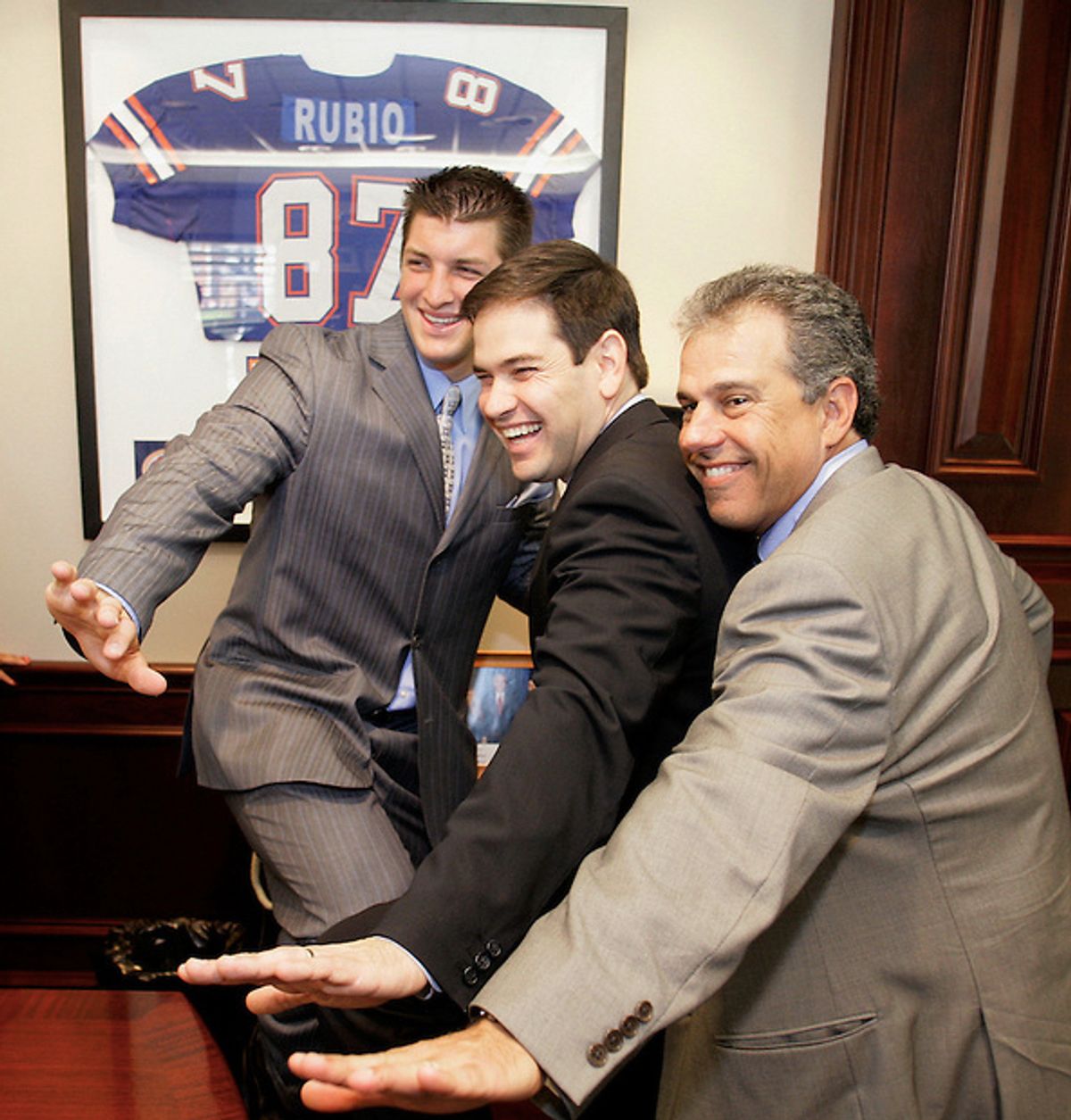 Failed presidential candidate and freshman Florida Senator Marco Rubio has a suggestion for which prominent Floridian should replace Confederate General Edmund Kirby Smith alongside John Gorrie, the father of refrigeration and air conditioning in the U.S. Capitol's National Statuary Hall.

The Florida state legislature recently approved a bill to remove a statue of the confederate general, and Florida residents have been asked to submit names of famous Floridians to be considered for a new statue. On Wednesday, the soon-to-be retired Florida lawmaker offered the 28-year-old Tebow as his personal pick:

Tebow, the 2007 Heisman Trophy, winner enjoyed successful college career while at the University of Florida, before briefly becoming a phenomenon in the NFL and icon of anti-abortion evangelicals. However, his NFL career quickly fizzled within a few seasons.

Rubio, who graduated from Florida in 1993, often bragged about his alma mater while on the campaign trail before dropping out, once saying, “Look, I don’t have anything against Florida State. I think there has to be a school where people that can’t get into Florida can go to college, and so that’s why we have Florida State.”

Tebow -- whose new book, “Shaken: Discovering your True Identity in the Midst of Life’s Storms,” comes out in the fall -- isn’t even eligible to replace Smith in the National Statuary Hall Collection because the former quarterback will not have been deceased 10 years or more by the end of the year.

The Division of Historical Resources will review the candidates on June 22. Three finalists will be passed along to the 2017 Florida Legislature before a final decision.