Megyn Kelly slams "Daily Show" critique of her fawning Trump interview: "So grateful I have men like Trevor Noah to advise on how to deal with gender attacks" 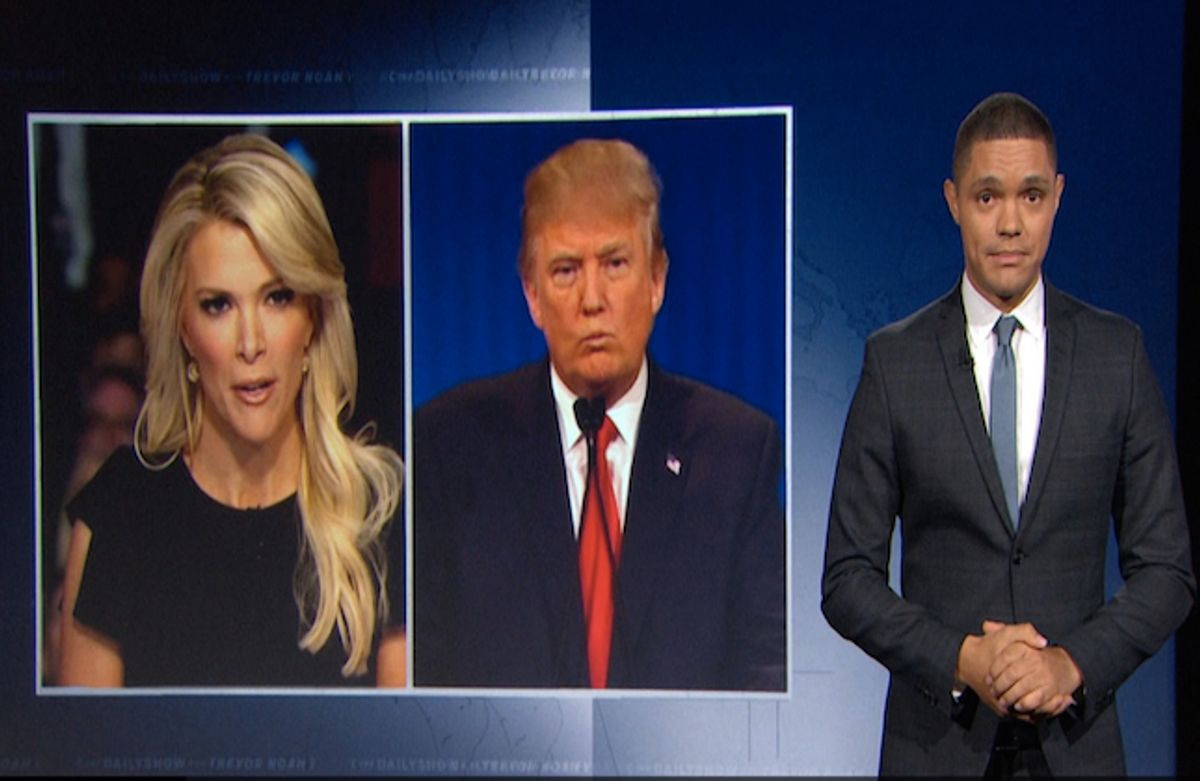 Megyn Kelly endured months of vicious attacks from Republicans' presumptive presidential nominee, Donald Trump, and his most rabid online supporters without lashing out or directly returning fire once. But after her much publicized reconciliation with the former reality TV star this week was met with widespread criticism, the Fox News host proved she can be as quick to express her temper on Twitter as her former nemesis.

"So grateful I have men like Trevor Noah [to] advise on how to deal [with] gender attacks," Kelly tweeted Thursday morning, responding to the Comedy Central comedian's takedown of her Fox special with Trump.

On the Wednesday edition of the "Daily Show," host Trevor Noah was dismayed that Kelly was so chummy with the candidate that called for a boycott of her show, remarked she had blood coming out of every orifice on her body and referred to her as a bimbo.

Trump was nasty to you and "you're just laughing it off?," an incredulous Noah asked.

Responding to his critique that she offered Trump a softball interview, the Fox News anchor who frequently rails against liberal college campuses' diversity programs as inappropriate, suggested that as a man, Noah, was actually unable to properly remark on how she should respond to sexism or gendered attacks:

Back on her own Fox News show (her Trump make-up session was a special on Fox) Wednesday night, Kelly assailed her other media critics, arguing that they may have ulterior motives.

It is “possible that some of these folks don’t like Trump, or Republicans, and wanted to see me take him out,” Kelly told Fox News' media critic, Howard Kurtz: