Krystal Lake has been bombarded with racist vitriol since her photo went viral. Now her job could be at stake 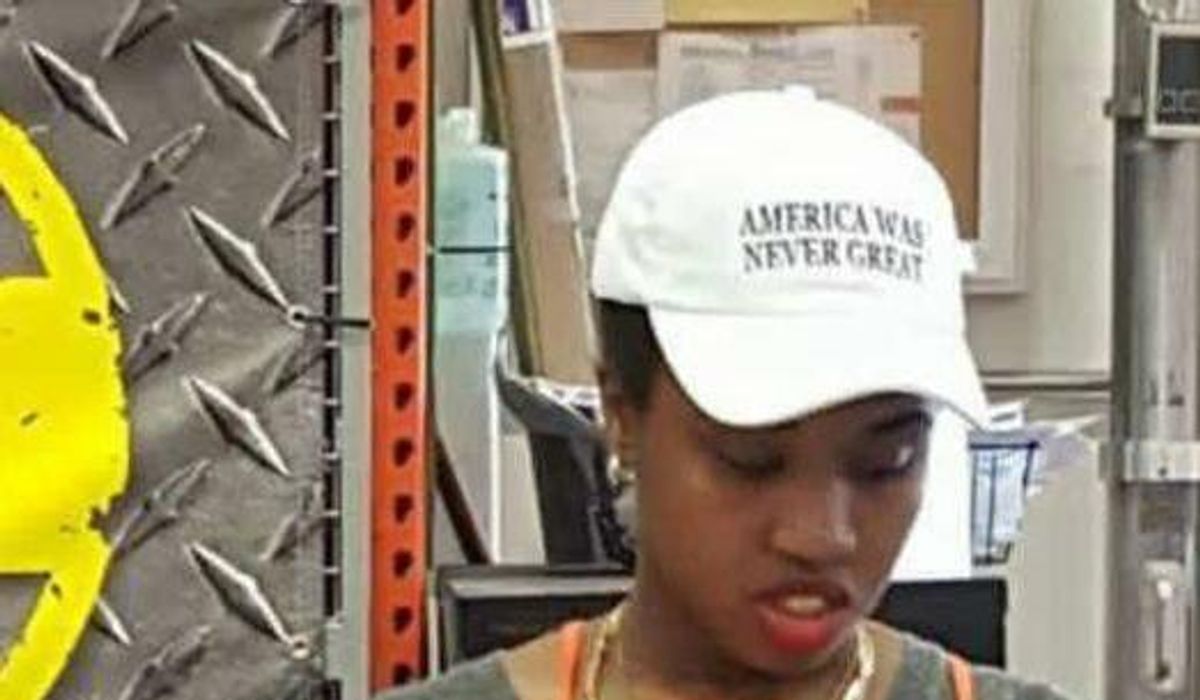 Krystal Lake, a 22-year-old Staten Islander and student at the College of Staten Island, elicited a firestorm of hate tweets after a photo of her wearing an “America Was Never Great” hat went viral.

Lake wore the hat during her Sunday shift at Home Depot in a silent protest against Republican frontrunner Donald Trump. By Wednesday, she awoke to panicked friends and co-workers telling her to check her social media accounts.

"Everyone kept asking me if I was on Facebook or Twitter, which I hadn't been, and then I saw how many people were sharing and that it was going viral,” Late told silive.com.

"I was honestly shocked. I didn't expect any of this to happen,” she said.

Lake, who is a Bernie Sanders supporter, said she’d wear the hat again despite offending Trump supporters. ”Trump is very rash and in your face, but when someone else has a message against him, his supporters can't take the criticisms,” Lake said.

Lake said she’s been inundated with racist messages and death threats. "People have been saying really racist things to me and that they're going to come and find me and that what I said is disgraceful and I hate America—but I don't hate America."

“The point of the hat was to say America needs changing and improvement. I don't think it's a positive message to say, let's look to the past," she said, insisting she knows “there are a lot of opportunities here.”

"I just wish we would worry about making America better—not ‘great' again." she said.

Home Depot spokesman Stephan Holmes said the hat does not reflect the opinions of Home Depot, noting that “associates are not permitted to wear items that reflect political statements.”

"Unfortunately, no one on our management team saw her wearing the hat,” Holmes added. “Otherwise, they would have had her remove it immediately.”

Lake did not say whether her job is at stake, but Holmes insisted management will be "following up with the matter to ensure that it will not happen again.”